An Evening with Lenny Henry – Who Am I Again

About An Evening with Lenny Henry – Who Am I Again at New Theatre, Oxford

The legendary Sir Lenny Henry will embark on a brand new UK tour this autumn. Following the October publication of his memoir, Lenny will travel the length, breadth and width of the country with An Evening with Lenny Henry – Who Am I, Again?

In part one of the show, Lenny will take the audience through a jam session of stories both funny and sad – triggered when writing his memoir – from growing up in the Black Country, puberty, school, friendship, family secrets and unashamed racism. With his mother’s mantra of ‘H’integration’ echoing in his ears, Lenny will recount setting out on his roller-coaster ride of a career – but at every stage wondering: Am I good enough? Is this what they want?

In part two, Lenny will be interviewed by a friend, broadcaster and author Jon Canter, for further insights into his life and career. Come and enjoy these honest and tender stories, told with a glorious sense of humour and help Lenny figure out ‘Who Am I Again?’

Lenny said: “I’m looking forward to travelling around and telling these stories. Writing the book was a huge feat and I’m very proud of it – I can’t wait to share more stories and fun about growing up in the Midlands, my early days in the clubs, pubs and discotheques and of course working on Tiswas, Three of a Kind and The Lenny Henry Show. The show promises to be an evening of memories, laughter and fun – I can’t wait to get started.”

About the book Lenny Henry – Who Am I Again?

The heart-breaking, inspirational (and very funny) story of the man who overcame so much, and won a very special place in a nation’s heart. 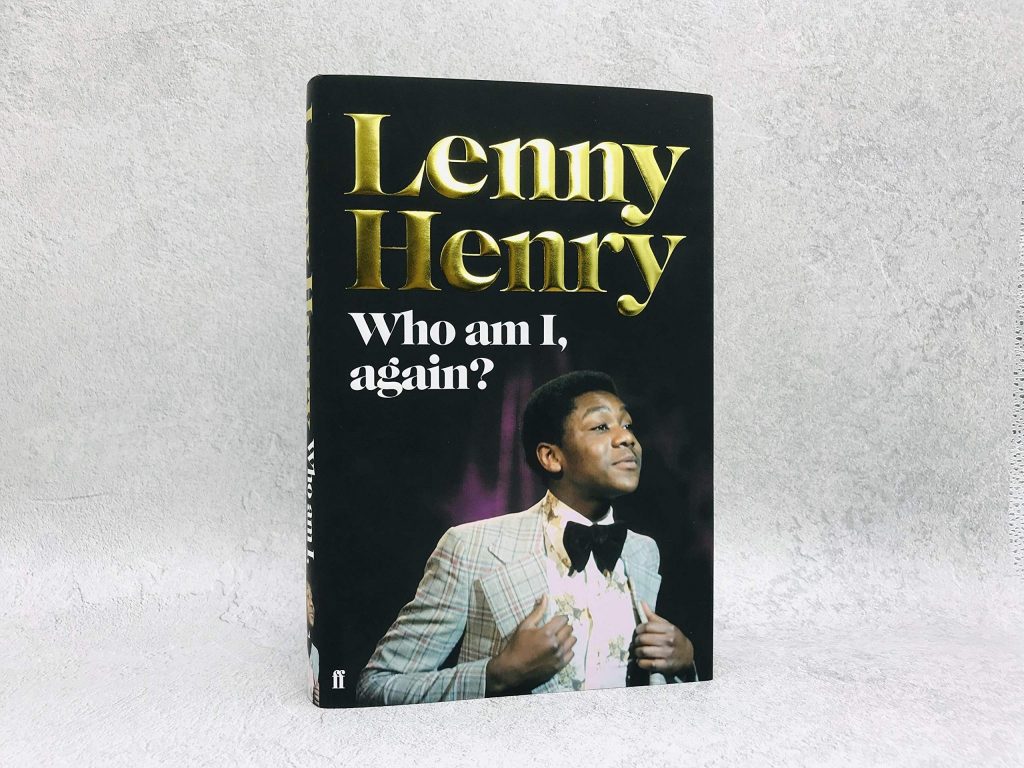 In his long-awaited autobiography, Sir Lenny Henry tells the extraordinary story of his early years and sudden rise to fame.

But 1970s Britain was a hard place and a bewildering experience for a lone black teenager. A natural ability to make people laugh came in handy. At school, it helped subdue the daily racist bullying. In the park, it led to lifelong friendships and occasional snogs.

Soon, it would put him on stage at working men’s clubs and Black Country discotheques -before an invitation to a TV audition changed his life forever.

‘A proper delight to read: honest, revealing, human, and always, at its heart, funny.’ – Neil Gaiman

A BBC Radio 4 Book of the Week