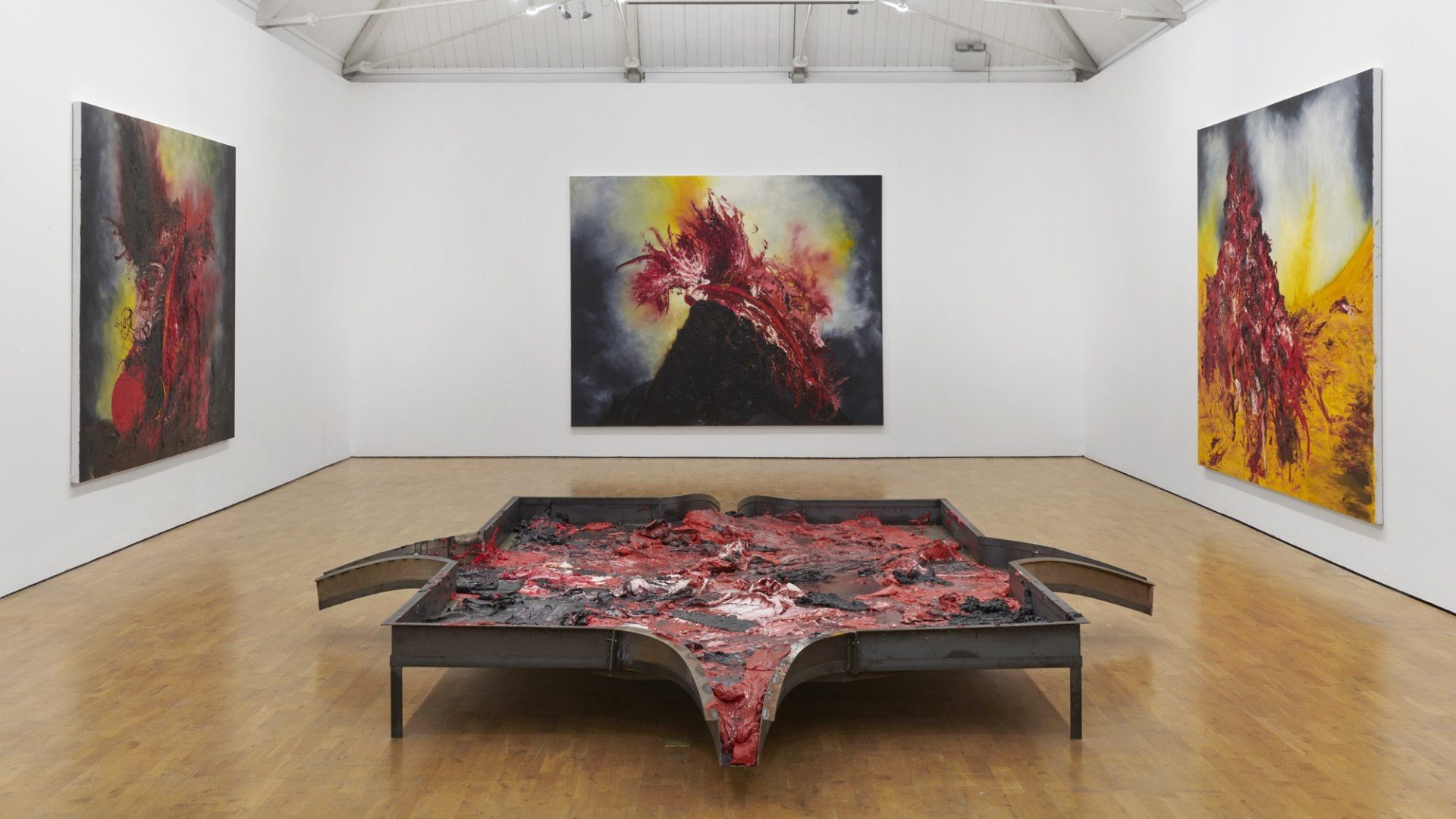 Curated with the internationally celebrated artist, this unique exhibition of paintings by Anish Kapoor will explore the paintings that have been an integral part of his studio practice.

The materiality of Kapoor’s substantial body of new works pushes the boundaries between sculpture and painting into visceral new ground.

Through this exhibition, we can engage with how Kapoor views the vitality of shared social and biological origins – specifically the red blood essential to becoming, being alive and transitioning to death. ‘The art I love, the art I make, I hope, celebrates the sensual while always knowing that decay is close’.

This is the second time Kapoor has exhibited at Modern Art Oxford, the first being his inclusion in India: Myth and Reality in 1982, which showed his seminal sculptural works.

Kapoor’s return to the gallery brings with it an element of unlearning what we think we know about public encounters with art.

Anish Kapoor is a British Indian sculptor specialising in installation art and conceptual art. Born in Mumbai, Kapoor has lived and worked in London since the early 1970s when he moved to study art, first at the Hornsey College of Art and later at the Chelsea School of Art and Design.

In 1991, Kapoor received the Turner Prize and in 2002 received the Unilever Commission for the Turbine Hall at Tate Modern. He received a knighthood in the 2013 Birthday Honours for services to visual arts and was awarded an honorary doctorate degree from the University of Oxford in 2014. In February 2017, Kapoor, who is Jewish, was announced as the recipient of the US$1 million Genesis Prize.

Tickets for entry to Anish Kapoor: Painting are £7.50, with a concessionary rate of £5.00. Friends, Patrons, Director’s Circle and Commissioning Circle supporters of Modern Art Oxford get in free.