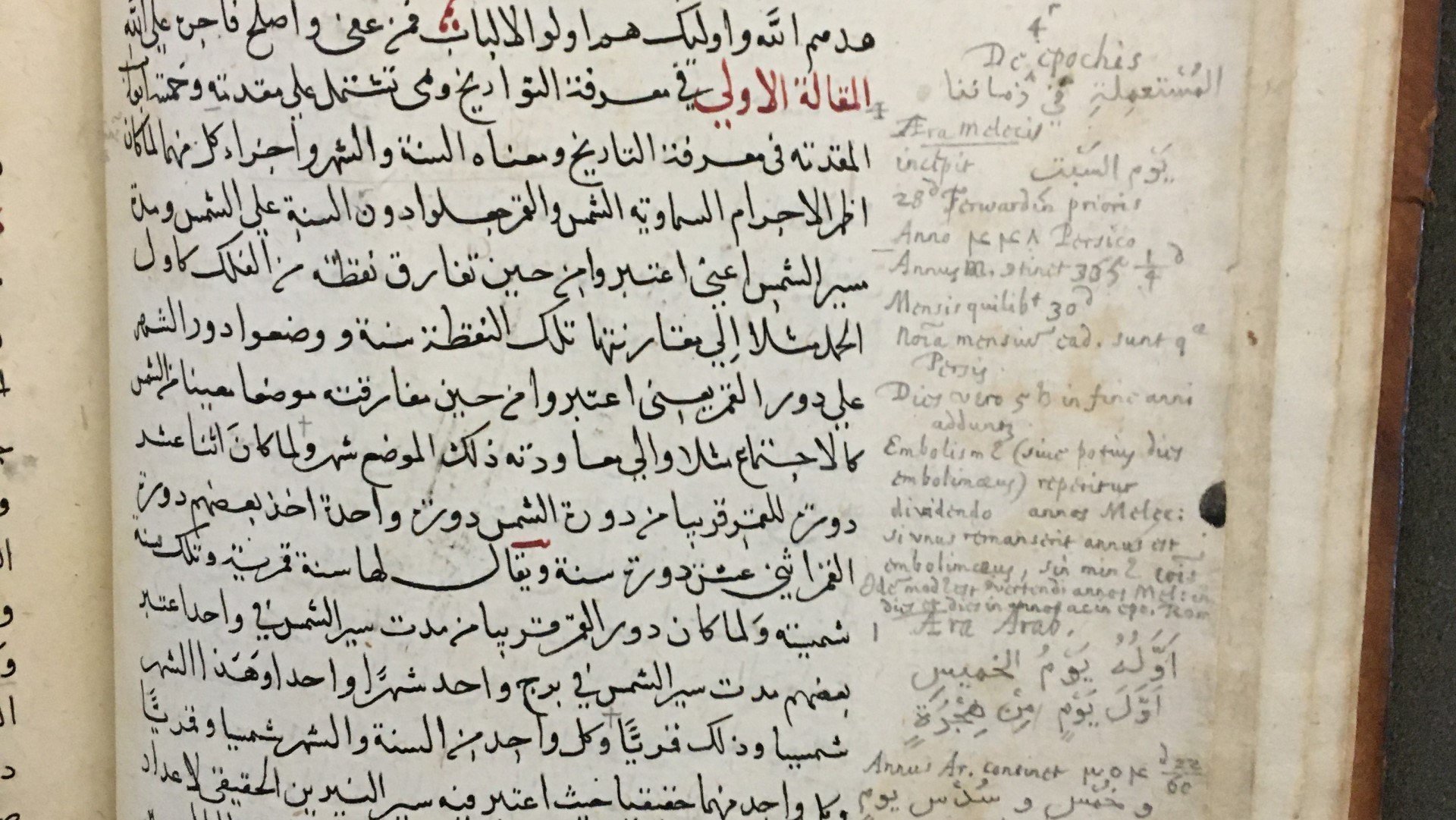 About Arabic Books and Astronomy in Seventeenth-Century Oxford

Professor Julia Bray (Faculty of Oriental Studies) will be talking about a pilot project funded by her college, St John’s, to photograph and document some of the annotations made by seventeenth-century Oxford astronomers in Arabic books and manuscripts in the Bodleian Library and St John’s College Library. Some of them were transcribed by Raymond Mercier in the 1990s, but recent technologies give us new means to record them visually, show them to the public and make them more fully accessible for research. Julia will talk about practical issues encountered in the early stages of this new project.

​​​​​​​Professor Julia Bray studied Arabic at Oxford and went on to teach at the universities of Manchester, Edinburgh, St Andrews and Paris 8 Vincennes-Saint Denis before becoming AS AlBabtain-Laudian Professor of Arabic at Oxford. As a fellow of St John’s College, she has access to some of the Arabic astronomical manuscripts collected for Laud early in the seventeenth century, hence this project. As a student of medieval Arabic literature, her subjects include Arabic picture poetry, the medieval Arabic history of emotions, life writing, and the problem of translating emotions conveyed in literature in a historically reliable way for readers who do not know Arabic.

Join us live to hear researchers share their ideas on topics from Medieval Board games and Arabic Books to rethinking what we mean by ‘science’. ​​​​​​​Everyone from experts to enthusiasts are welcome to join. And you’ll have a chance to ask questions of our speakers and to interact with your fellow attendees.

These talks are designed for adults and young people; if you’re looking for online events for young children, take a look at our Family Fun section.

​​​​​​​And don’t worry if you can’t make it – we’ll publish each lecture on our YouTube channel after the event.
​​​​​​​
We recommend using Google Chrome when booking or using WebinarJam.​​​​​​​

​​​​​​​The image to the left is from St John’s College Library, MS 91 Arabic translation of Ulugh Beg’s astronomical and chronological tables, f.4b

​​​​​​​The Knowledge in Motion – Science and Medicine in the Islamic World Lecture Series has been created in partnership with the HSMT Centre and the Global History Centre​​​​​​​.