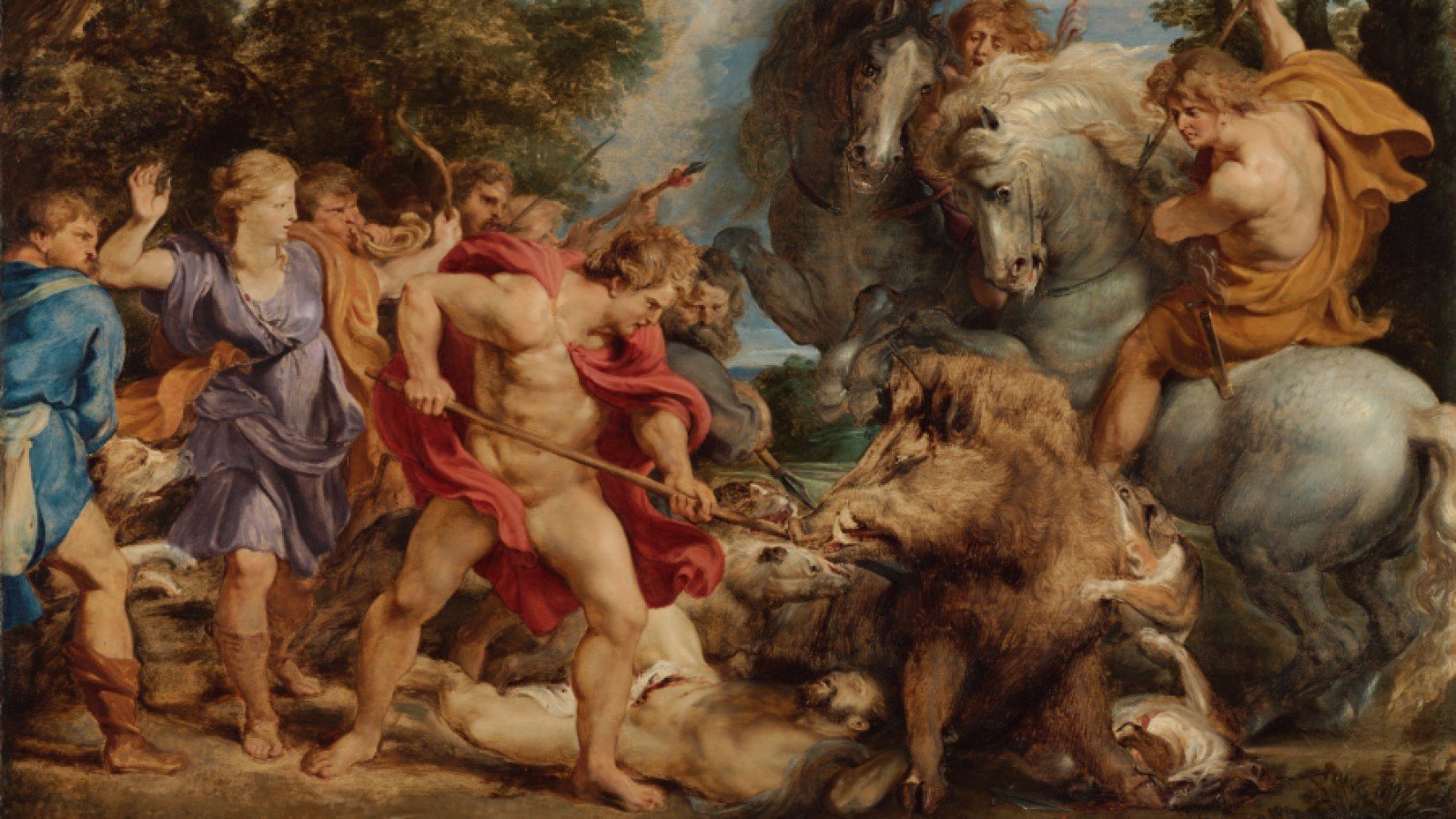 Rubens’s depiction of Meleagro killing the Calydonian boar, the central point of the opera. Meleagro’s beloved, the huntress Atalanta, stands behind him, bow in hand.

The performances will be on 18 May at London’s St John’s Smith Square and 22 May at the University Church in Oxford – a new venue for the company. Both performances were rescheduled from November 2020, when they were cancelled due to the COVID-19 lockdown.

The concert performances of Gluck’s one-act opera The Crown will be the first in the UK since 1987.

Composed in 1765, The Crown (La corona) glories in the sensuous beauty and virtuosity of the soprano voice. It was written for four Viennese Archduchesses, daughters of the Holy Roman Emperor Francis I and the formidable Empress Maria Theresa, young singers for whom Gluck had already composed his delectable Il parnaso confuso, performed by Bampton in 2014.

Both works set words by Pietro Metastasio and were destined for imperial family celebrations at the Hapsburg court theatre, although La corona was abandoned due to the Emperor’s sudden death.

In Bampton’s performance, the florid arias will be sung in Italian, linked by a narration in English. Early music specialist Robert Howarth conducts, making his Bampton debut, and an outstanding cast includes Lucy Anderson, first prize-winner of the 2019 Bampton Young Singers’ Competition.

The performance adds to Bampton’s noteworthy exploration of rarely-performed operas by Gluck, and the company will further this rediscovery with staged performances of Paris and Helen in summer 2021 (further details coming soon.)

In his almost countless libretti, which made him the most popular of operatic poets in the first half of the 18th century, Metastasio plundered the classical myths for stories of valour and love. The Crown, like many others, derives from a story in Ovid’s Metamorphoses.

Meleagro, Prince of Calydonia, gathers a troupe of brave heroes to hunt and slaughter the ferocious wild boar that has been sent by the goddess Diana to devastate his realm. The opera, however, is concerned not with masculine prowess and bravery but with the role and ambitions of women.

Atalanta, Climene and Asteria debate whether to join the chase, angry that only men can have the honour of gaining the crown of victory. When they consult Meleagro, he says the task is men’s work and warns that they will endanger themselves.

Nevertheless, the girls cannot hold back. Atalanta wounds the boar, and Meleagro is able to kill it. Each is reticent to accept the crown, and in the end, they offer it to Emperor Francis, in whose honour the opera was commissioned.

The Crown opens with a three-movement Overture, followed by six arias of varied colour and character, a duet and a concluding ‘chorus’.

Although Gluck often reused material from his earlier works, all the music for La corona was composed afresh. The dynamic Allegro, which concludes the overture, reappeared in a new guise five years later in the overture for Paris and Helen and as part of the final radiant duet for those love-struck and ill-fated characters.

The performance is approximately 70 minutes with no interval.

The performance on 18 May at St John’s Smith Square will be filmed and available to watch on-demand on the Bampton website from 23 May.

Both performances are subject to developing government COVID-19 announcements, including social distancing.

The company works with some of the finest emerging young professional singers and stages productions in rural venues in Oxfordshire and Gloucestershire and regularly in London, at St John’s Smith Square. Other significant venues and festivals have included Wigmore Hall and Purcell Room, Buxton Festival, Cheltenham Festival and Theatre Royal Bath.

Bampton Classical Opera encourages a relaxed and welcoming atmosphere, and with ticket prices being excellent value, their performances provide an ideal introduction to anyone unaccustomed to opera.

The 2019 production of Stephen Storace ‘Bride and Gloom’ (‘Gli sposi malcontenti’) has been shortlisted for an International Opera Award/Rediscovered Work Category in an award ceremony that will take place on 10 May 2021.