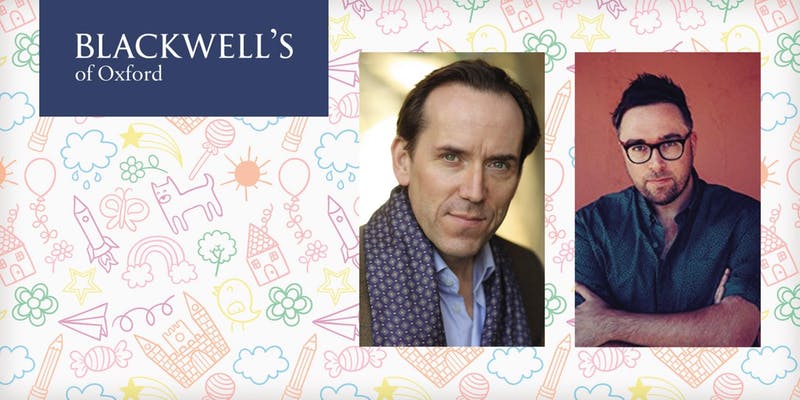 We’re delighted to welcome the wonderful and hilarious Ben Miller to Oxford for a very special Christmas event celebrating his beautiful new book for children, The Night I Met Father Christmas. Ben will be in conversation with Danny Wallace, author of Hamish and the Terrible Terrible Christmas, and they will sign books and meet fans. This event is at the Newman Rooms on St Aldate’s at 3pm on Saturday 8th December. You will be able to purchase the books at the event.

Ben Miller is an actor, director, and comedian, best known for writing and starring in The Armstrong and Miller Show and his role as Rowan Atkinson’s sidekick, Bough, in Johnny English Strikes Again. Other recent big screen roles include What We Did On Our Holiday with Billy Connolly, and the much-loved Paddington 2 with, well, Paddington. On television, he is best known for the crime comedy drama Death In Paradise which has been a big hit worldwide.

The Night I Met Father Christmas

‘A gorgeous tale brimming with the magic of Christmas. A sheer delight for all kids both big AND small.’ Ruth Jones, award-winning writer and comedian

‘You can always tell when a children’s book has been written by a brilliant father because there’s a particular intimacy, warmth and mischievous humour that bubbles through it … irresistible’ Alexander Armstrong, presenter, comedian and writer

That all changes when, one Christmas Eve, Jackson meets Father Christmas and hears his incredible story.

So begins an enchanting fairy-tale into a magical snowy landscape, where Torvil, a mean-spirited and miserly elf, is about to discover the true meaning of Christmas. This might not have been the story Jackson was expecting but, as Father Christmas tells him, no good story ever is…

Get ready for a Christmas classic in the making from actor and comedian Ben Miller with beautiful illustrations throughout from emerging talent Daniela Jaglenka Terrazzini, that will remind everyone of the true spirit of Christmas and prove once and for all that Father Christmas really does exist!

Danny is a writer, comedian and radio presenter and the creator of the hugely popular Hamish series of books for children. He presents the Saturday morning show on Radio X, writes a column for Shortlist and has written many bestselling non-fiction books, notably Yes Man and Awkward Situations for Men.

Hamish and the Terrible Terrible Christmas and Other Stories

The important task of saving the world doesn’t stop just because it’s Christmas, so get ready for THREE festive adventures featuring Hamish Ellerby and his pals in the PDF!

Can Hamish stop a whole hoard of rampaging Terribles hoping to ruin Christmas?
How will Elliot deal with a sneaky sweet salesmen determined to give Starkley a sugar-crash to remember?
And, what will Alice do when faced with an unexpected Christmas Eve visitor?

Tis the season to be jolly, but will this turn out to be a TERRIBLE Christmas for Starkley?

Tickets are £6 and can be purchased online or at Blackwell’s Westgate. If you would like more information, please call 01865 980380 or email westgate@Blackwells.co.uk.

Ben and Daniel’s books are for children (6+) and the event is aimed at them. Children must be accompanied and supervised by an adult.