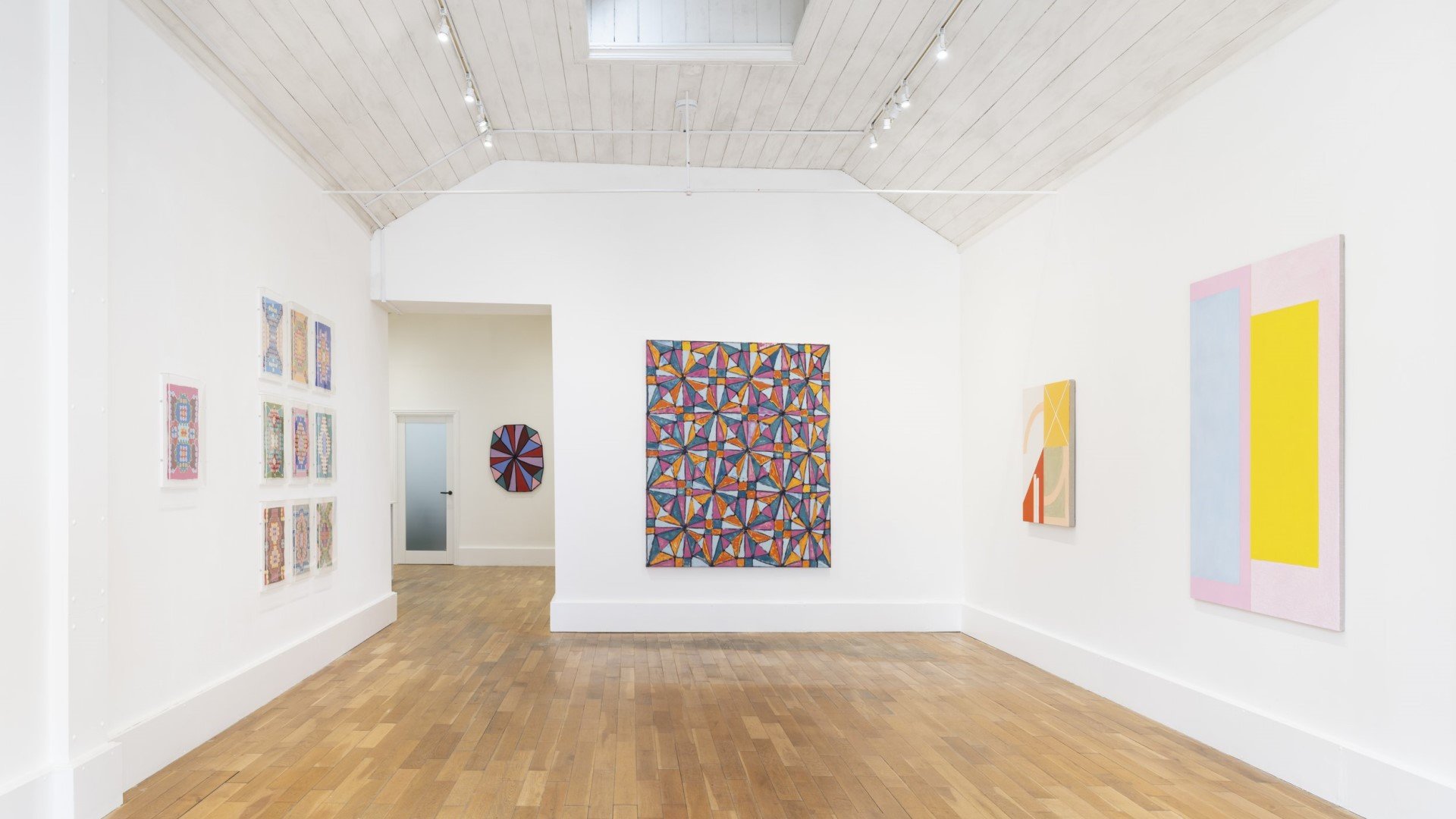 About Between The Lines

Meakin + Parsons, in partnership with Hannah Payne, presents Between The Lines – a duo exhibition of new works at their North Oxford gallery.

The works by two contemporary abstract painters, Anna Liber Lewis and Dominic Beattie, were produced in the past year.

Dominic Beattie’s practice involves an emphasis on materials, techniques and processes based upon Modernist principles, specifically ideas of innovation and experimentation with abstraction.

Liber Lewis’ works, often developed together in groups or series, follows an interest in how paintings can exist and interact with each other.

Complex narratives within the paintings are simultaneously veiled with sensuality and humour whilst revealing the confident objectivity of the way the artist wants us to see them.

Liber Lewis said, “The motif (in this new body of work) came out of a very quick painting I made, based on a face. It was a direct reaction to a talk I was part of where we were considering issues around identity. I was thinking about the masks we wear, how we present ourselves, and the complex relationships we navigate when dealing with ‘the other’.“

Beattie’s new series of ‘stain paintings’ sees a move for the artist from working on wooden panels to large-scale works on canvas, exploring the realms of pattern through saturation of colour and a singular repeated motif.

In this series, Beattie explores patterns found in traditional crafts, reimagining them through a process of spray painting and working on the reverse of the canvas to play with saturation. The repeated motif in the series remains constant; it is only the colour relationship and saturation of
paint that alters.

Beattie said, “The reference to ‘stain’ (in the title of these works) has a double meaning; The works show the staining effect of spray paint on the canvas, and also an attempt to emulate the saturated and effervescent colour we see in a stained-glass window when it is hit by the sun”.

A series of works on paper by both artists are included in the exhibition, including Beattie’s ‘Glyph’ series of oil pastels on cotton rag paper and Liber Lewis’ No series of chalk pastels, each produced during the lockdown.