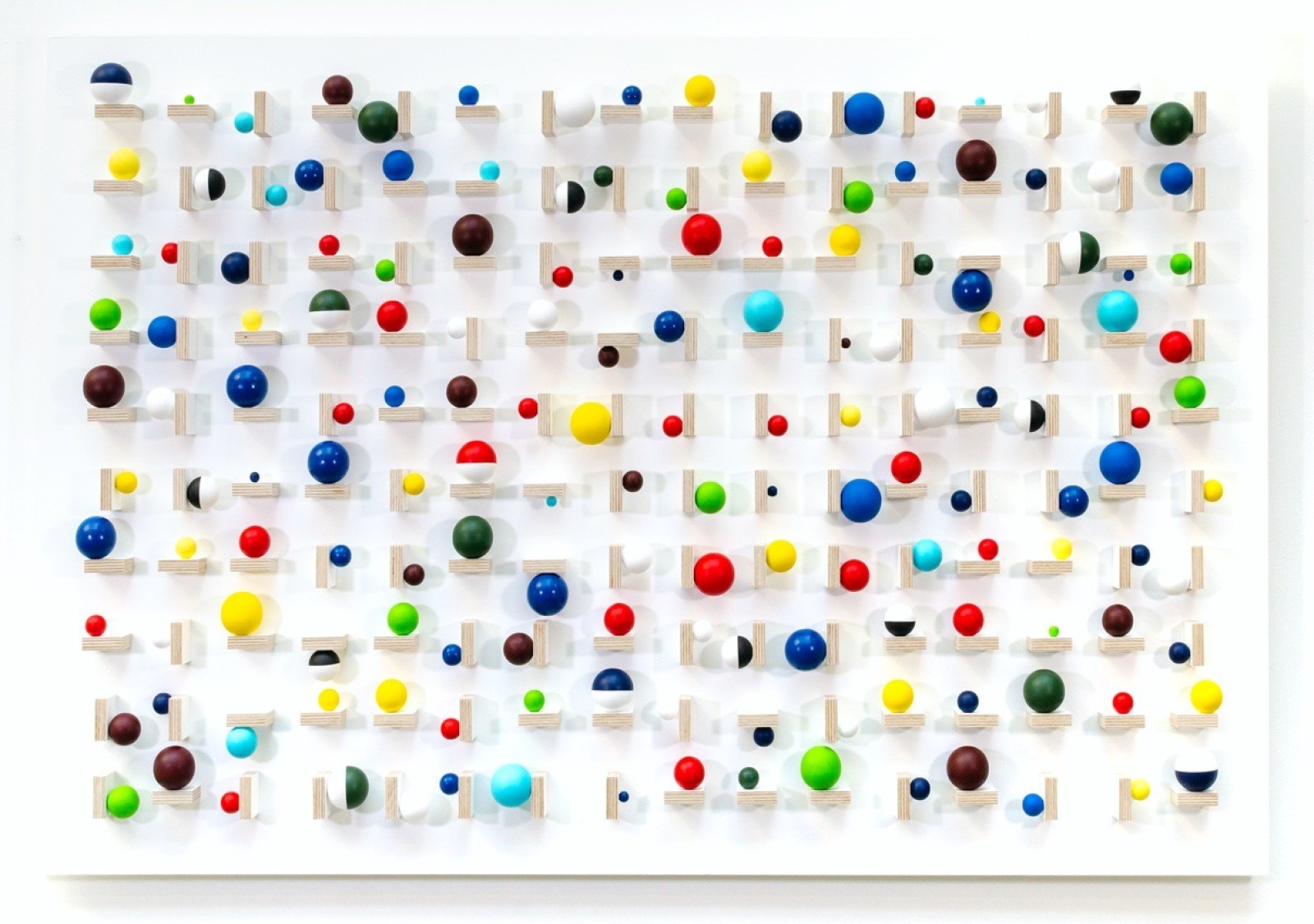 Brave New World a solo exhibition of new work by British contemporary artist, Stuart Hartley (b. 1970) from 19 May to 14 June 2021 at Zuleika Gallery, Woodstock.

Known for fusing painting and sculpture, Hartley’s practice lies in the isolation of a moment; an encounter or decision taken, that breaks up the routine structure of daily life. This exhibition will present Hartley’s 3-dimensional works from his Event & Incident and Pathways series, alongside a new series of watercolours on paper produced in 2021.

Stuart Hartley’s Event & Incident works consider the notion of collective moments and experiences we accumulate in life and use when we are confronted with a choice or decision. The works create a colourful and playful visual dance on an initial encounter, but it is with further exploration that the ideas around singular moments start to evolve.

Hartley uses the first ten words of famous novels, including Aldous Huxley’s ‘Brave New World’, and poems including William Wordsworth’s ‘Upon Westminster Bridge’, then randomly scatters the letters around the work, partially hidden on the balls, reducing their significance to single letters and emphasising the need for the author’s personal history to interact with them, allowing the creative moment to happen.

It is within this moment that the physical and visual play dissipates, and the work shifts from the ‘here and now’, into an encounter with the moment just prior to creation.

Hartley’s Pathway works begin with an overall sense of geometric form and a presence of oneness in the totality of its whiteness and familiar shape. Carved pathways interrupt these forms, creating new shapes and places, highlighted through the use of reflected colour.

Brightly coloured balls seem to pulsate with movement and activity through these spaces resulting in a sense of structure on both an atomic and a city level. It is when viewing these works with the scale of a city in mind that a sense of self and our placement within the collection of constructions we have made to exist within, starts to emerge.

For this exhibition, Hartley has produced a new series of Pathway works on paper in a joyful exploration around a notion of ‘incident’. Through the interruption of the geometric shape, the artist uses the fluidity of the watercolour to indicate activity, movement and interaction. A break in the norm and a catalyst.

Born in 1970, Stuart Hartley is a visual artist who lives and works in London. Hartley gained a BA Fine Art (1st Class Hons) at Manchester Metropolitan University (2002-5) and an MA in Fine Art at The Slade School of Fine Art, UCL London (2005-7). Hartley says, ‘I like to think of these works in terms of gossip or scandal. It has a life of its own once it happens and it’s rarely fully under control’.