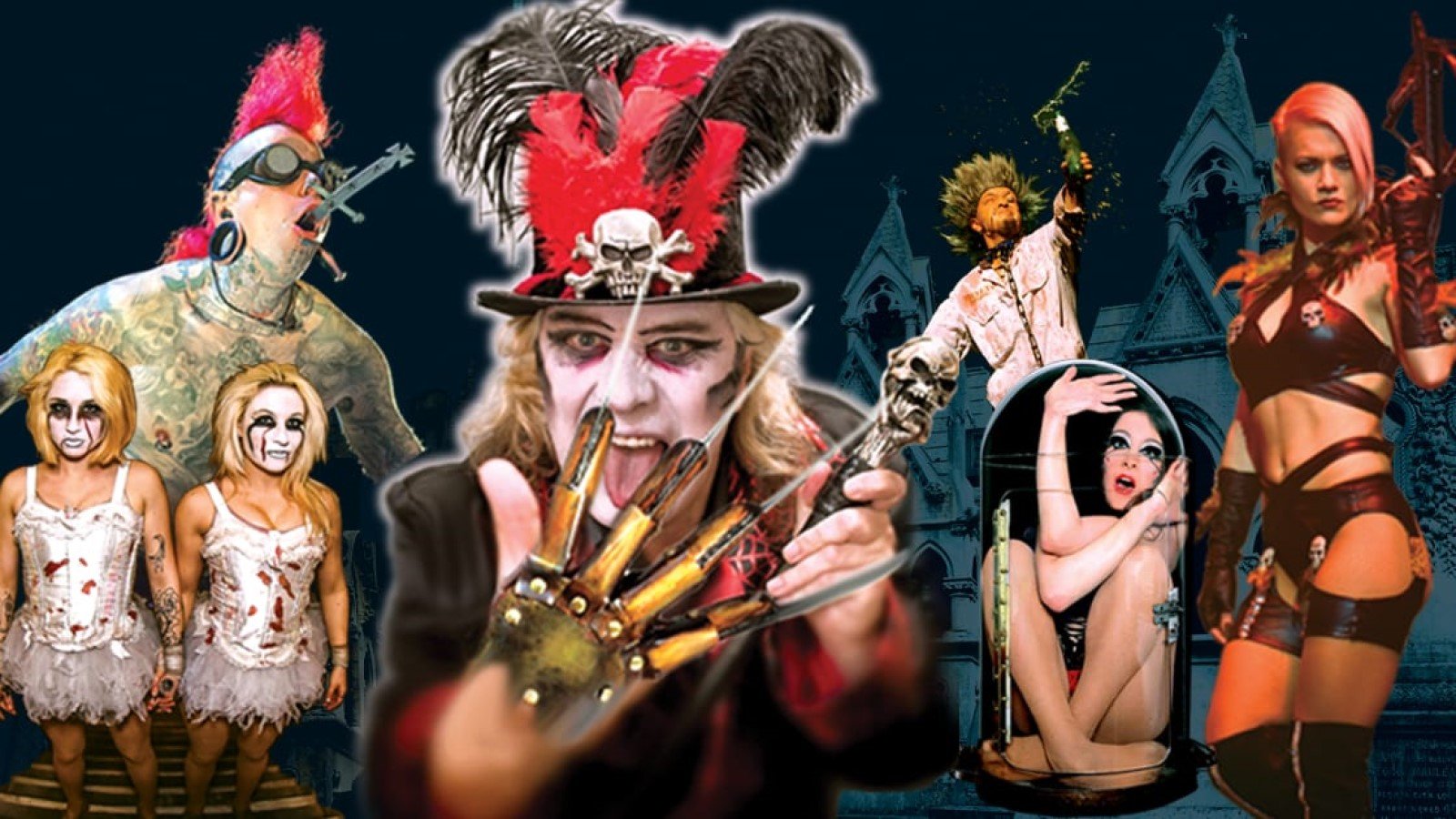 About the Circus of Horrors Show at New Theatre Oxford

Whether you’re a rock fan or theatre-goer, The Circus of Horrors has something for everyone. It is a circus, like no other, and a show that you simply can't afford to miss.

The new Circus of Horrors show will be an immersive celebration of its astounding 25 years. It will include an amazing amalgamation of acts driven by a rock ‘n’ roll soundscape. This is a show that will have you sat on the edge of your seat when you’re not falling off it with laughter.

The almighty cast that stormed into the finals of Britain's Got Talent is now a West End & worldwide hit and will take you on a rock ‘n' rollercoaster ride of unbelievable, bizarre & beautiful acts.

The Circus of Horrors completely WOWED the audience - The Daily Mail
Freaking Awesome - The Sun
A Bloody Great Night Out - The Times
Like Rocky Horror on acid - Amanda Holden
Totally Unbelievable - Scott Mills, Radio 1
You have to go and see this if, one day, something will go wrong and you will be able to say I was there - Graham Norton

The Circus of Horrors began at the 1995 Glastonbury Festival and has gone on to tour the world, achieving cult status and dragging circus screaming and shouting into the 21st century and beyond.