Diana Forster: Such a Long Journey 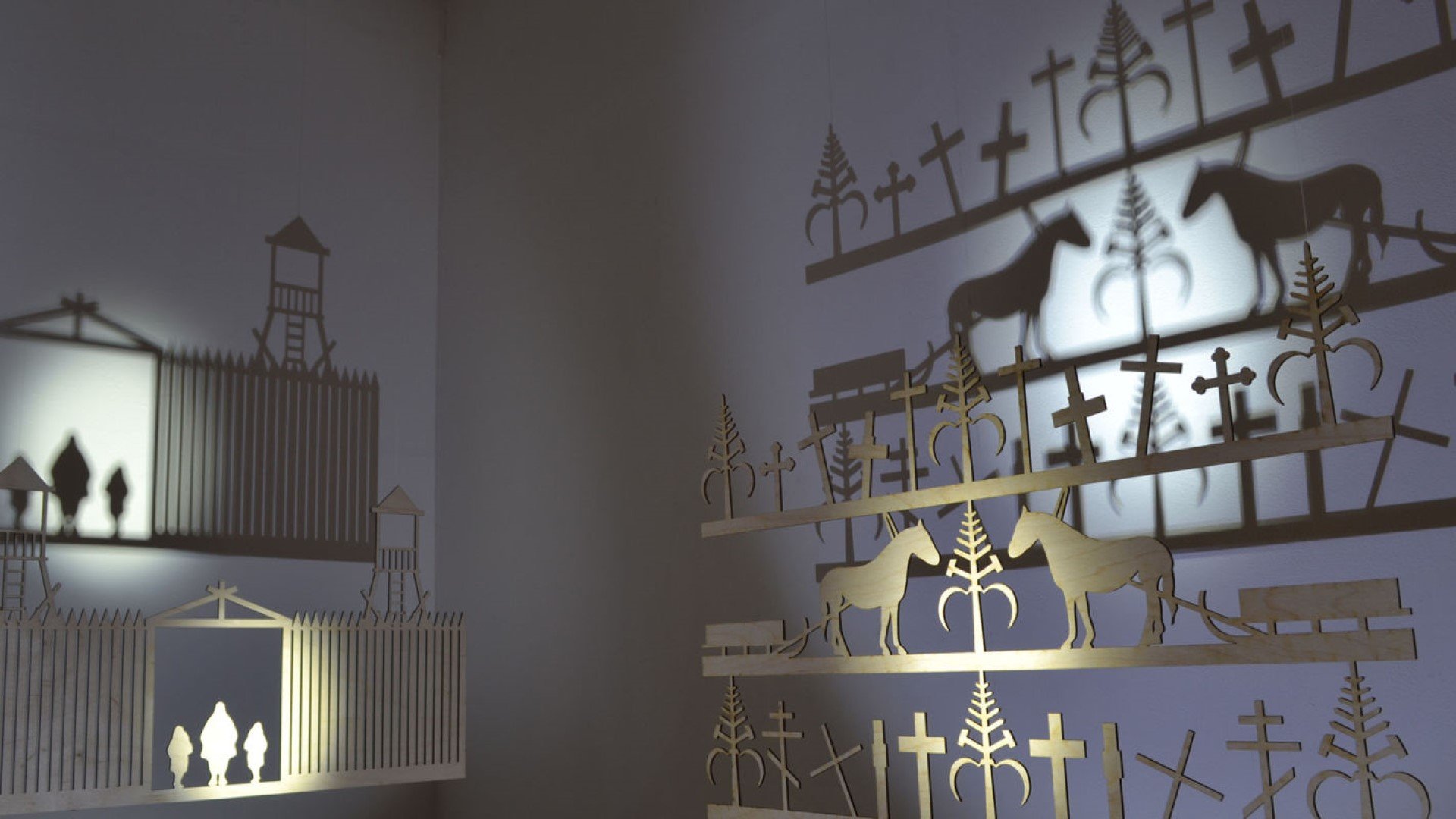 About Diana Forster: Such a Long Journey

In 1940, at the beginning of the Second World War, Stalin’s troops invaded eastern Poland.

A million Polish people were forced from their homes at gunpoint and sent to labour camps in Siberia. Diana Forster’s mother and grandparents were among them.

Diana Forster avoids showing traumatic, disturbing images in her installations and prints as they can turn viewers away.

If we accept a role for art in presenting subsequent generations with the realities of war, we have to find new ways of engaging audiences, and Diana does this through formal qualities which draw the viewers’ attention while the work is gradually understood.

The North Wall Gallery is open from 10.00am to 4.00pm on Monday to Friday and from noon to 4.00pm on Saturdays. Closed Sundays and Bank Holidays.