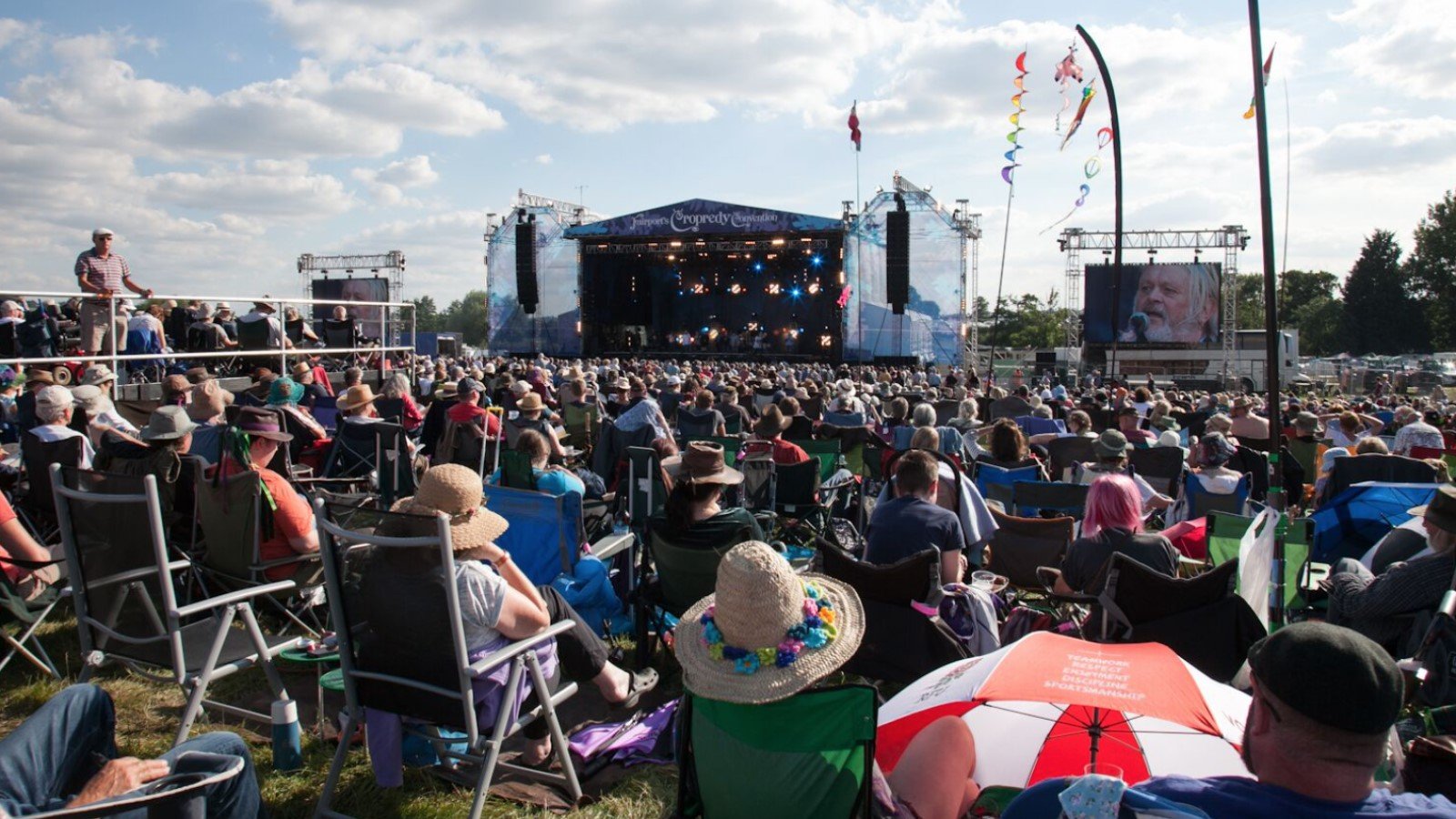 There is cautious optimism that the Fairport Cropredy Convention 2021 will be staged, as planned, over the weekend of 12 to 14 August 2021. The annual festival of folk and rock music, headed by British folk-rock band Fairport Convention is held on the edge of the village of Cropredy in Oxfordshire.

During the 1970s, Daves Pegg and Swarbrick lived in the village of Cropredy. In 1979 Fairport decided to call it a day and, having opened up for Led Zeppelin at Knebworth in the early afternoon, tore across the country in their van to do an outdoor Farewell concert at Peewit Farm on Station Road in Cropredy.

A year later, they decided to reconvene with some friends for what would become their annual reunion. Although they had performed in Cropredy before, 1980 is the year Fairport recognise as the first Cropredy Festival. The festival has continued (on various sites, including Broughton Castle) up to the present day, increasing in size from a couple of thousand to its current capacity of 20,000.

Cropredy is a music festival - it could never be pigeon-holed as a folk festival. Along with the finest in folk and folk-rock - Lindisfarne, Julie Fowlis, Steeleye Span, Ralph McTell, Cara Dillon - the Cropredy audience has witnessed the likes of Alice Cooper, Robert Plant, Status Quo, Steve Winwood and Buzzcocks. Basically, whatever music Fairport like is what ends up on the bill.

And, bucking current trends, the Cropredy Festival has always stuck to the one-stage idea. The advantage to the customer is that they won't miss anyone. The advantage to the performer is that no matter how far down the bill they are, they are guaranteed to be performing in front of at least 10k people. Beats being stuck in an 'Unsigned' tent in some remote corner of a forgotten field for sure.

The Cropredy 'Fringe' - entertainment provided by the two pubs in the village - act as satellite stages. Indeed, many of the acts that have appeared at the festival have performed at The Brasenose Arms and The Red Lion on their way.