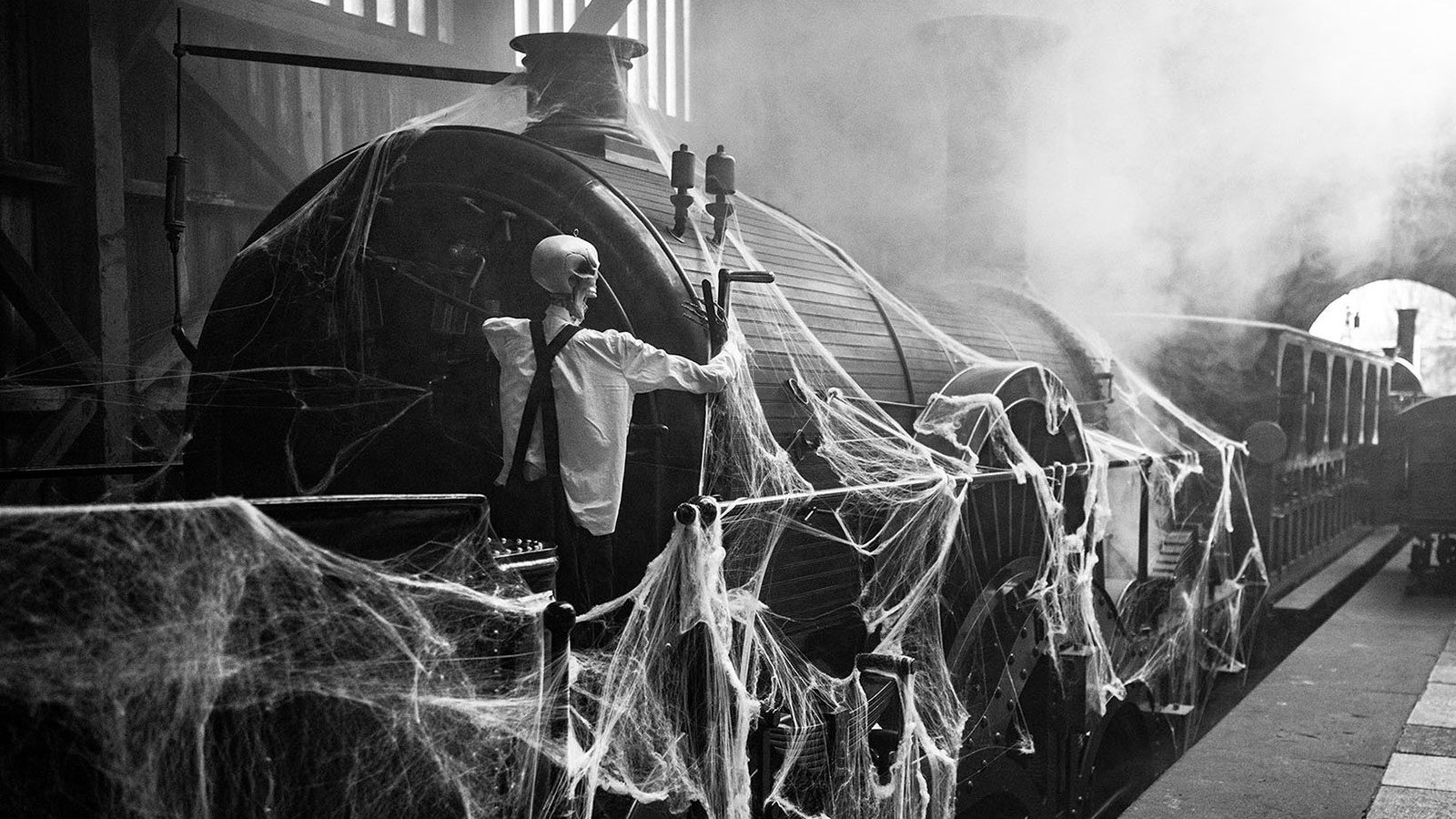 About Hallowsteam! at Didcot Railway Centre

Young visitors are invited to come along dressed as witches, wizards, ghosts, ghouls, zombies and skeletons to a spellbinding Hallowsteam event on Wednesday 27, Thursday 28, Saturday 30 and Sunday 31 October. 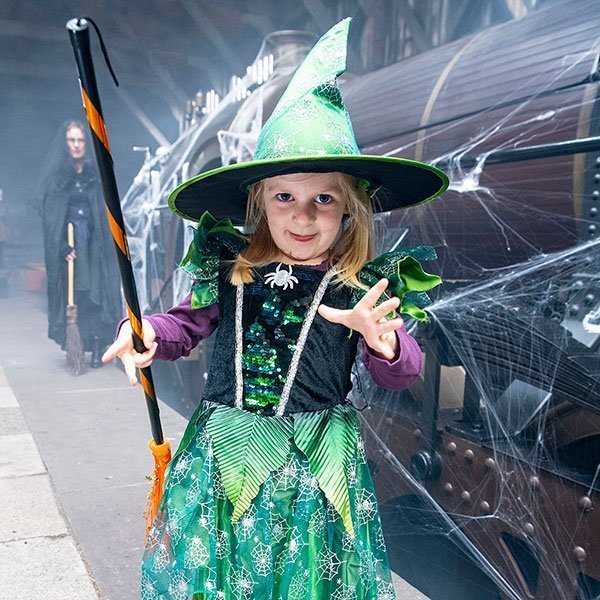 Climb aboard a working steam train for a trip to a spooky Victorian station specially decorated with cobwebs, spiders, bats and more. Here, you can see a rare Great Western Railway coffin trolley and step into a “haunted” carriage. As well as the tracks, there are treats for every child - and although the centre doesn’t have any ghost trains - there is the chance to ride behind a diesel engine named “Phantom”! 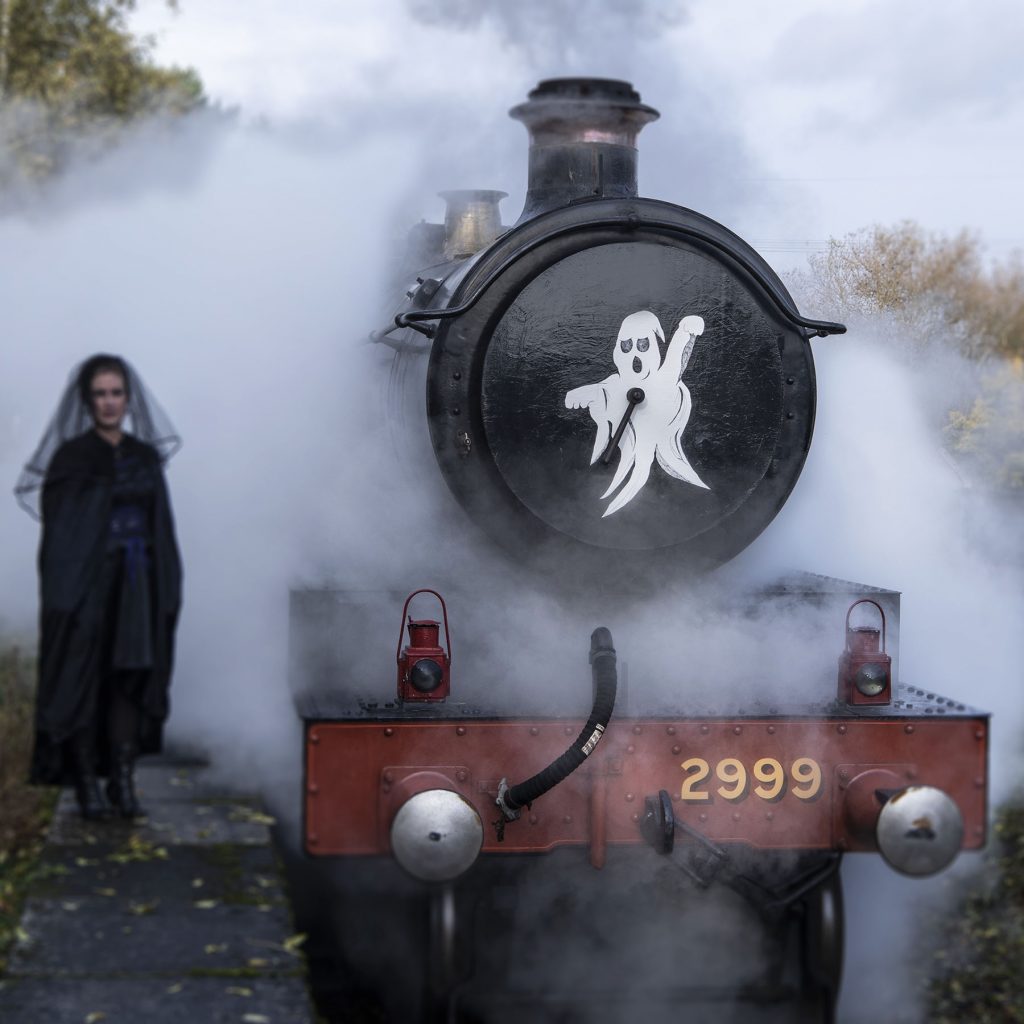 Pick up a copy of the Hallowsteam Trail, explore this 21-acre open-air museum, and discover ghoulish goings-on that includes a small extra gift for every youngster in fancy dress and engines sporting pumpkin “Jack-o-lanterns”.

The centre’s other attractions will be open on the four days. Visitors will also have the chance to get up close to the locomotives in the spacious Engine Shed, which has remained largely unchanged since it was built in 1932 and now houses magnificently preserved engines, some of which have steps to allow visitors to climb onto the footplate. 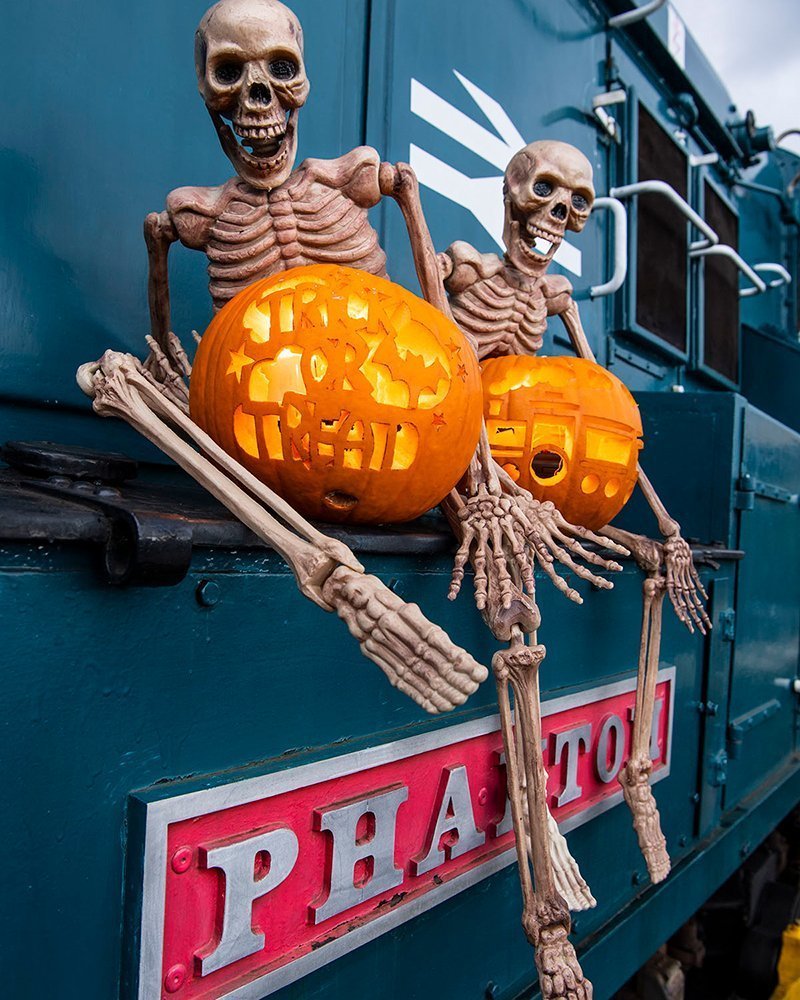 The large carriage shed will also be open with coaches dating from Victorian times to the 1940s that evoke bygone eras. See the VIP Saloon reputed to have been used by General Eisenhower during the preparations for D-Day and later used in the GWR Royal Train.

The small artefacts Museum containing 1000s of exhibits including nameplates, signals, tickets, distinctive posters and beautiful models that tell the story of the Great Western Railway is also expected to be popular – especially the display of vintage tinplate models and other traditional toys with GWR connection. 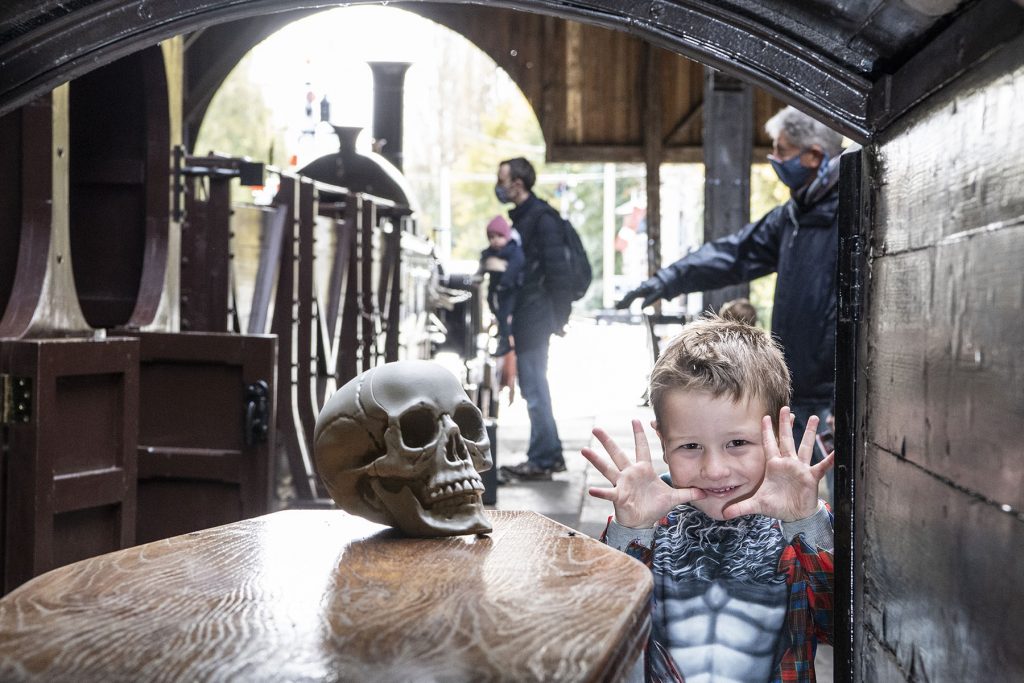 Further details of the usual features of an Autumn Steam Day, which will be open in addition to the Hallowe’en activities, can be found here.

Select your date and arrival time.

You should arrive within your 30-minute time slot and will then be welcome to stay all day until we close at 4.00pm.

We use cookies and other tracking technologies to enhance site navigation, analyse website usage, and assist our marketing efforts. If you continue to use this site, we will assume that you are happy with it.Allow allDisable allCookie policy