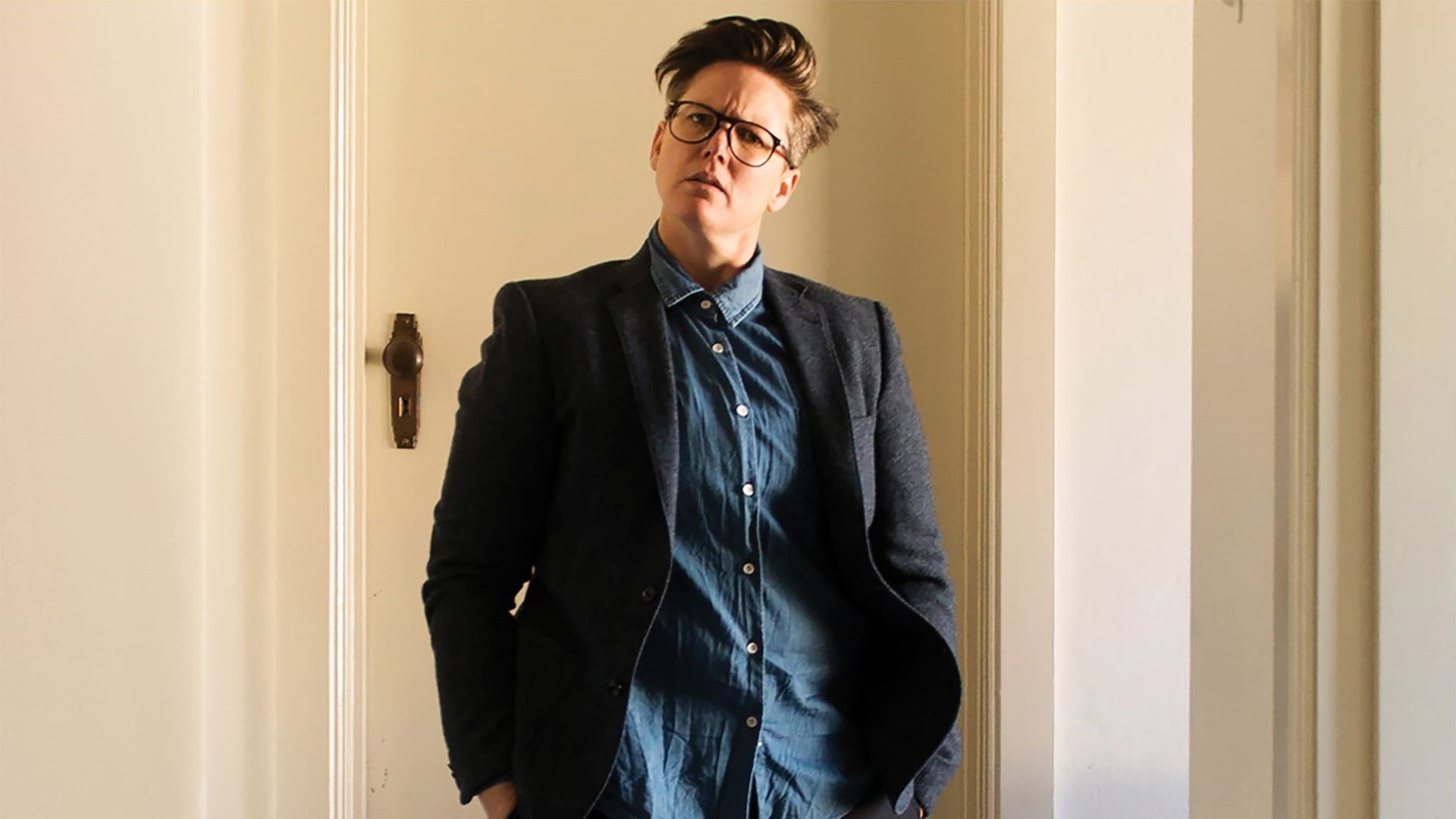 Who is Douglas? Well, apparently, Hannah Gadsby thinks he is the only one who can help her follow up on the trail blazed by her last show Nannette.

Hannah’s overnight success was more than ten years in the making, with her award-winning stand-up shows a fixture in festivals across Australia and in the UK since her Edinburgh debut in 2009.

Hannah Gadsby’s tenth solo show was Nanette. It did alright. Nanette played around Australia and the UK for 18 months, taking out the top prizes at the Melbourne and Edinburgh festivals before sitting down in New York and dropping a Netflix special in June 2018 that won her a Peabody Award and started a global conversation that continues today.

While Nanette was a random barista, Douglas is a very specific dog, and the only thing they have in common is they’ve inspired Hannah to put pen to paper and turn out a show you couldn’t possibly expect. Hannah found her voice with Nanette, and with Douglas, she plans to use it.
The stand-up stage has been Hannah’s home for more than a decade, and the last couple of years have given her a few very new ideas to think and talk about in her brand new show.

The uproariously funny Douglas is part lecture, part stand-up and part tongue-in-cheek tirade. And it’s all heart - The Australian

★★★★★ Gadsby maintains a masterful control of her craft - The Age

★★★★★ Douglas, her follow-up to a show that would seem impossible to top, is another triumph - Chortle

This performance will be a phone-free experience. Use of mobile phones, smartwatches, smart accessories, cameras or recording devices will not be permitted in the performance space. Upon arrival at the venue, all phones and smartwatches will be secured in Yondr cases that will be opened at the end of the event. Guests maintain possession of their items at all times.