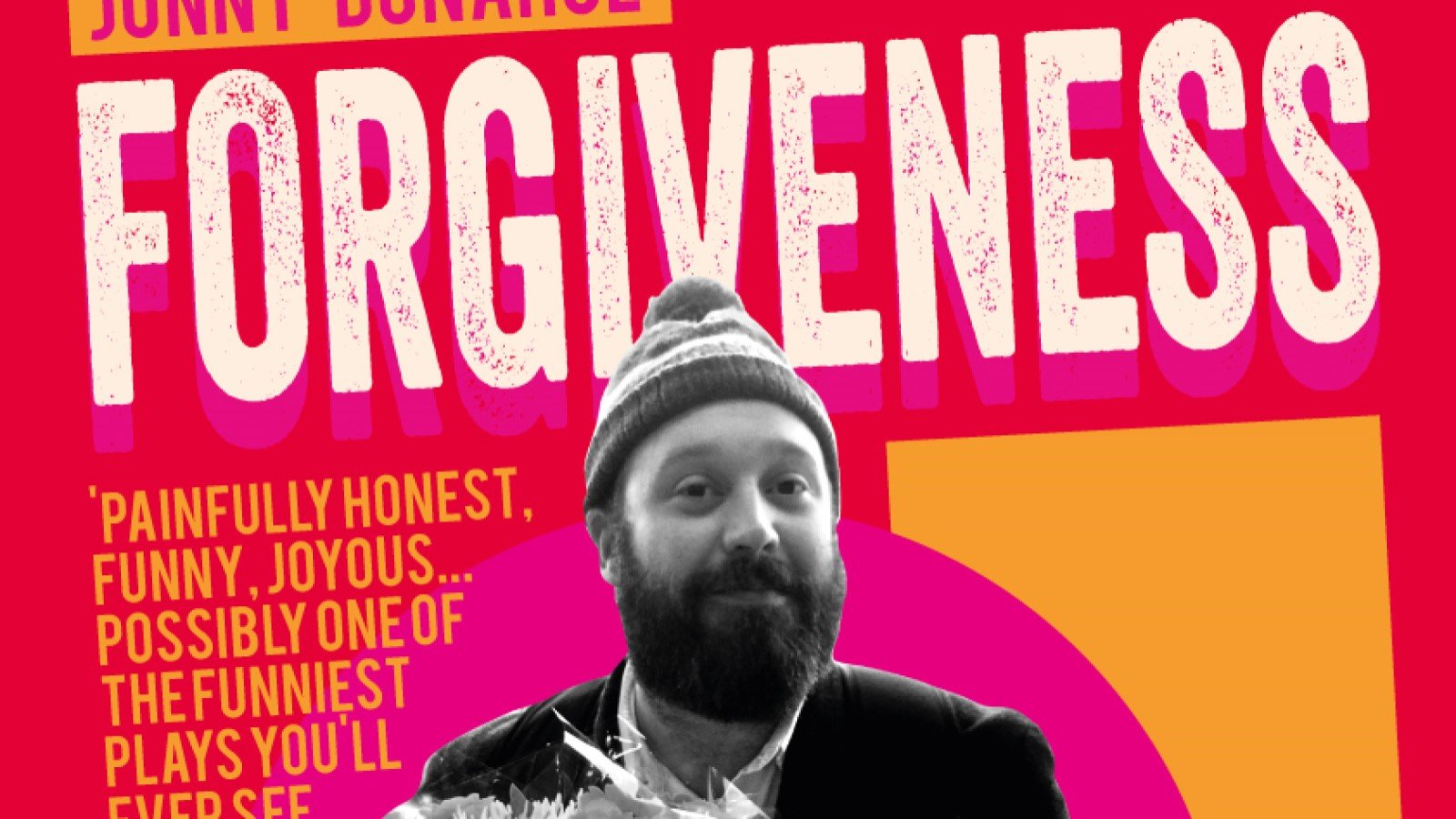 Forgiveness is warm and uplifting show about the cycles of abuse that form and affect who we are; if and how we can escape them and move on.

Jonny Donahoe is the co-creator and performer of Every Brilliant Thing, which he performed more than four hundred times over four continents, including five months off-Broadway. The show was eventually filmed and screened on HBO. He was nominated for a Drama Desk Award, Lucille Lortel Award and an Off-Broadway Alliance Award for his performance.

This is his first new solo show in five years.

This show is live on Zoom. Book your ticket and we’ll send you the link.