Mad About The Movies 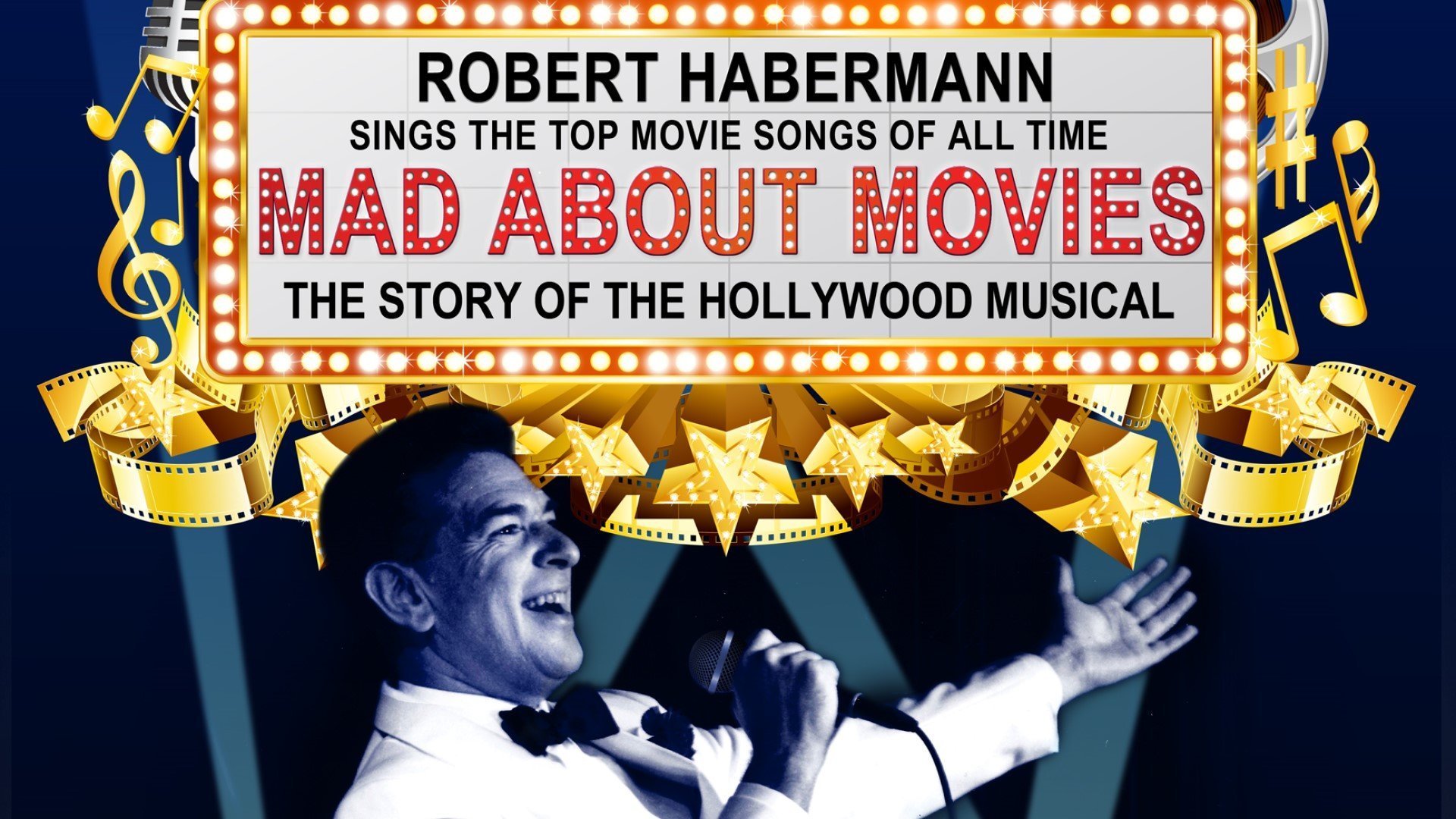 About Mad About The Movies

The story of The Hollywood Musical.

As seen at the Royal Albert Hall!

Award-winning singer Robert Habermann sings the great soundtracks and tells the incredible stories of the golden era of Hollywood musicals at the Cornerstone Arts Centre.

From the historic moment in 1927 when entertainer Al Jolson uttered the immortal words “You Ain't Heard Nothin' yet!” in the first-ever talking picture, to Gene Kelly’s Singin’ in the Rain, take a journey through some of the most iconic songs of the twentieth century, with plenty of stories and anecdotes in between.

Songs include The Trolley Song, Over The Rainbow, True Love Supercalifrigilisticexpialdcious!, Who Wants To Be A Millionaire? Cheek To Cheek, Road To Morocco and many more culminating in a medley of 20 Oscar-winning songs.

Book tickets
Maximum 10 for this event per order.

This Mad About The Movies performance is a matinee, the show is at 2.00pm.