on form exhibition of sculpture 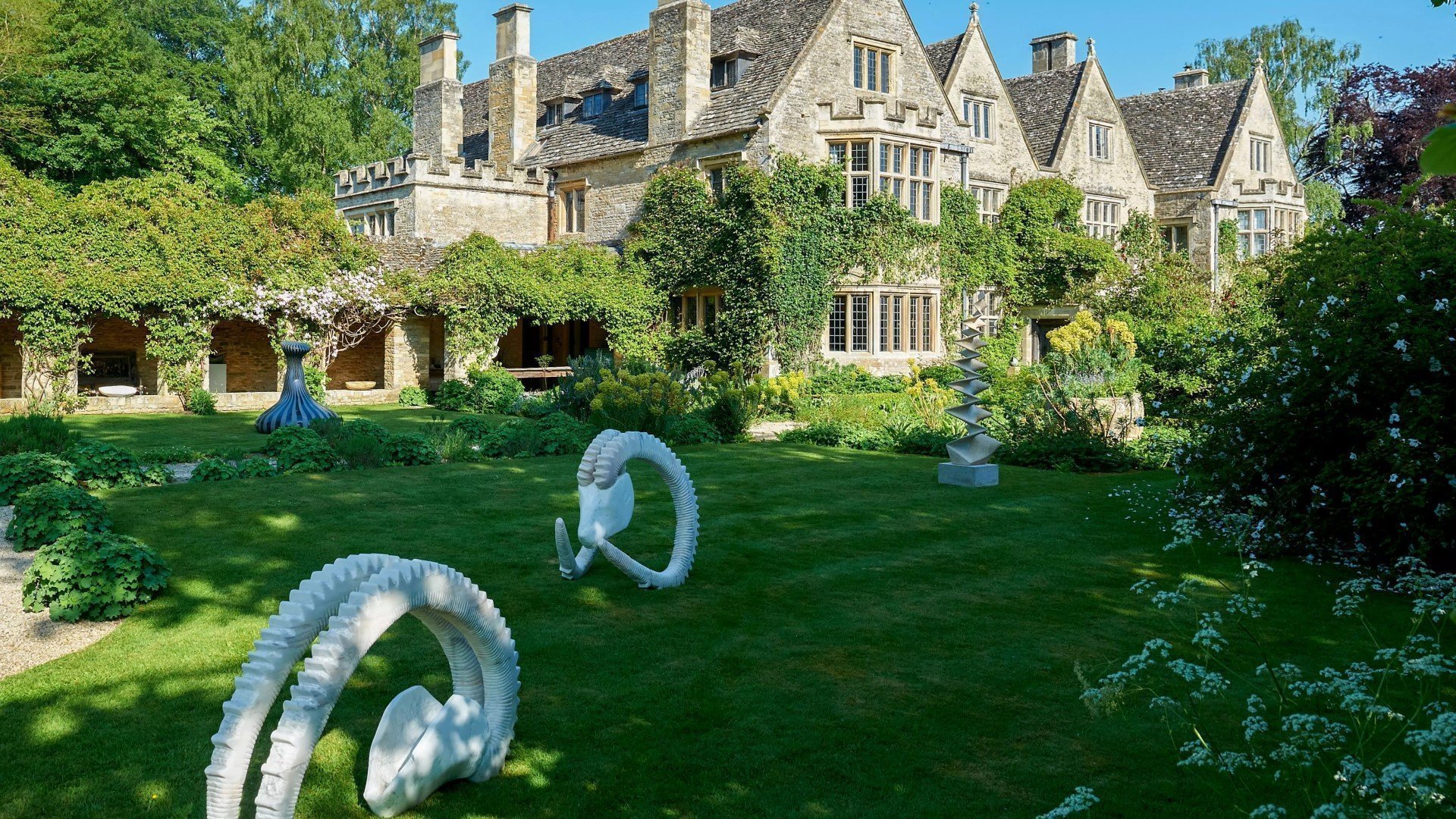 About on form exhibition of sculpture at Asthall Manor

The on form exhibition of sculpture in stone is a biennial event that takes place in the even years (2018, 2020…) using the grounds and a few of the interiors at Asthall Manor as a backdrop. The next exhibition will run from 12 June to 10 July 2022.

on form was born in 2000, when Rosie Pearson commissioned Anthony Turner to make two pumpkin-like finials for the Asthall Manor gateposts. She wanted something with character, something mysterious but welcoming, with a promise of the unexpected.

The stir that was created by the installation of these two curvaceous organic forms led Rosie and Anthony to wonder what would happen if the lovely garden at Asthall was filled with other surprising shapes in stone.

More than a decade on, on form has spiralled and grown and taken on a life of its own – rather like the original sculptures. More than a gallery, it is a place for art that speaks to us without words, connecting people to their surroundings and allowing them to feel.

Since 2006, on form has been curated by Anna Greenacre, although Rosie still plays an active part as creative director. The Potting Shed Cafe, in Asthall Manor’s walled garden, has been part of on form since 2012 and features food inspired by the vegetable garden and created by Fiona Cullinane.

Since 2014, they’ve hosted Madhatter Bookshop in the swimming pool pavilion, giving the organisers and the sculptors a chance to suggest books on art, ecology, philosophy and gardening that distil our thoughts and our ethos.

In 2016, they expanded the exhibition into the river meadow for the first time, cutting paths through sculpture and giving visitors surprising long-distance views. This was also the first year that they furnished the ballroom and indoor spaces, in collaboration with Lorford’s Antiques, in order to manifest the creative potential of living with sculpture.

The garden, designed and planted by Isabel and Julian Bannerman in 1998, forms an essential backdrop to on form. And it flows naturally into the Windrush valley landscape, with the languid meander of its river, its pollarded willows shooting up from their stumps like green fireworks, its soggy water meadows and its elegant swans.

The work on show is at ease with the landscape partly because, as Peter Randall-Page has said about the process of carving, “when you’re moving across the surface of a stone, it’s like a landscape; it’s like walking – your body is kept busy in quite a rhythmic way.”

You’ll find details of participants and their entries to the 2022 exhibition at the on form website.

During 2021’s special on form unlocked exhibition in May, Asthall Manor welcomed nearly 8,000 visitors, who walked around the gardens and the meadows, inspired by 224 sculptures.

This was a different experience from the traditional midsummer show: gentler and less busy, as befits the times we were living in, but as welcoming, inspirational and beautiful as ever. And nearly half of the sculptures (110) were sold!

The special on form unlocked exhibition in May 2021 was due to cancellations in 2020 because of the coronavirus pandemic. 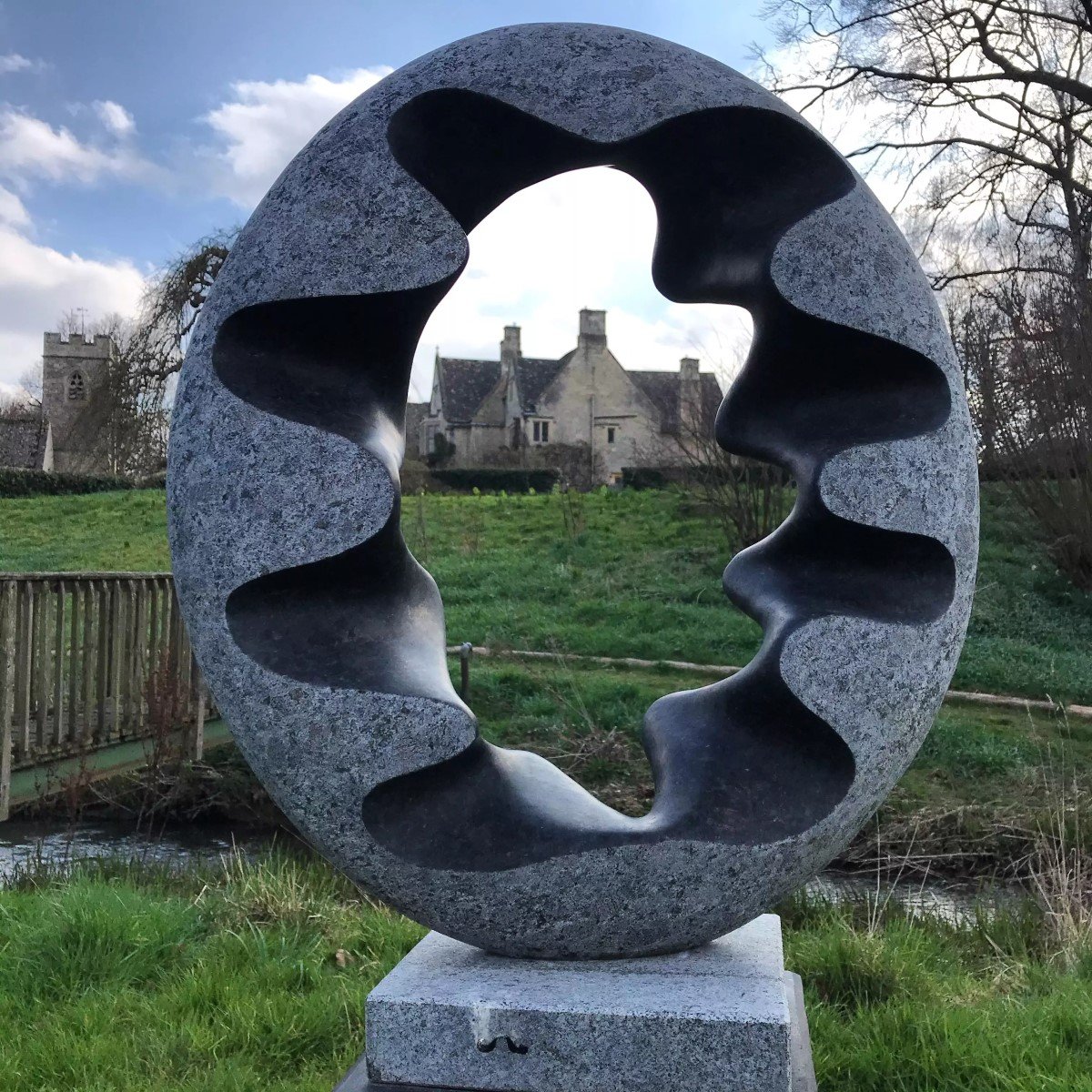 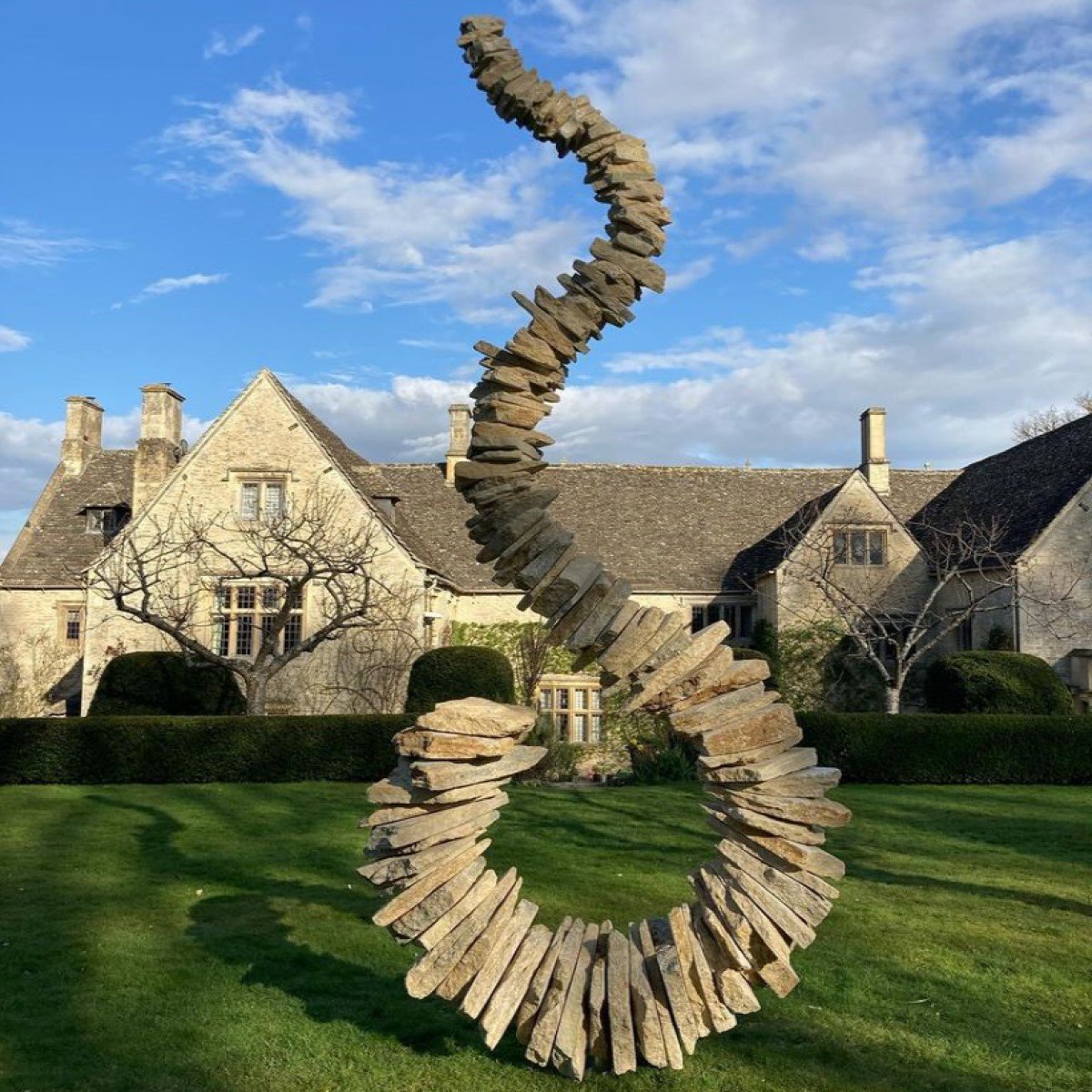 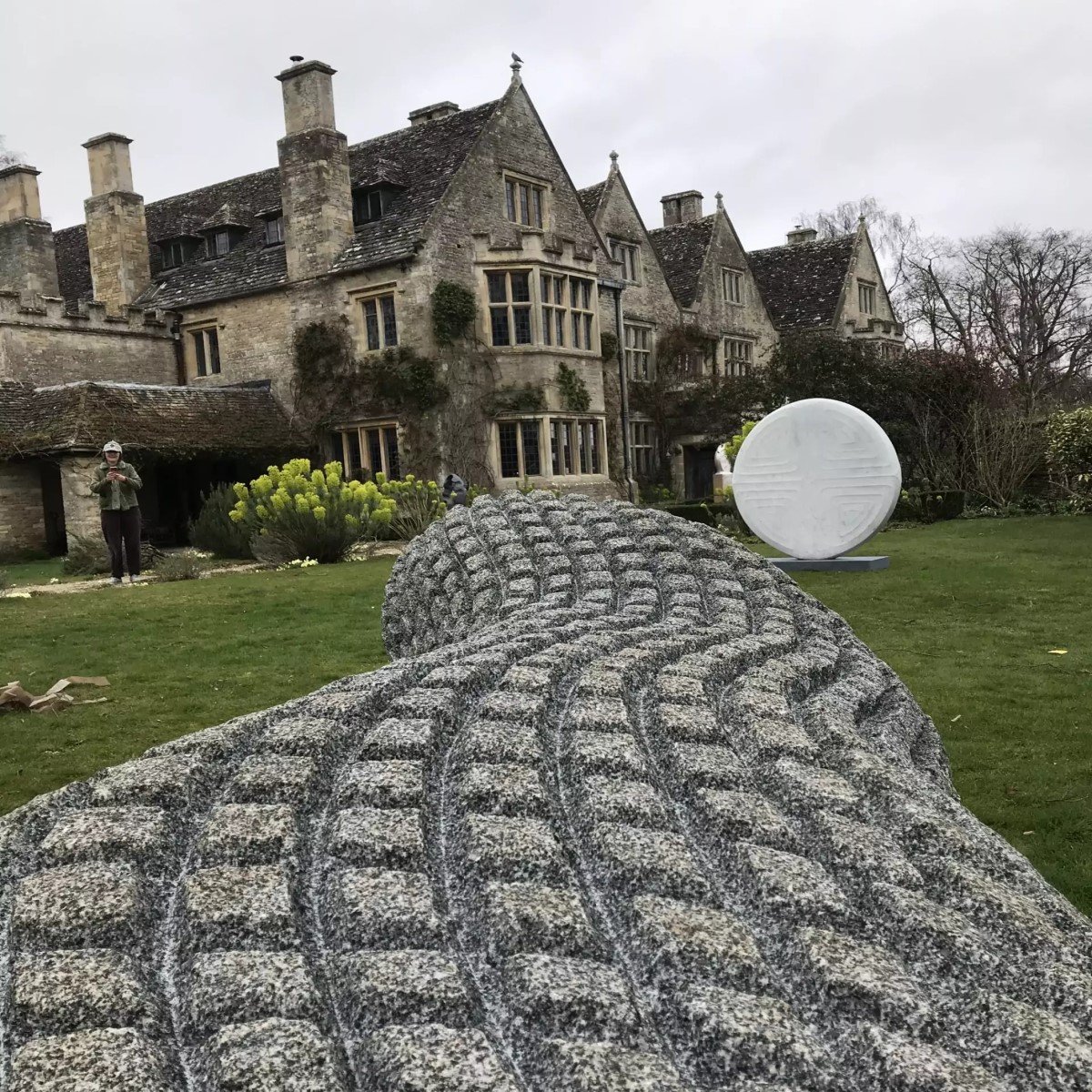