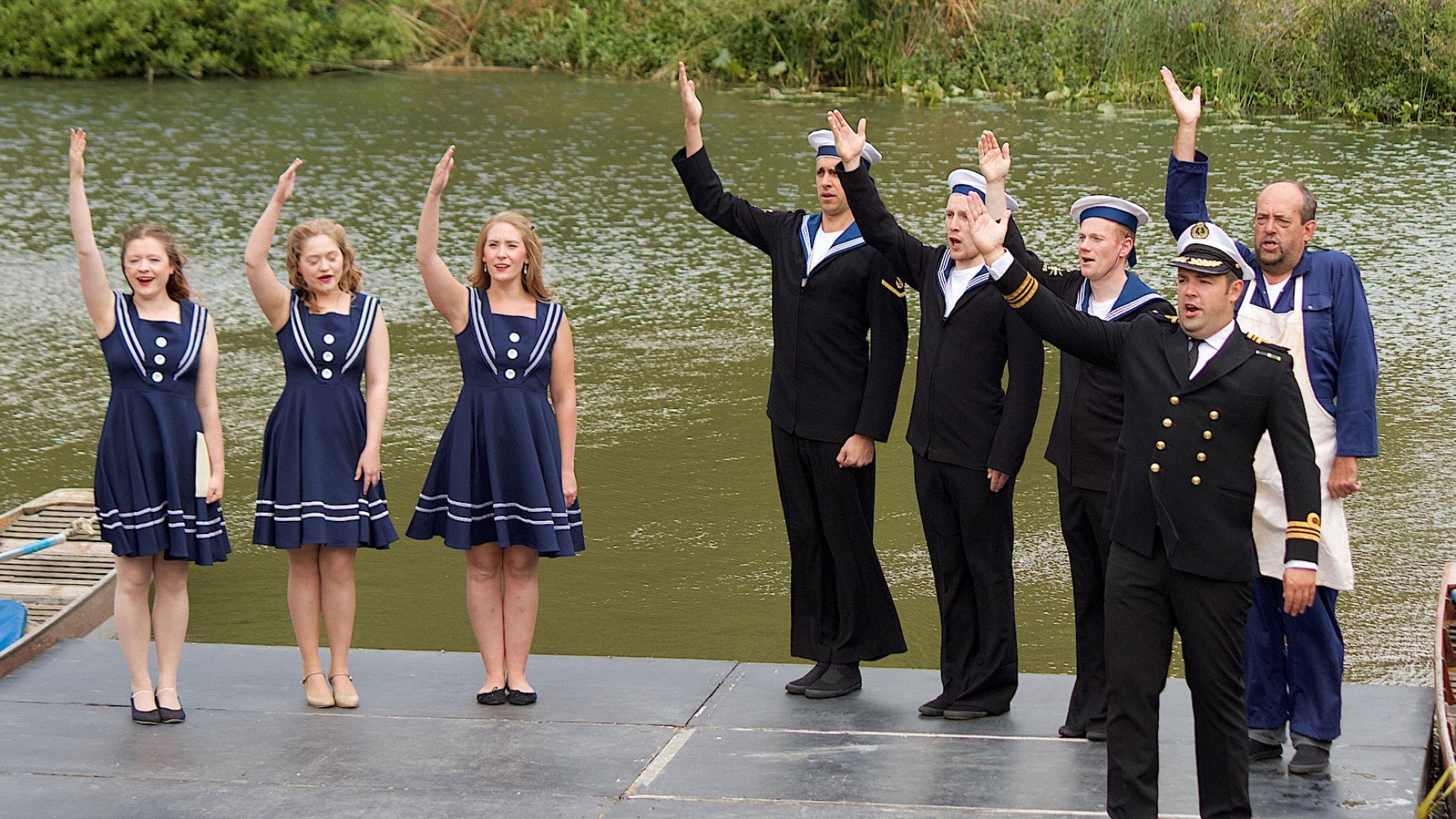 The fourth collaboration between Gilbert & Sullivan and their first blockbuster hit was HMS Pinafore, or ‘The Lass That Loved a Sailor.’ The opera opened on 28 May 1878 at the Opera Comique in London and ran for 571 performances. It became a huge hit in England and America, and was copied illegally by dozens of performing companies.

Pinafore is one of the most popular Gilbert & Sullivan operas, perhaps because of its infectious tunes and generally well-constructed libretto. Drawing on several of his earlier ‘bab ballad’ poems, Gilbert embued HMS Pinafore with mirth and silliness in abundance. The opera’s gentle satire reprises and builds upon the love between members of different social classes.

The action takes place on the quarterdeck of HMS Pinafore, anchored at Portsmouth harbour.

HMS Pinafore at St Mary the Virgin, Long Wittenham is a tale of mismatched love across different social classes. Josephine is the captain’s daughter and has fallen for lowly sailor Ralph. Yet her father has other ideas – he has promised her to Sir Joseph Porter, the First Lord of the Admiralty. Will love prevail? Climb aboard to find out, and enjoy a feast of fun along the way. Hip hip, hooray!

Opera Anywhere is a registered charity (1138490) and committed to bringing professional opera performances to communities. They receive very little public funding, most of their income comes from ticket sales which on many occasions fall short of their costs. You can help them fill the gap by making a donation or by becoming a friend.