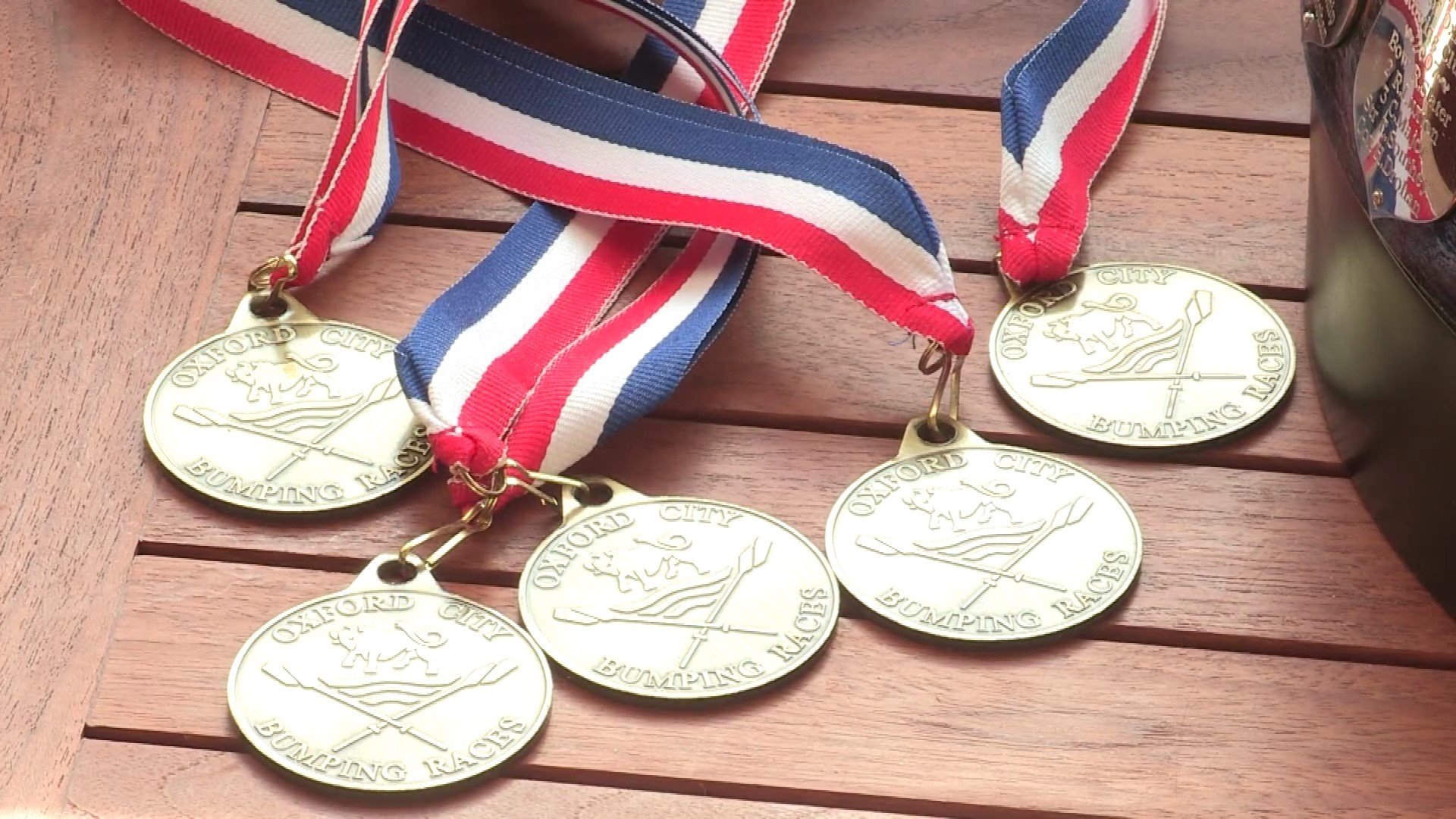 About the Oxford City Bumping Races

The Oxford City Bumping Races – also known as the Town Bumps – is held over the same course as the Oxford University bumps races, but is raced in coxed fours instead of eights.

The term bump refers to the way a faster boat catches a slower boat – this used to be the result of two boats physically coming into contact with each other, but these days it is simply an overlap. The event is described as ‘non-contact’.

Racing for Senior and Junior, Open and Women’s crews in coxed fours, will be in divisions with 4 races per division at 2-hourly intervals. Each team shall consist of 4 rowers, a cox, a poleman and a judge equipped with a bicycle.

Men and women race in separate divisions, with starting order drawn taking into account last year’s finish order. The aim is to finish as high in the order as possible at the end of the day, and so secure a better starting position next year.

Medals will be awarded to the crews at the head of the Open and Women’s first divisions at the end of the day’s racing. Members of crews that bump in each cycle of races without being bumped will each be awarded a mini blade trophy.

The Oxford City Bumping Races is not a qualifying event.