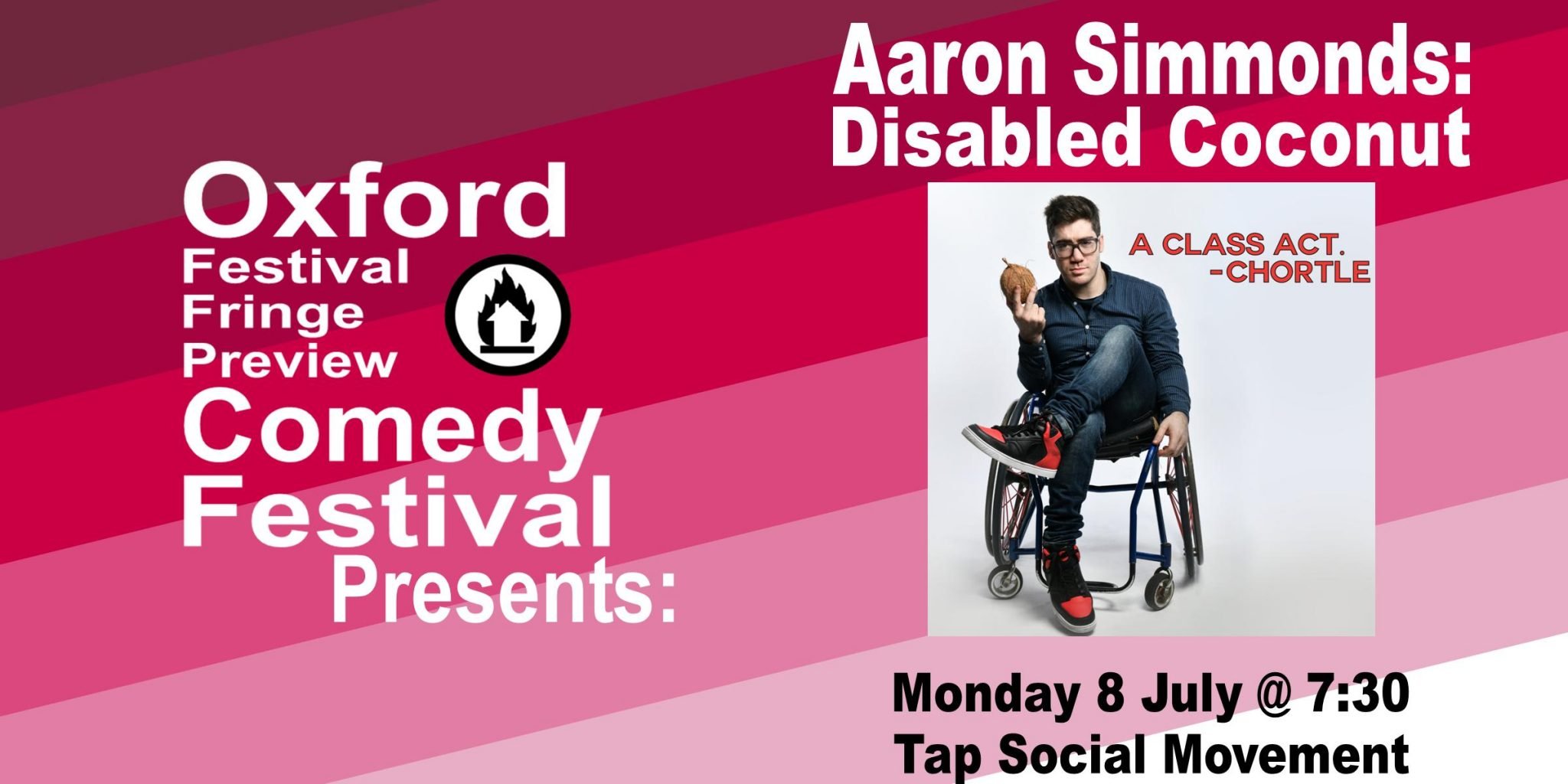 Have you ever been accused of not being disabled enough?

Join BBC New Comedian of the year 2017 finalist and wheelchair enthusiast Aaron Simmonds as he tells you his origin story of how his first paid gig led to him being on BBC2 and being the "unacceptable face" of disabled comedians.

Jewish Comedian Of The Year 2017

This Aaron Simmonds: Disabled Coconut show is part of the Oxford Festival Fringe Preview Comedy Festival, a month-long comedy festival taking place all over Oxford during July, and featuring the best and boldest comedic voices in the UK.