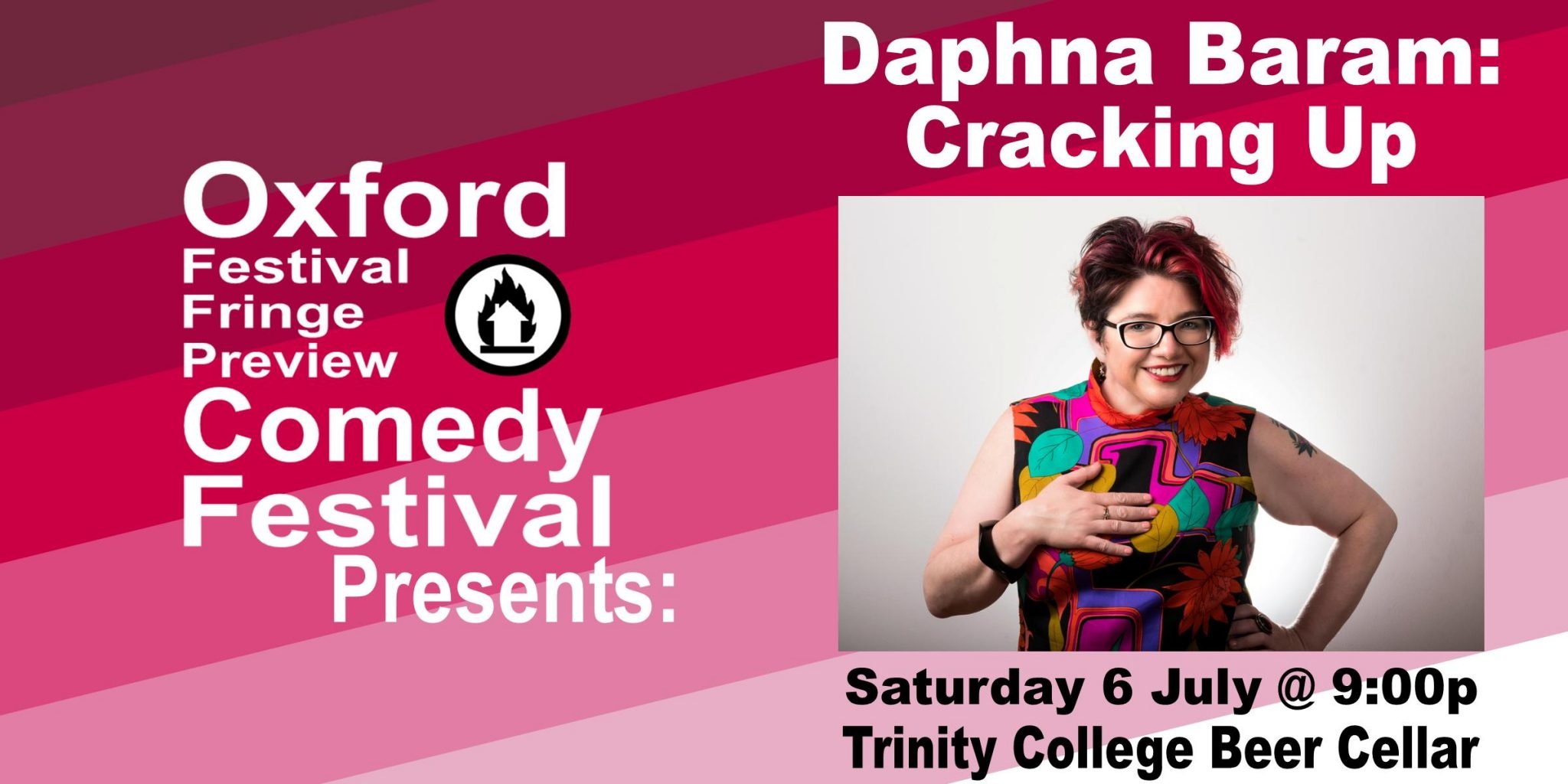 About Daphna Baram: Cracking Up

Quickly approaching 50, Daphna Baram believes she is having a midlife crisis, though her GP thinks that’s highly optimistic.

She looks back with no regrets but some remorse, and cracks up some insightful ideas about mass and time, AKA weight and age, tossed up with some political wisdom.

This Daphna Baram: Cracking Up show is part of the Oxford Festival Fringe Preview Comedy Festival, a month-long comedy festival taking place all over Oxford during July, and featuring the best and boldest comedic voices in the UK.