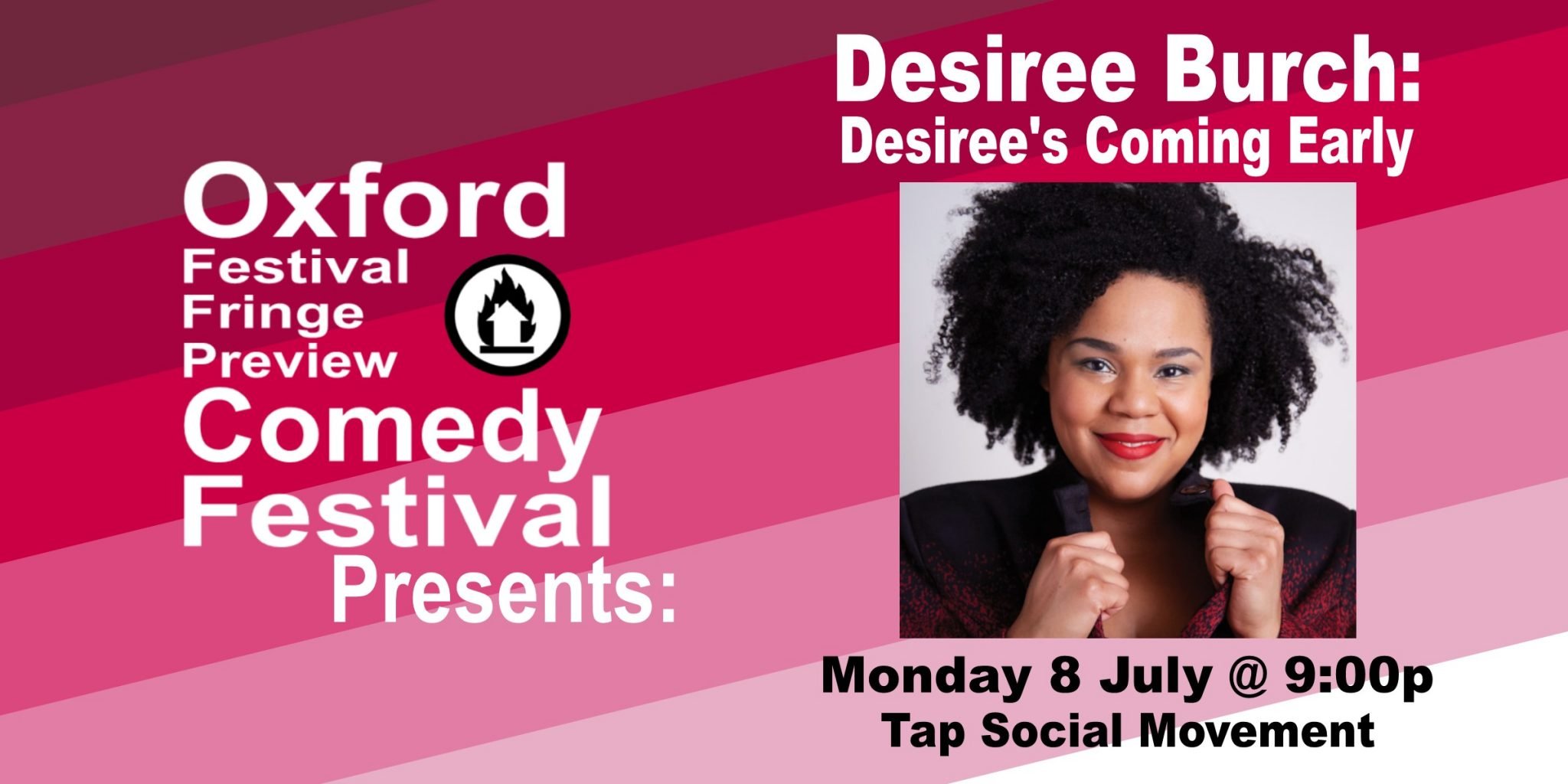 The breakout star of Netflix’s 'Flinch' and BBC’s 'The Mash Report' and 'Live At The Apollo' brings a new hour of authentic and acerbic comedy. As seen on ‘Have I Got News For You’ (BBC), ‘Qi’ (BBC), ‘Frankie Boyle’s American Autopsy’ (BBC) and ‘8 Out of 10 Cats’ (Channel 4).

This Desiree Burch: Desiree's Coming Early show is part of the Oxford Festival Fringe Preview Comedy Festival, a month-long comedy festival taking place all over Oxford during July, and featuring the best and boldest comedic voices in the UK.