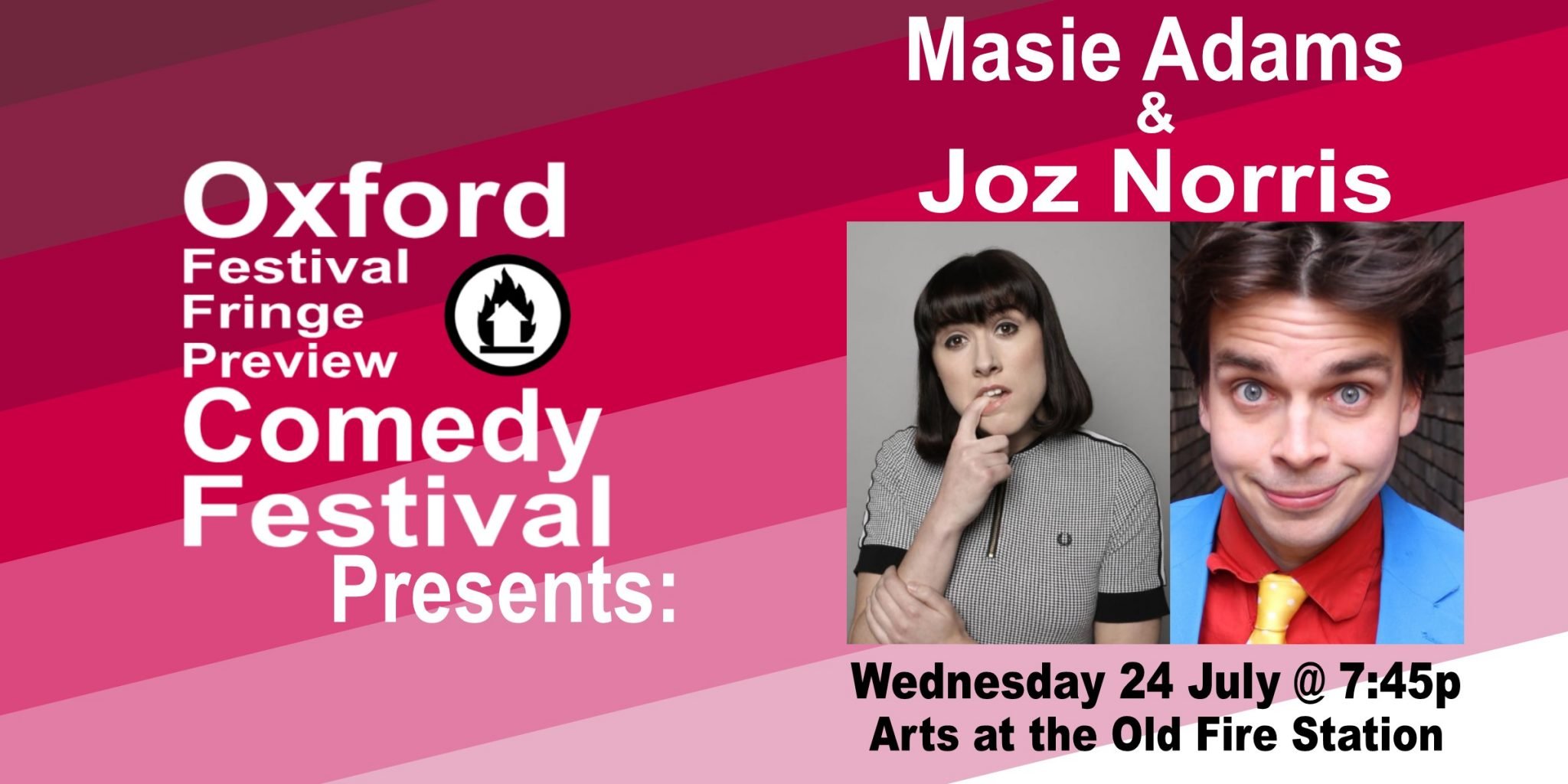 Join us for an evening of two of the most weird, wild, and side-splitting comedians on the circuit doing their solo shows!

Winner of Amused Moose National New Comic 2018 and So You Think You’re Funny 2017, Maisie Adam presents a work in progress of her second Edinburgh show. Her debut hour, ‘Vague’, earned her a nomination for Best Newcomer at last year’s Edinburgh Comedy Awards and this work in progress promises more witty observations delivered with her signature charm, hilarious physicality and sharp wit. As seen on ITV2’s ‘The Stand-Up Sketch Show’, BBC Three and Sky Arts ‘Urban Myths’.

“Maisie Adam is phenomenal” – The Scotsman)

Joz Norris has retired, or possibly died, who knows/cares? All that matters is that Mr Fruit Salad, a fictional chimaera he created as a form of self-care, has developed autonomy and decided to put on a solo show. A sort of absurdist meditation on anxiety and grief performed by an idiot from Pontefract who doesn’t exist. A sell-out at EdFringe 2018.

This show is part of the Oxford Festival Fringe Preview Comedy Festival, a month-long comedy festival taking place all over Oxford during July, and featuring the best and boldest comedic voices in the UK.