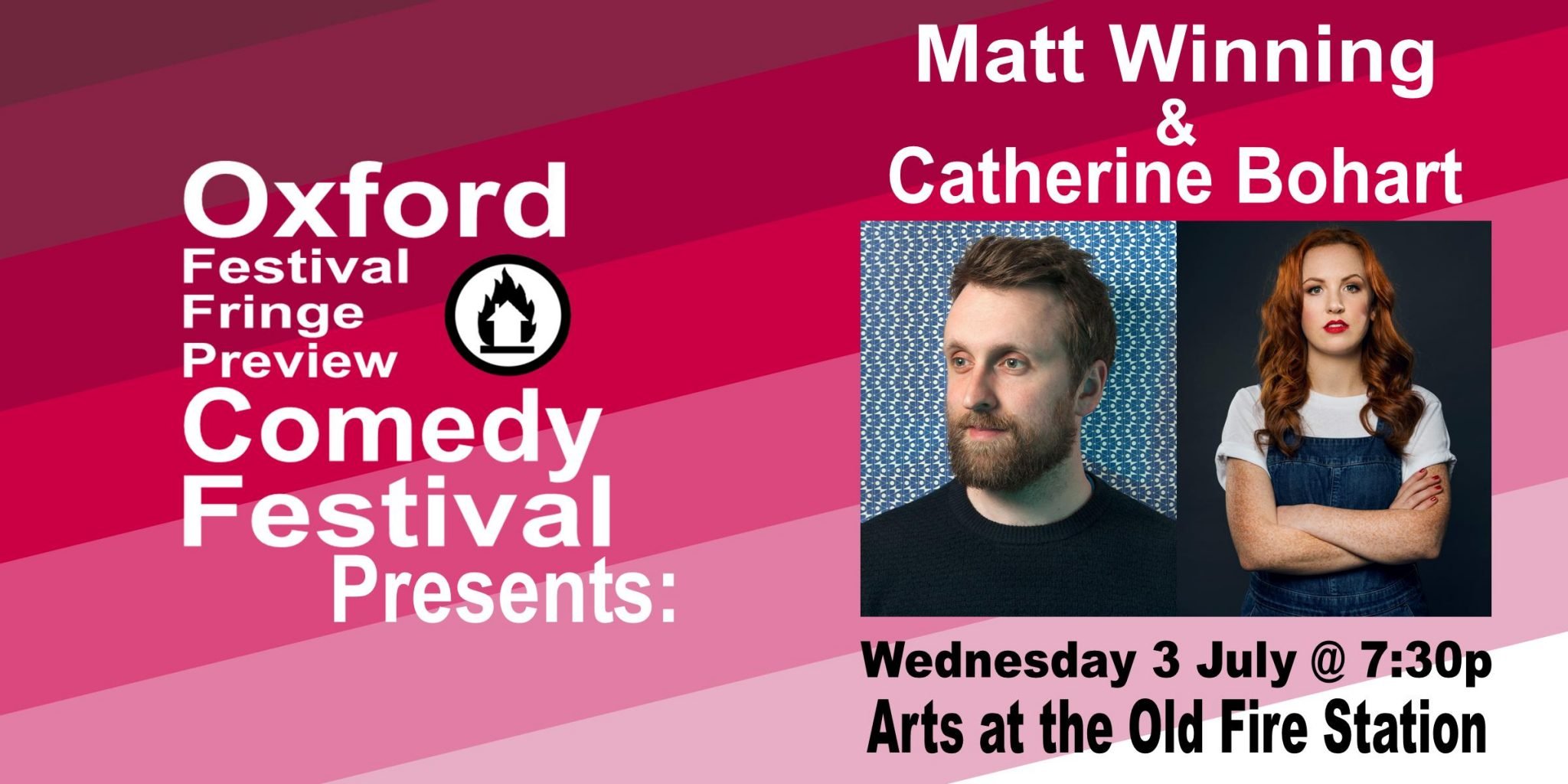 Join us for an evening of two of the best comedians on the circuit doing their solo shows, Matt Winning and Catherine Bohart!

Matt Winning: It’s The End Of The World As We Know It

(And I feel fine (but not all the time)). A storytelling lecture about how we cope with climate change from the ‘attractively impish’ (The Guardian) Dr Matt Winning.

As seen as the Environmental Correspondent on ‘Unspun with Matt Forde’ on Dave, BBC Three and BBC Radio2.

‘everything a Fringe show should be: hilarious, personal, inventive, and something that will stay with you for some time to come’ – ★★★★★ EdFestMag

Fresh from “the sort of perfectly structured Edinburgh debut you always hope for and rarely get to see” (The Times, ****), Catherine Bohart has some new jokes she’d like to try.
As seen on BBC2’s The Mash Report and Comedy Central’s Roast Battle. Writer for BBC’s The News Quiz, The Now Show & Frankie Boyle’s New World Order.

The Guardian’s Best Shows at the Edinburgh Festival 2018

This Matt Winning & Catherine Bohart show is part of the Oxford Festival Fringe Preview Comedy Festival, a month-long comedy festival taking place all over Oxford during July, and featuring the best and boldest comedic voices in the UK.