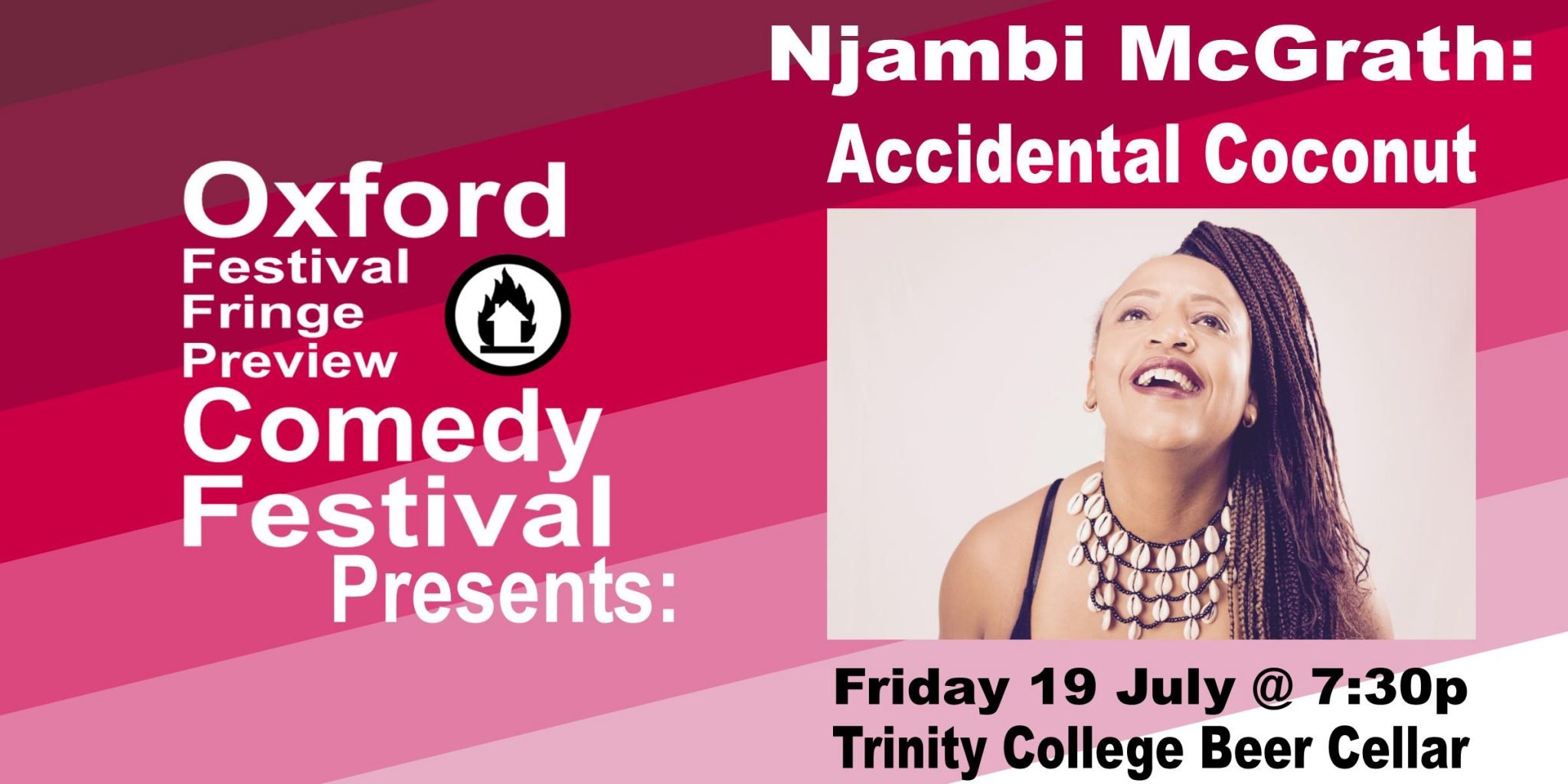 Brexit seems inescapable as the British stand at the crossroads of self-identity and nostalgia of a bygone era of an empire. This show is a juxtaposition of loss of a people from opposing sides. Those mourning from loss of former glory and those mourning how that former glory impacted on their lives ripping apart their innocence. In the era when the British people are re-examining who they are as a people, and in relation to the rest of the world. Njambi scrutinises her own story; from the other side of the empire.

This Njambi McGrath: Accidental Coconut show is part of the Oxford Festival Fringe Preview Comedy Festival, a month-long comedy festival taking place all over Oxford during July, and featuring the best and boldest comedic voices in the UK.