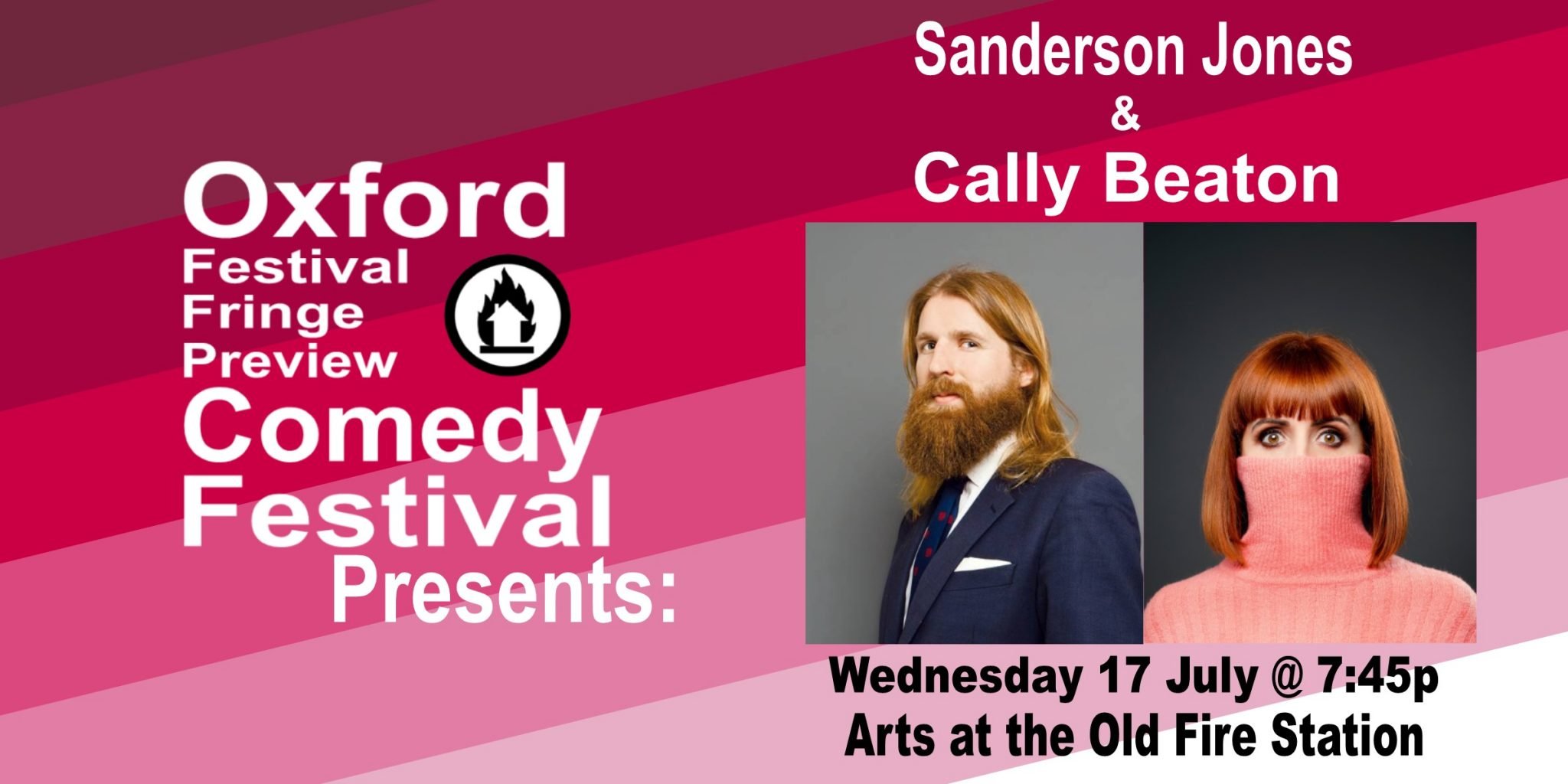 About Sanderson Jones and Cally Beaton

Join us for an evening of two of the most interesting, unique, and funny comedians on the circuit doing their solo shows!

Sanderson Jones, hairy mirth-maker and positive vibe distributor, has got a new show that combines comedy and wellbeing to make one 'Comedy Being'. Expect laughter, Venn diagrams, mindfulness, power ballads, ridiculous dancing and a lot more besides. Hear the tale of how this professional optimist started Sunday Assembly in 2013, a sort of non-religious church, which went viral, spread all over the world, and totally changed his life. You'll leave smiling, hopped up on dopamine and inspired to change the world. Because if this enthusiastic organisational disaster can launch a global movement, imagine what you can do.

Invisible is an unflinching, hilarious and unexpected insight into life at an age when the world ghosts you. Cally recalls the time she nearly disappeared in Iceland (the country, not the shop). From behind the lines of the mid-life resistance, she gets her shellacked claws into survival, turning gender stereotypes on their head as she goes. She won't go gentle into that good night. She might go mental. But she'll never go gentle. As seen on QI.

This Sanderson Jones and Cally Beaton show is part of the Oxford Festival Fringe Preview Comedy Festival, a month-long comedy festival taking place all over Oxford during July, and featuring the best and boldest comedic voices in the UK.