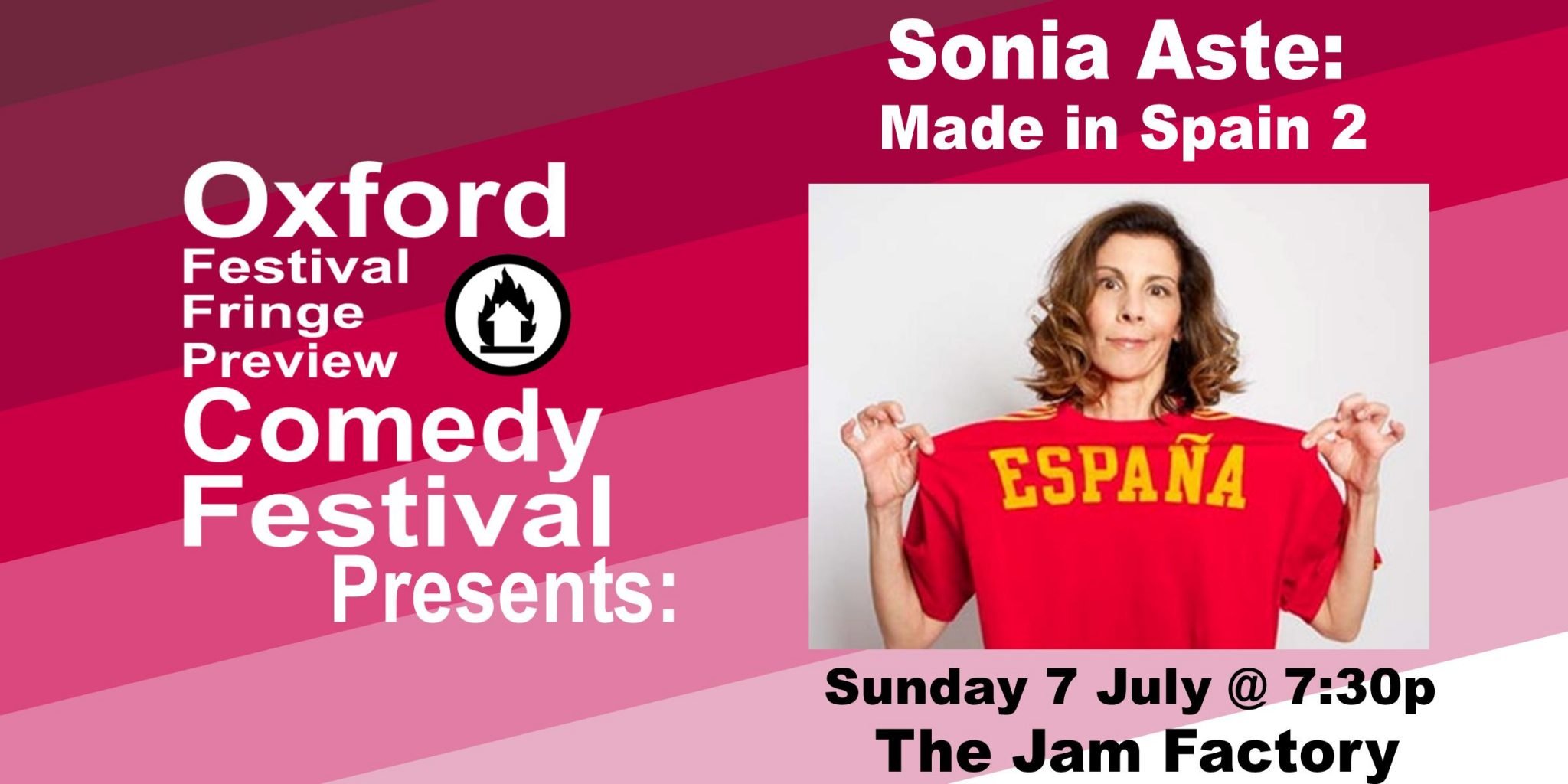 About Sonia Aste: Made in Spain 2

Sonia Aste is a Spaniard living in the UK who insists, ‘It’s not all fiesta and siesta! We get miserable too!’ Nobody’s listening.

After sell-out shows in 2018, this energetic Spaniard is back with her highly anticipated sequel. Referencing fans, football, folklore and family, it’s an uplifting show about UK/Spanish connections.

If you’ve been to Spain (or have yet to go) don’t miss this sunny and very funny journey. Foot stomping laughter at its best! ¡Olé!

‘Had the audience in stitches’ - RT Times

As heard on BBC Surrey

This Sonia Aste: Made in Spain 2 show is part of the Oxford Festival Fringe Preview Comedy Festival, a month-long comedy festival taking place all over Oxford during July, and featuring the best and boldest comedic voices in the UK.