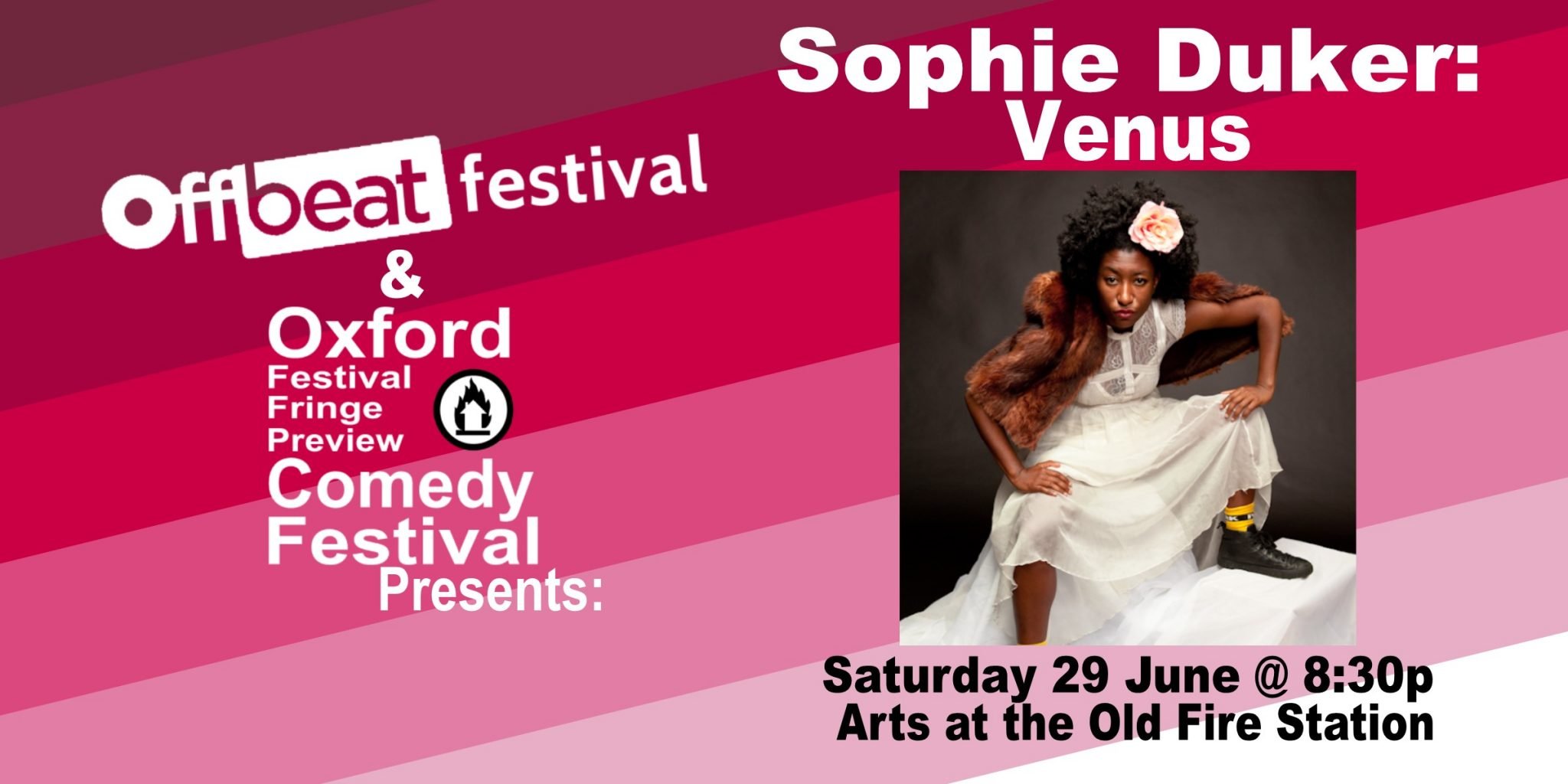 Sophie Duker is your Venus, she’s your fire, at your desire. Or is she?

Silly, sexy and savage stand-up about race, sex and (definitely not) being a goddess. From the host of the Wacky Racists Comedy Club. Star of Channel 4’s Riot Girls, as seen on Comedy Central and BBC Three.

This Sophie Duker: Venus show is part of the Oxford Festival Fringe Preview Comedy Festival, a month-long comedy festival taking place all over Oxford during July, and featuring the best and boldest comedic voices in the UK.

This show is produced in partnership with Offbeat, Oxford’s genre-bending festival of new work.