Oxford Comedy Festival 2019 presents Tom Houghton: That’s What I Go to School For 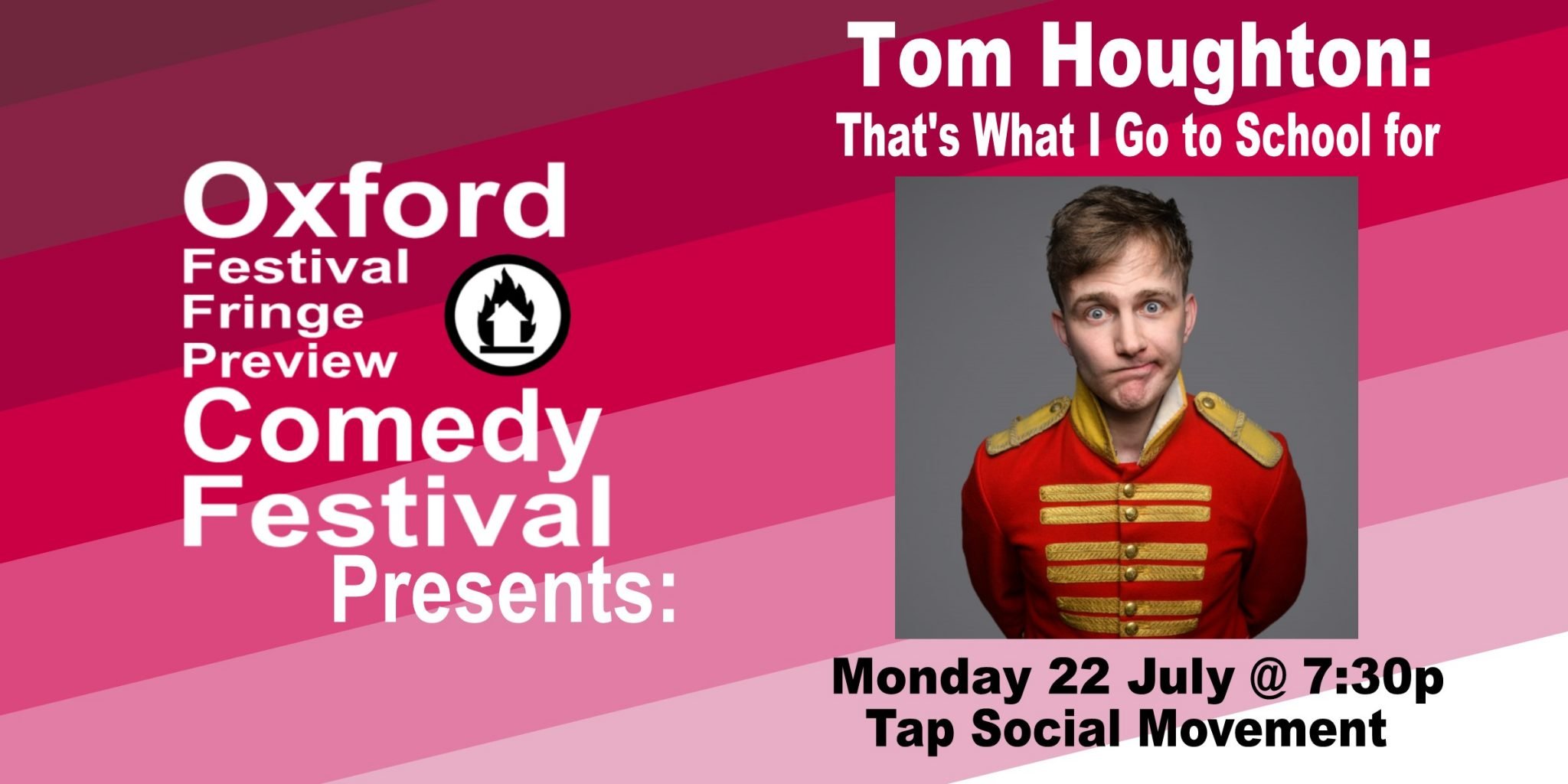 About Tom Houghton: That's What I Go to School For

Tom was sent to all-boys boarding school at age six. A world where ‘day kids’ are shunned and girls? None existent. But when, in his second last year, the school decided to go co-ed, everything was to change. The total Fringe sell-out, star of Comedy Central’s Roast Battle and ultra-privileged Tower of London resident, Tom Houghton lifts the controversial lid on the incubators responsible for producing many of our country’s leaders. With a little help from 00s pop sensation Busted.

This Tom Houghton: That's What I Go to School For show is part of the Oxford Festival Fringe Preview Comedy Festival, a month-long comedy festival taking place all over Oxford during July, and featuring the best and boldest comedic voices in the UK.