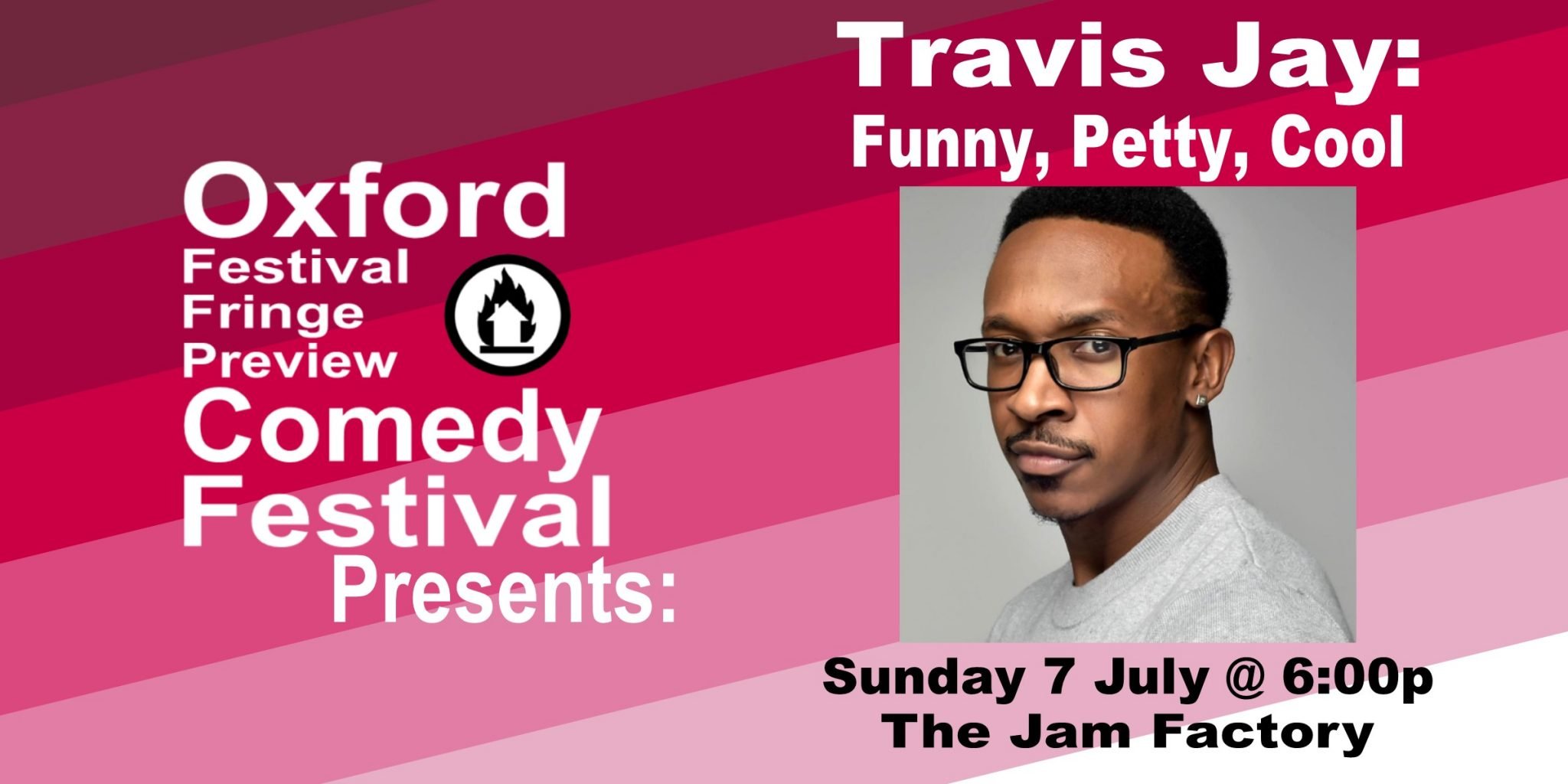 About Travis Jay: Work in Progress

Travis Jay presents his brand new, emotional roller-coaster of a show. It recounts Travis’s hilarious journey from childhood to fatherhood, and the many hiccups in-between.

Nominated for The Leicester Mercury Comedian of the year in 2016, Travis Jay is a stand-up, actor and radio presenter who has been performing on the comedy circuit since 2009.

After winning the Jumpoff TV Comedy competition in 2012 he went on to perform for BBC 1xtra and made an appearance on BBC Radio 4’s Stephen K Amos’ Life: an Idiot’s Guide. Travis is currently a radio presenter for ‘The Vibe’ on The Beat London Radio station.

This Travis Jay: Work in Progress show is part of the Oxford Festival Fringe Preview Comedy Festival, a month-long comedy festival taking place all over Oxford during July, and featuring the best and boldest comedic voices in the UK.