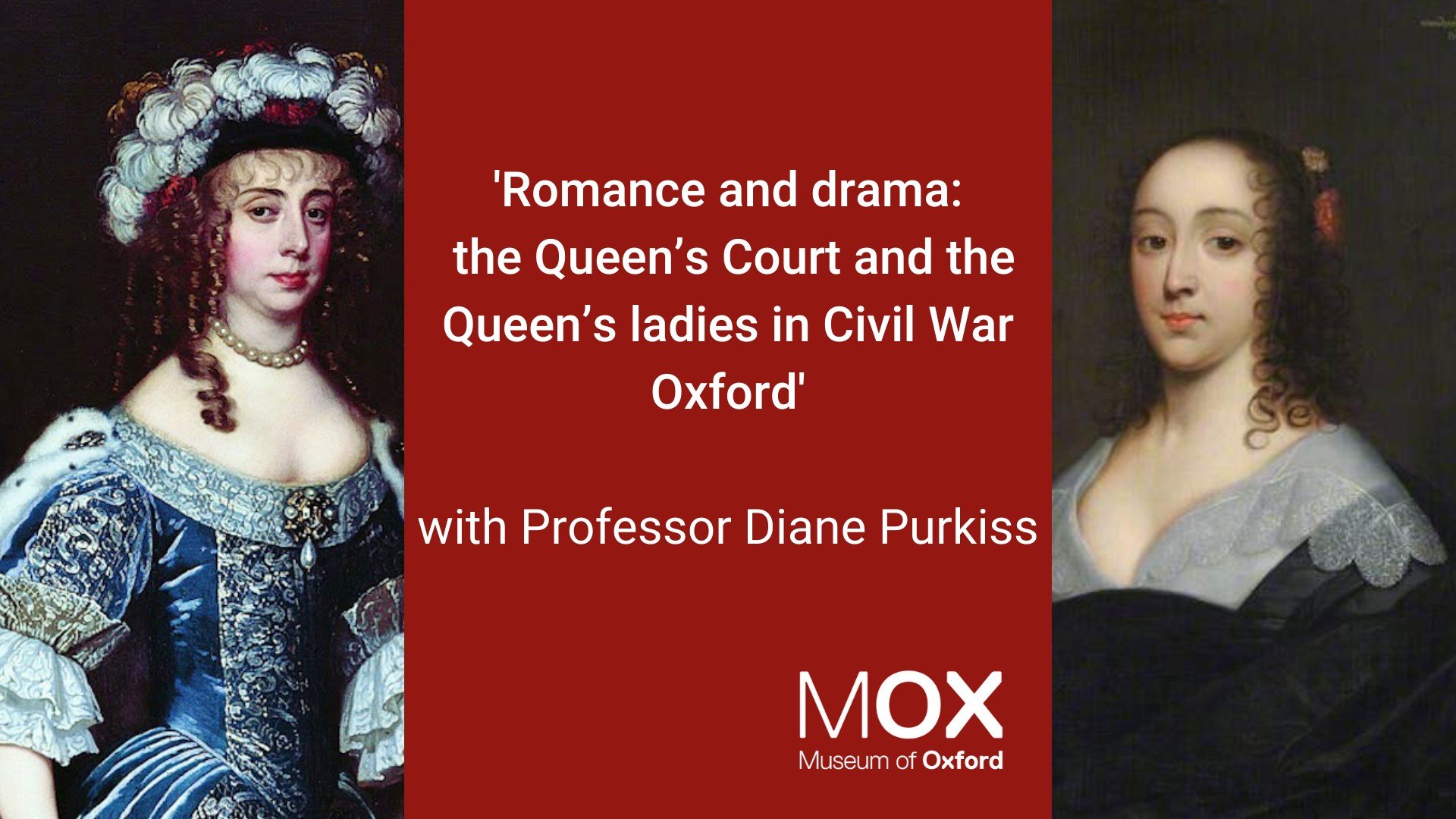 During the English Civil War, the court of Charles the first moved to Oxford, along with his army. His Queen Henrietta Maria joined him there, bringing with her all her court ladies, some of whom were young girls who had been sent to court to find suitable husbands.

Two of them – Margaret Lucas and Ann Harrison – became enmeshed in thrilling romances in the heart of the unreal pasteboard court in exile. Surrounded by siege lines, living in an army garrison town, they retained their courage and nerve, on the Queen’s stage and off it. Learn about their runaway romances.

Diane Purkiss is Fellow and Tutor of English at Keble College, Oxford. She specialises in Renaissance and women’s literature, witchcraft and the English Civil War.

“Diane’s talks are always animated and exciting with a wealth of information. She always brings the subject to life!” David, Museum Development Officer at the Museum of OxfordLibrary of you

The process of reminiscence has been proven to help connect people, reduce symptoms of depression, promote physical health, reduce stress and enhance self-esteem.