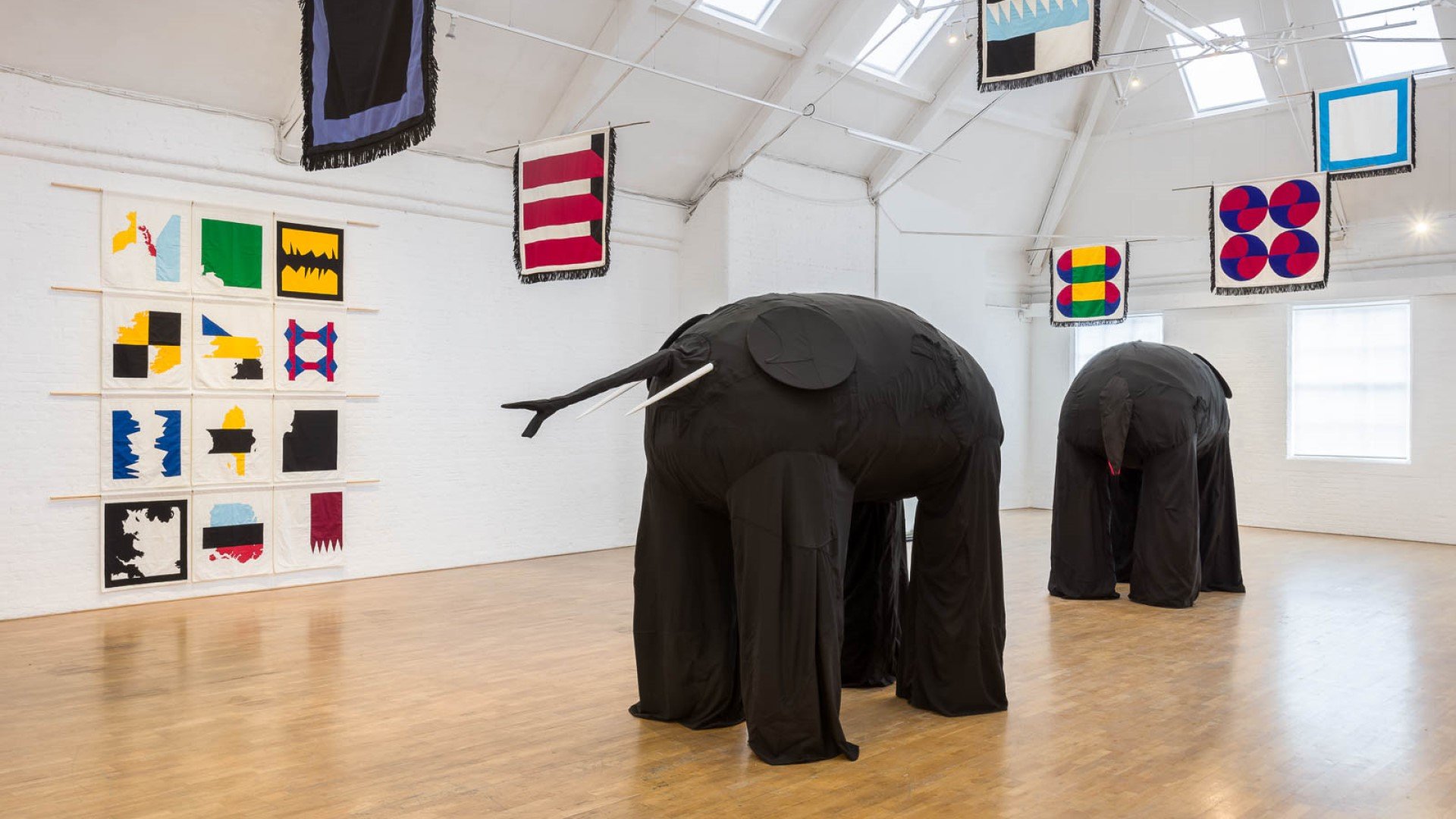 For his largest solo exhibition, Samson Kambalu’s powerful installation creates the atmosphere of an initiation ceremony for a utopia of international racial justice that equally values each person. This idea of a ‘New Liberia’ marks a mass change in attitudes, sparked by the pandemic and global Black Lives Matter protests in 2020.

Samson Kambalu: New Liberia exhibition is also grounded in the events of his African childhood. Watching makeshift cinema and Nyau dances of ancestral costumes (a secret society of the Chewa, the largest indigenous group in Malawi) and enjoying playground swaps of national flag cards whilst living under a dictatorship that came after British colonial rule.

Samson Kambalu was born in Malawi in 1975. He studied Fine Art and Ethnomusicology at the University of Malawi, and later a Masters in Fine Art at Nottingham Trent University and a Doctorate Chelsea College of Art and Design.

Samson works in a variety of media, including site-specific installation, video, performance and literature. His work is autobiographical and approaches art as an arena for critical thought and sovereign activities. He has shown his work around the world, including Dakar Biennale (2014, 2016), Tokyo International Art Festival (2009) and the Liverpool Biennial (2004, 2016).

In 2000 Kambalu made a work called Holy Ball, a football wrapped in pages of the Bible, and invited people to ‘exercise and exorcise’ with it at various venues, both local and international, starting with the University of Malawi’s Chancellor College. This was Malawi’s first exhibition of conceptual art. Since then, Kambalu has evolved a philosophy of life and art based on play and critical transgression.

His first novel, a portrait of the artist growing up in Africa, The Jive Talker or How to Get A British Passport, published by Jonathan Cape and Simon and Schuster in 2008, was awarded Winner of the National Book Tokens ‘Global Reads’ Prize (2010). His recent novel, Uccello’s Vineyard, is a detourned narrative about photography and art set in the Middle Ages.

Samson is an associate professor of fine art at Ruskin College and fellow at Magdalen College, Oxford University.