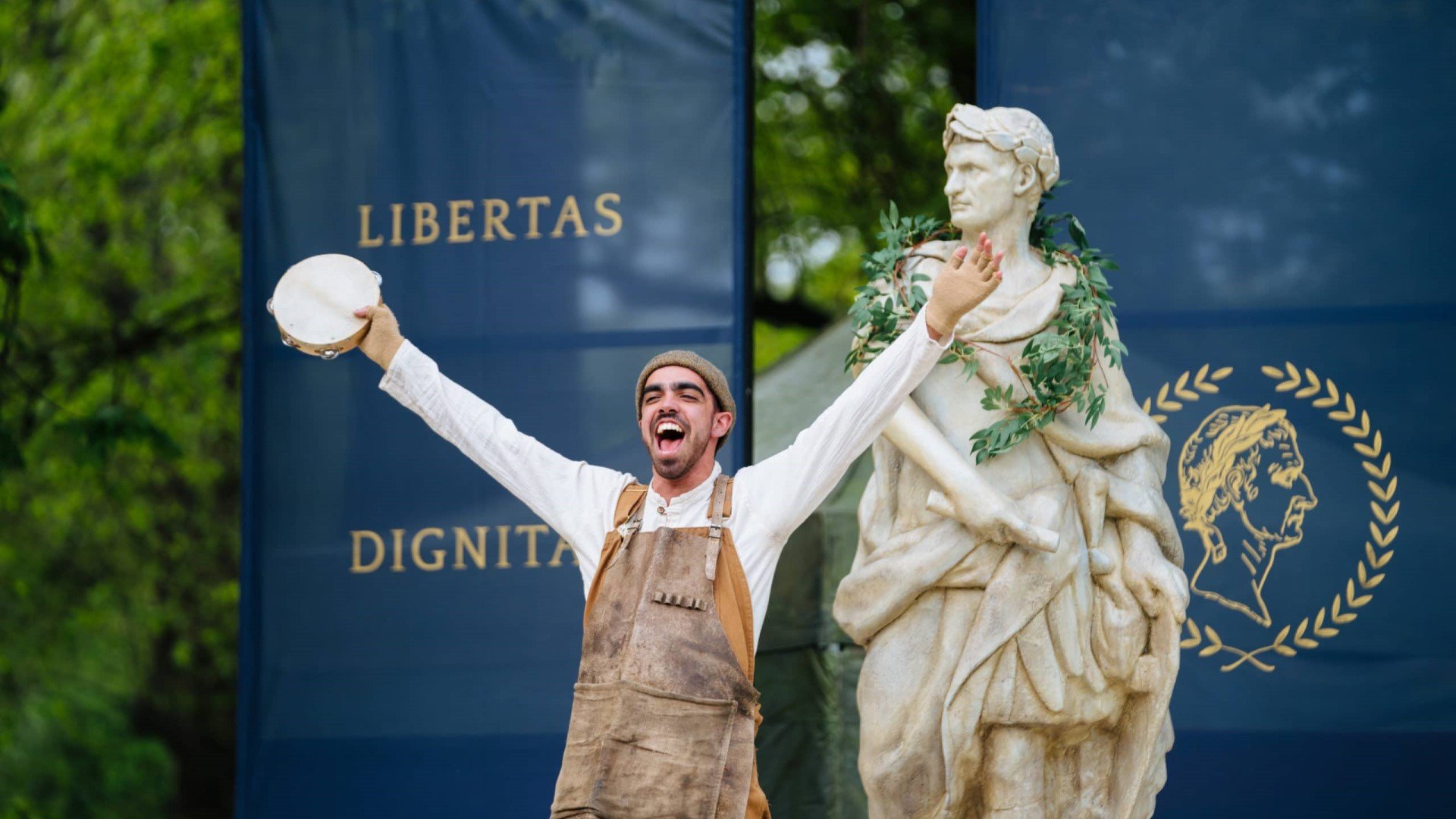 “Th’ abuse of greatness is when it disjoins Remorse from power.” Act II, scene 1

Shakespeare’s Globe brings a startlingly relevant new production of the epic tragedy Julius Caesar to the grounds of Magdalen College School in Oxford this summer.

When Cassius and Brutus decide Rome’s leader Julius Caesar poses a political threat to their beloved country, there’s only one solution…

Duration: 150 minutes with an interval

Everyone is asked to arrive prepared for the expected weather condition. Refunds will only be offered if a performance is cancelled or postponed.

This is an Outdoor Production. Please dress appropriately for weather conditions.

Performances will continue in all but the most extreme weather conditions, where it may be deemed unsafe for the production to continue.

As weather conditions can change, and forecasts are inaccurate, the decision to cancel or postpone a performance may not be taken until the published start time.