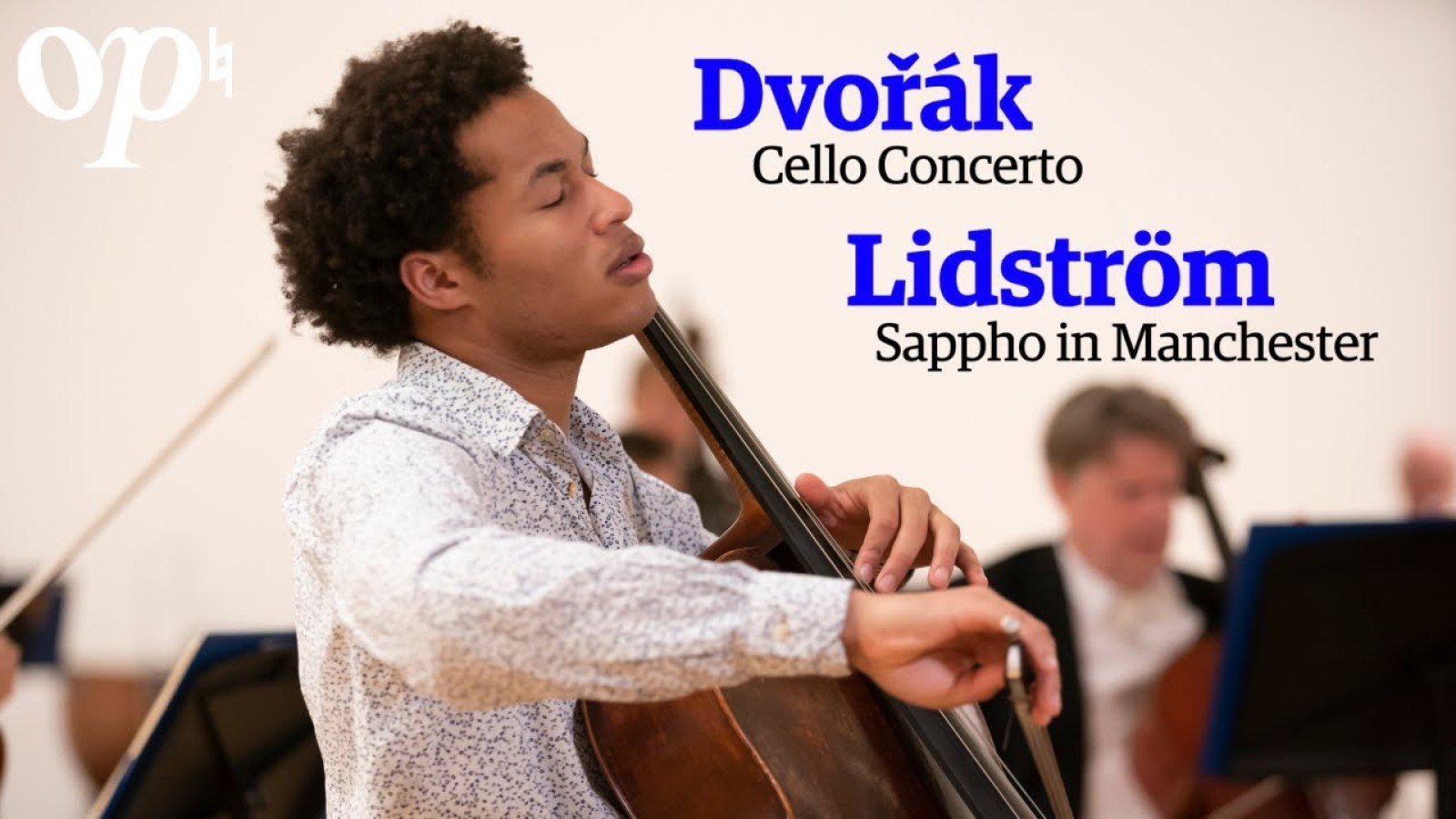 On Friday 1 January, star cellist Sheku Kanneh-Mason joins the Oxford Philharmonic Orchestra in his first ever recorded performance of Dvořák’s rich and lyrical Cello Concerto in B minor (1894), performed in its arrangement for chamber orchestra by George Morton. Dvořák had long resisted writing a solo concerto for cello – he was fond of the instrument, especially its middle register, but felt it would not do as a solo instrument thanks to its ‘nasal high register and mumbling bass’. Nevertheless, he relented in 1894 and the resultant work has become a staple of the cello repertoire.

The concert also features the world premiere performance of Mats Lidström’s Sappho in Manchester: Interlude for String Quartet and Orchestra (2020). Dedicated to the composer’s son, Leif, the piece was inspired by the painting of Sappho (1877) by Charles Auguste Mengin, hanging in the Manchester Art Gallery. Whilst Leif was studying at the Royal Northern College of Music in Manchester, the two would often visit the Gallery together and became particularly fond of Sappho, often agreeing to meet at her portrait. Sappho in Manchester is a souvenir from Lidström’s visits to his son.