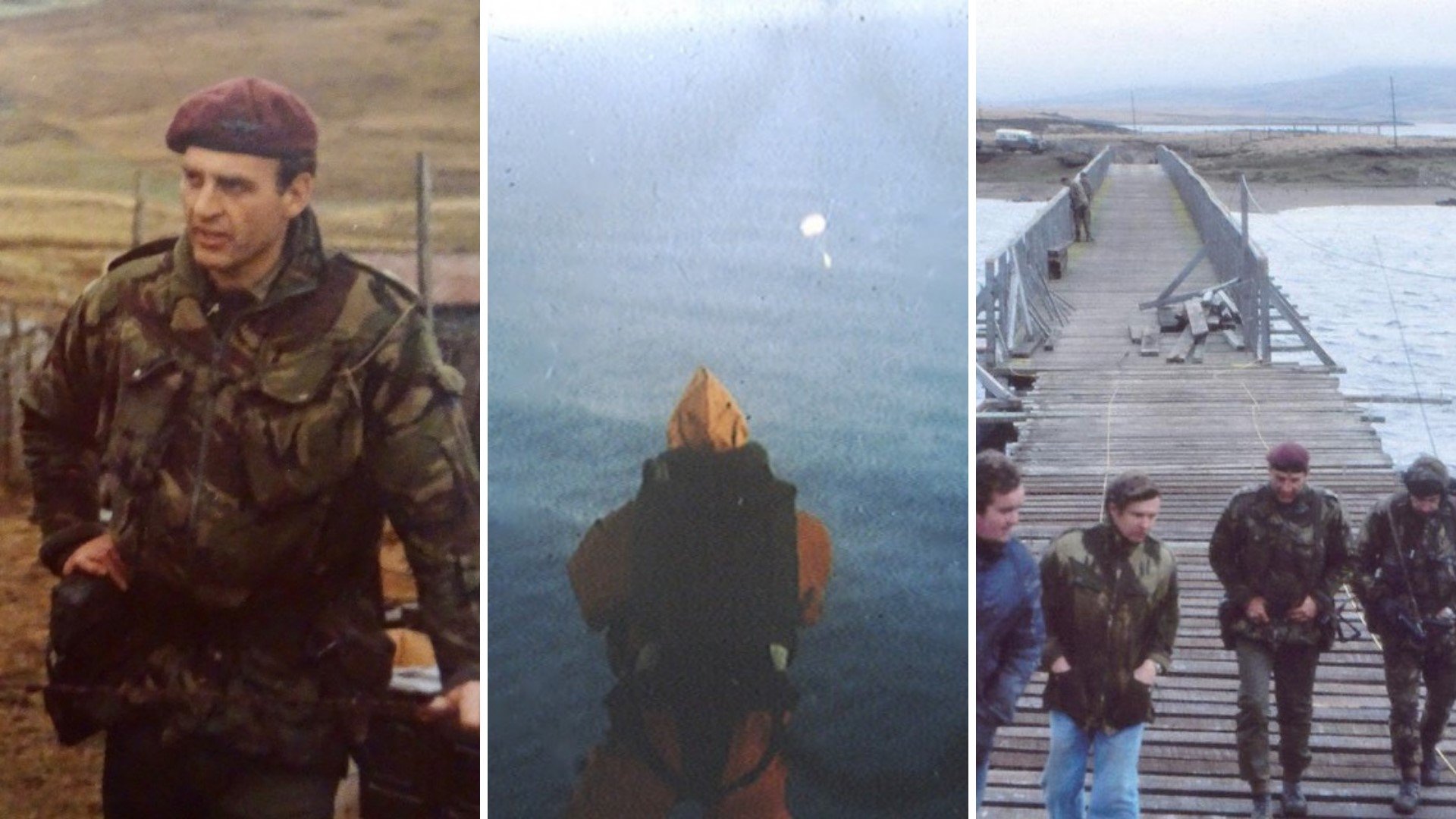 About The Falklands War 1982: A close run thing

Marking 40 years on from the conflict fought between British and Argentinian forces over the Falkland Islands, a talk by Brigadier David Chaundler, who led 2nd Battalion, The Parachute Regiment, as a Lt-Colonel during the conflict.


The next in Soldiers of Oxfordshire (SOFO) Museum’s series of online talks, The Falklands War 1982: A Close Run Thing, will be streamed on the museum’s website from 7.00pm on 18 May 2022.

Nearly 40 years earlier, speaker Brigadier David Chaundler (then Lieutenant Colonel) was parachuted into the South Atlantic to take over command of the Second Battalion of the Parachute Regiment (2 PARA) following the death of his old friend, Lt-Col. ‘H’ Jones. Jones was killed in action during the Battle of Goose Green.

Arriving in Goose Green four days after the battle, he would see 2 PARA through to the end of the conflict and the surrender of the occupying Argentinian forces. While commanding 2 PARA, the battalion would open up the southern flank and witness the air attack on the Sir Galahad and Sir Tristram before moving up onto the northern flank and taking part in the Battle for Wireless Ridge.

He and 2 PARA would eventually take Port Stanley – against orders.

Watch
Watch the event free on the museum website, no ticket or registration required.

The talk will also be followed by a live Q&A, allowing viewers to ask further questions about his experiences during the conflict.

No digital ticket, sign up, or registration is required to view this talk – but the museum asks for donations to support their continued work caring for the county’s military collections and in bringing stories like David’s to a wider audience through events like these.

SOFO Museum would also like to thank Lucy Group Ltd for sponsoring this event.

Those that miss the live event or are unable to join can still ‘catch up’ as an archived feed will be made available using the same link shortly after the live event ends.