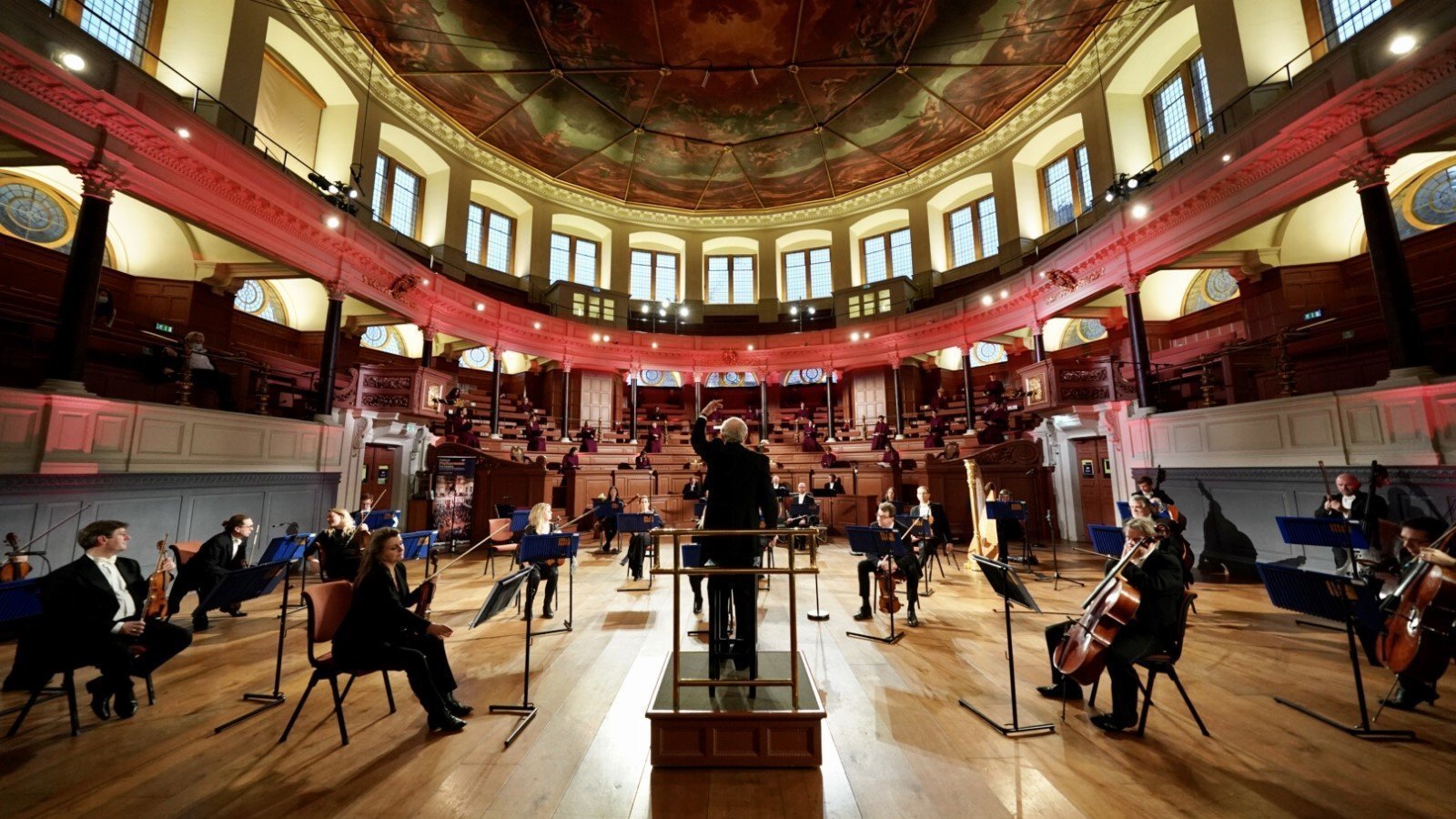 A special concert to say thank you and pay tribute to the achievements of the Oxford vaccine team has been recorded at the Sheldonian Theatre for a film screening in time for Christmas.

The Oxford Philharmonic Orchestra has recorded a special concert, featuring a world premiere from composer John Rutter performed by bass-baritone Sir Bryn Terfel, as a thank you and tribute to the work of the Oxford COVID vaccine team.

A film of the concert, in recognition of the scientists at the Oxford Vaccine Group and the Jenner Institute, will be streamed on Friday 18 December for members of the public, following an exclusive first viewing for those developing the COVID-19 vaccine.

The concert, recorded at the Sheldonian Theatre, will be introduced by Classic FM’s John Suchet and will feature interviews from performers, researchers, and the Vice-Chancellor of the University of Oxford, Professor Louise Richardson.

The tribute will also include special messages from the Orchestra’s Royal Patron, HRH Princess Alexandra, as well as violinists Anne-Sophie Mutter and Maxim Vengerov, both long-time collaborators with the Orchestra.

The concert will be streamed in full on the Oxford Philharmonic’s YouTube Channel on Friday 18 December at 6.30pm.