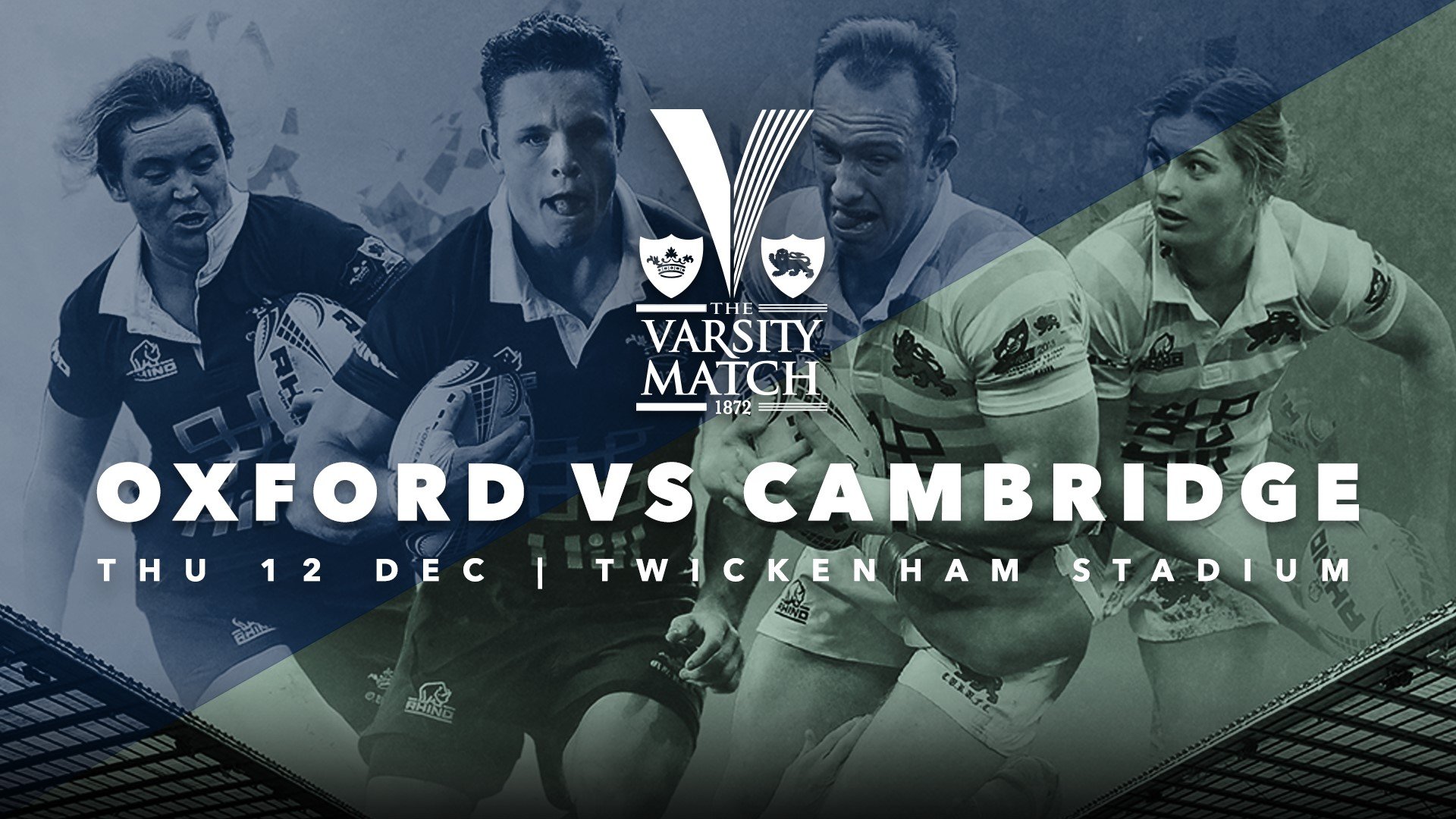 About the Varsity Match 2019

The 138th Varsity Match and the 33rd Women’s Varsity Match will take place on Thursday 12th December 2019 at Twickenham Stadium – the home of English rugby.

The Varsity Match is an annual rugby union fixture played between the universities of Oxford and Cambridge in England. Th e event began in 1872, with interruptions only for the two World Wars. Since 1921, the game has been played at Twickenham Stadium in London. It is normally played in early December.

To date, Oxford University RFC have 60 wins, and Cambridge University R.U.F.C. maintain the lead with 63. 14 games have ended in draws.

Both matches will be streamed live on online via Varsity Match YouTube, England Rugby YouTube and Facebook Live, and TV via BBC's Red Button (UK residents only).