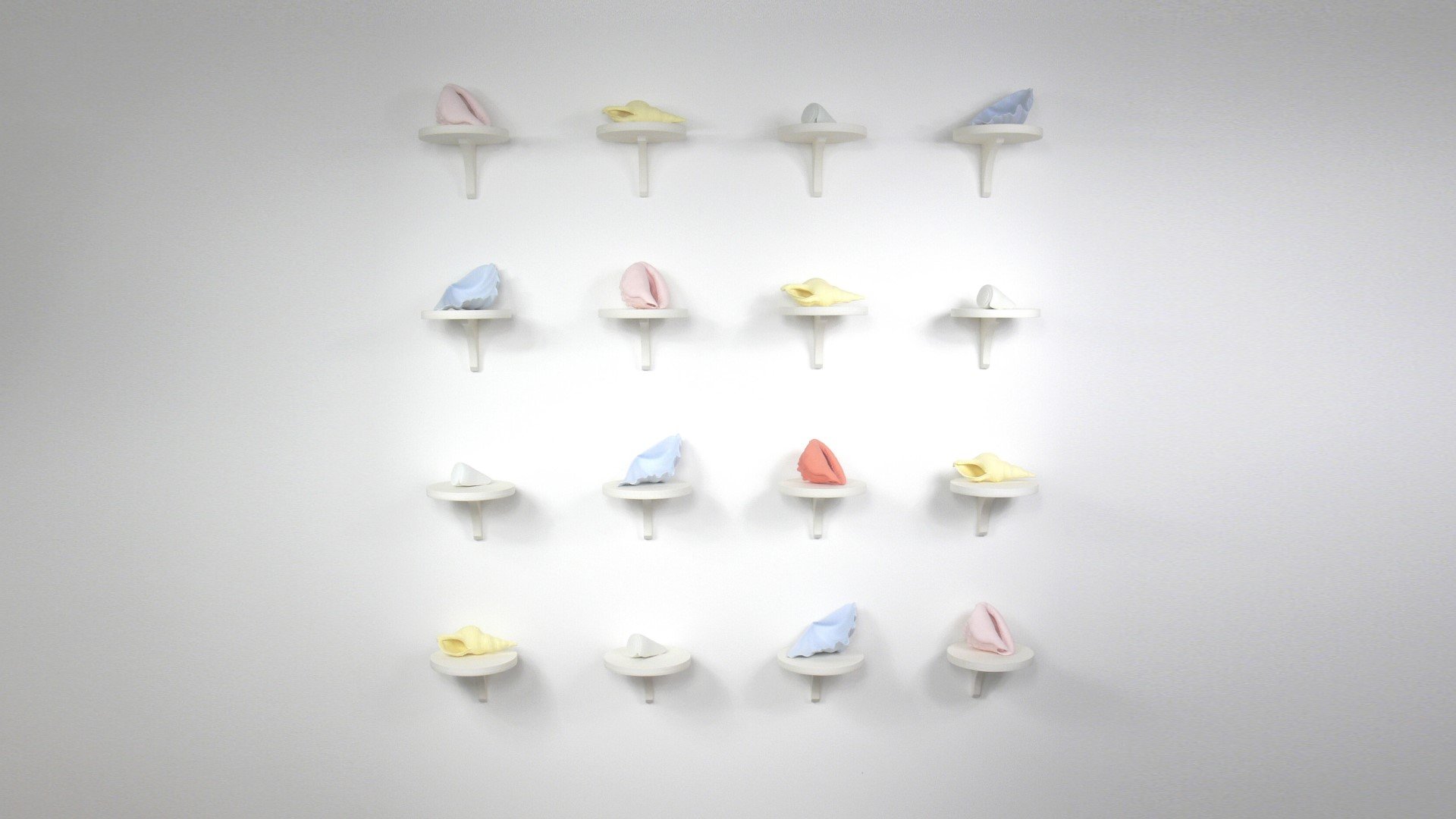 About Veronica Wilton - The Time is Now exhibition

Veronica Wilton is a British artist known for her sculptural objects, forms, and compositions charged with personal significance.

Veronica was one of the generation of artists who emerged in the late 1980s but never became known as one of the Young British Artists or YBAs.

To begin with, she wasn’t sure if she was British. Born in London, her parents moved to the States when she was 3, and by the time she was 14, she’d lived in almost as many places, from New York to San Francisco, Washington DC, and back to England, where she studied at Byam Shaw.

This is where slightly different ideas and aesthetics were being cultivated. The critic Jean Fisher, and gallerist Robin Klassnik, brought in visiting artists from around the world. The ethos was trans-cultural and politically orientated, she says.

Klassnik encouraged an interest in site-specific work, while Fisher, who believed in art as a radical practice, introduced her to artists working outside the gallery - Gordon Matta Clark, Daniel Buren and Jenny Holzer, amongst others. Graduating in 1989, she took part in the New Contemporaries with Damian Hirst - making new work for each venue.

Her subjects are found in the natural and material world, but the sense that you know what you are looking at evaporates quite quickly. She says her work brings her delicate, abstract experiences into a more concrete, physical reality.

“When I look at things closely, they can begin to open-up and unfold, offering instances of clarity and intense sensual awareness. This is something I want the work to convey.” While focusing on the physical nature of things, it’s the metaphysical which it summons up.

She makes her ‘own’ motifs in clay, but equally, she likes to re-make or re-present objects made by others. In the process, there’s a kind of mirroring which takes place, especially where a mould is a bit like a (three dimensional) reflection.

“It’s not so much the individual subjects but the mirroring which interests me.” In this process, there can be a moment of opening-up, a slippage, and the work arrives at readings that might be much more open-ended. 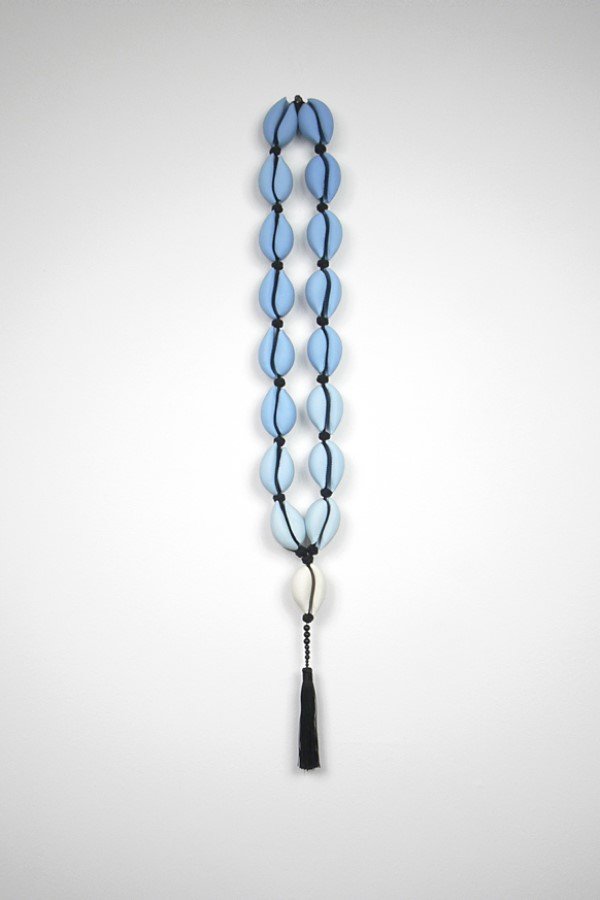 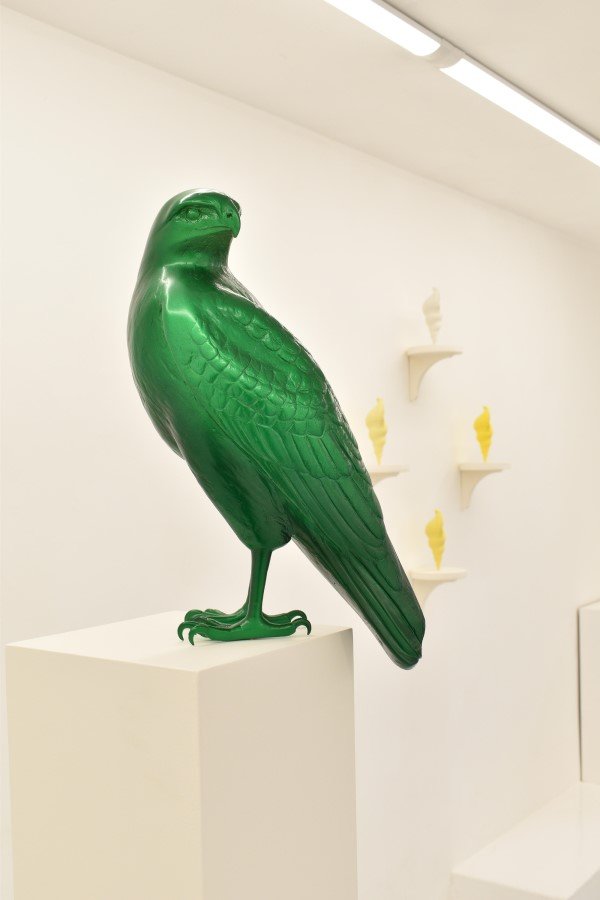 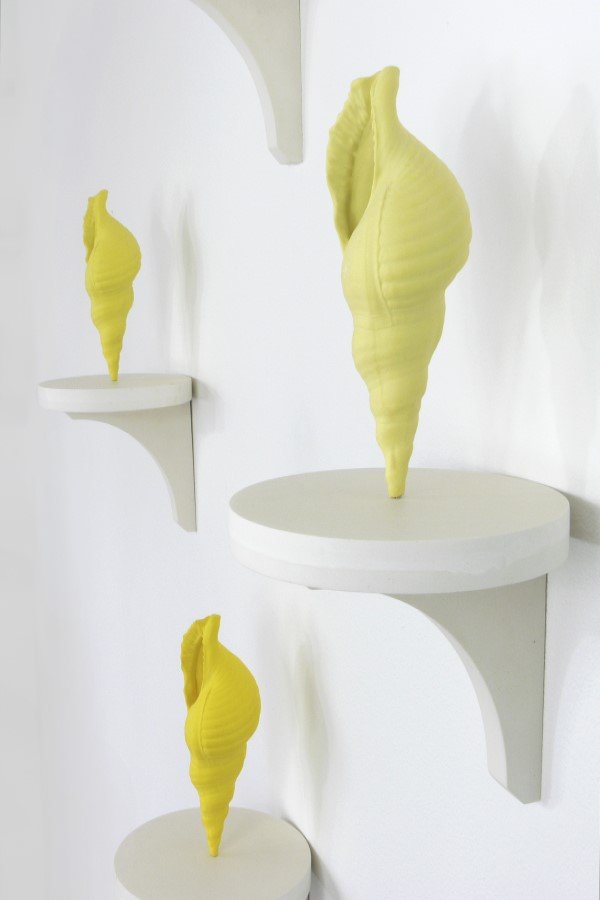 From left to right (top to bottom) Blue Hour, The Green Dream, and Yellow Diamond.