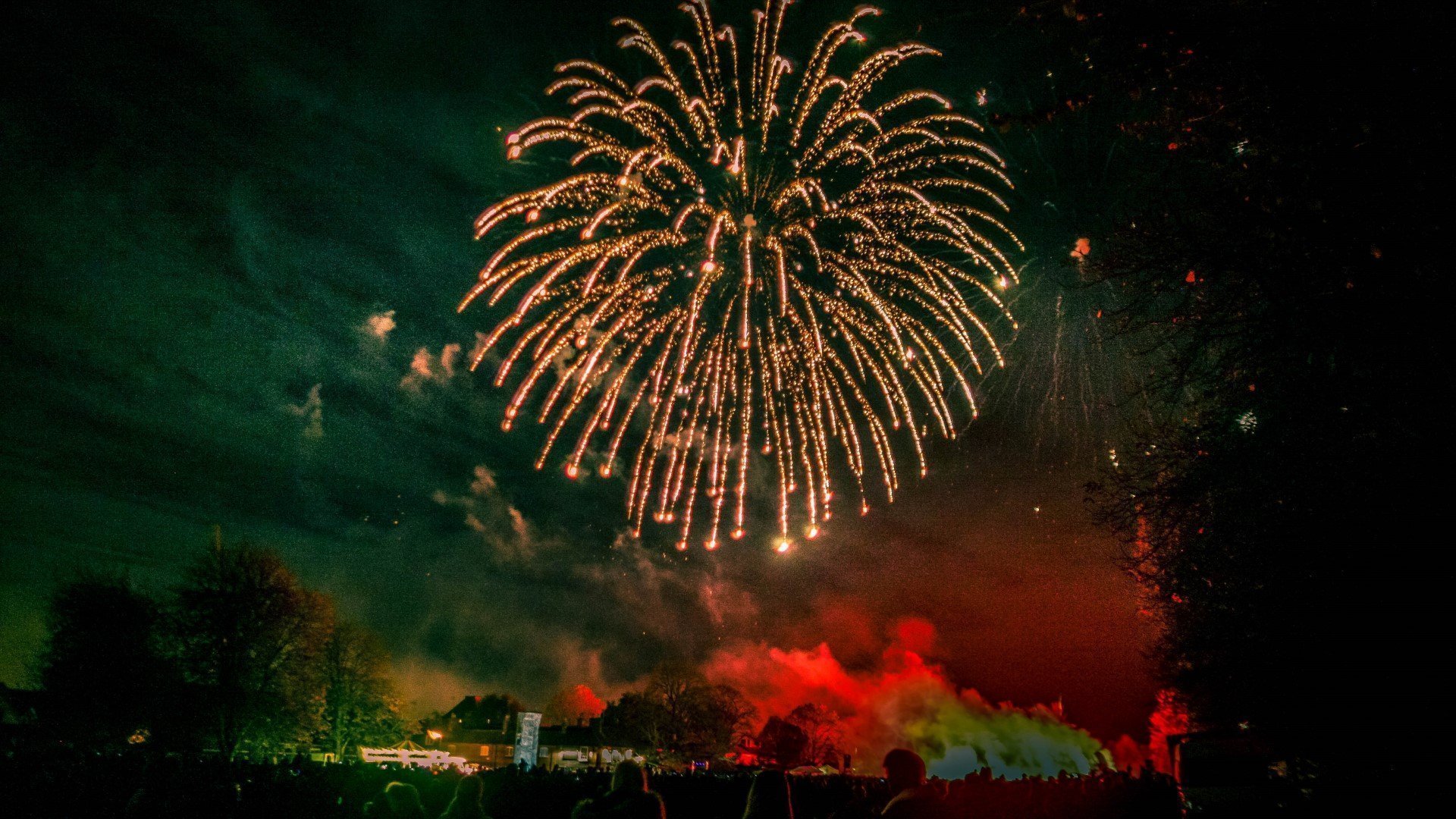 About the Wallingford Bonfire and Fireworks

The Wallingford Bonfire and Fireworks will be going ahead this year on Saturday 06 November!

Every year, all of the money raised at the fireworks is given back to the community. Local charities and organisations have suffered enormously in the last 18 months and need your help more than ever.

The organisers want to make this year a special year - to raise more money than ever. And they need your generous help to do this through the following means:

Online donation – Help raise much-needed funds ahead of the bonfire night by donating now or in the run-up to the fireworks.

Gate donation – Wallingford Fireworks is FREE to attend but relies on your generous donations on the night as you enter the Kinecroft, and when you leave, please give generously!

Purchasing from Wallingford 1155 – By paying for a Hot Dog, Mulled Wine, Glow Sticks or Sparklers, you will be supporting the event and helping to raise even more money for local causes.

The bonfire celebrations display the best of Wallingford’s community spirit with a multitude of local people offering their services and help, from donations of pallets by the lorry load for the bonfire before the event to official money counters after the event.

Wallingford ‘Eleven Fifty Five’ is a charity organisation formed in 2008 to continue the work of the Round Table in and around the town. Many of its members had previously belonged to the Round Table but sought to develop a more inclusive group open to both men and women.

Wallingford 1155 aim to plan, coordinate and support several established charity events in the town but also to have great fun and make new friends in the process.

The organisation is well known for organising Santa’s Sleigh and the Town Fireworks and providing support to the other events in and around Wallingford. All the while supporting our local charities and organisations by including them in a multitude of ways.

Wallingford was granted a Royal Charter in the year 1155 by the great King Henry II in return for the support given to him by the town during the recent civil war between his mother Empress Matilda and King Stephen.

The 1155 charter signified giving something back to the townspeople, much like the name represents ‘Giving Back’ to the local community today.

See all the bonfire and firework display events in Oxfordshire in 2021.