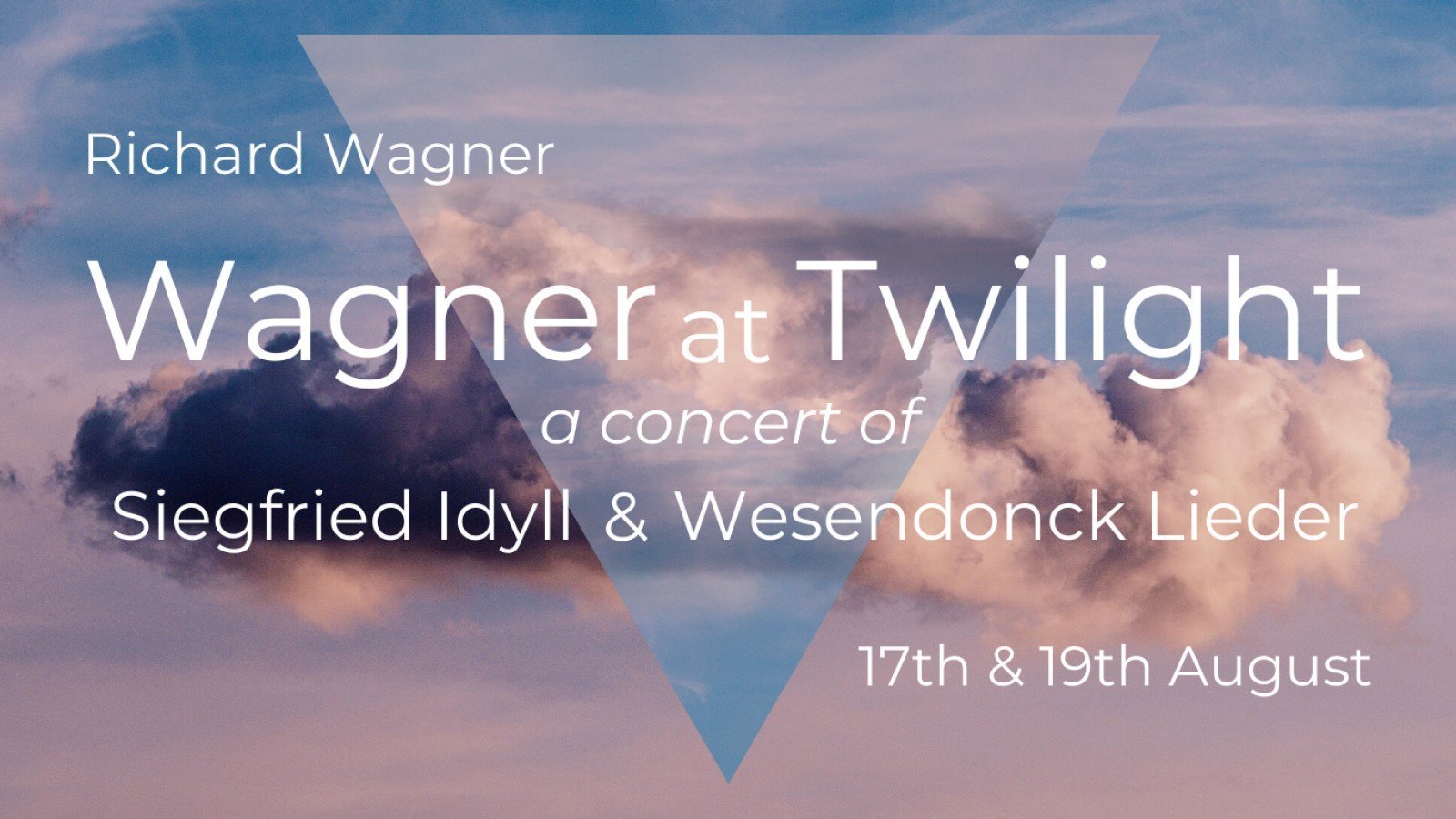 About Wagner at Twilight

Wagner at Twilight, conducted by Bertie Baigent, is an evening concert of two of Wagner’s small-scale masterpieces, performed in the stunning natural beauty of Waterperry Gardens. This intimate concert juxtaposes music expressing the purity of nature and the turbulence of human emotion: themes which are at once contrasting and yet both intensely Wagnerian.

Wesendonck Lieder sets poems by Mathilde Wesendonck, the wife of one of Wagner’s patrons and with whom Wagner may have had an affair. The passion and yearning of the texts inspired some of Wagner’s most sensuous and dramatic music, which later morphed into parts of the opera Tristan und Isolde.

Siegfried Idyll was composed by Wagner as a birthday present to his wife Cosima after the birth of their son, Siegfried. The music depicts a forest scene, and later found its way into the opera Siegfried.

This production pairs perfectly with Janáček’s The Diary of One Who Disappeared, which is performed in Waterperry House Ballroom at 7pm before this performance.

Attendees for The Diary of One Who Disappeared should note that these performances take place after the gardens have closed to the public, so access to the gardens is not possible with these tickets.