There is nothing like a full weekend of sunshine and music, and no matter where you are in the county, there's pretty much a music event near you. Here are our picks for the best music festivals in Oxfordshire in 2019.

Nocturne Live turns The Great Court at Blenheim Palace into a grand arena with world-class acts and 7,000 seats. It can be an all-day affair with VIP dining in the famous State Rooms, a stroll in the palace’s vast grounds, or a waterside picnic. It can also be an evening gig for those who just want to hear their favourite live music.

Truck Festival 2019 takes place in the idyllic Oxfordshire countryside from 26 to 28 July 2019. Often described as the Godfather of the small music festivals, the Truck Festival has been featuring some of the biggest and best emerging artists since 1998. The festival takes place at Hill Farm, Steventon, Oxfordshire, OX13 6AB.

Wilderness festival is the multi-award winning 4-day festival combining live music, contemporary arts and an array of theatre, artisanship, late-night parties, outdoor pursuits and culinary experiences. It's one festival where genres are redefined, identity is turned on its head, and arts from across the spectrum sit side by side.

The Big Feastival 2019 is a family-friendly music and food festival taking place on Alex James' Farm near Kingham in the Oxfordshire Cotswolds over three days from Friday 23 until Sunday 25 August 2019 (the August bank holiday weekend). The Big Feastival is for everyone, big and small. There’ll be plenty of hands-on activities for both big and little ones. 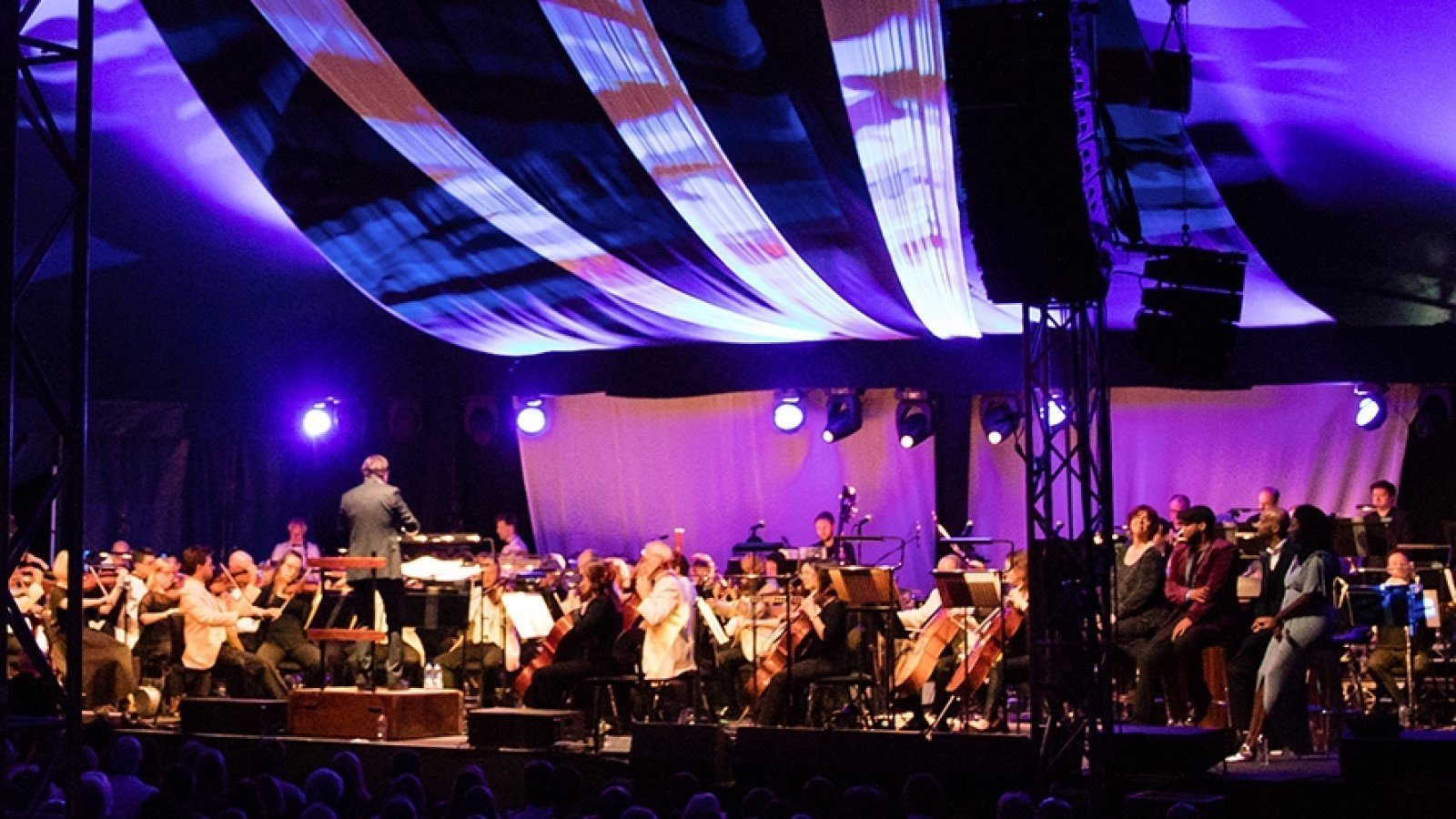 01 to 06 May
Montpellier Gardens, Cheltenham

Cheltenham Jazz Festival is one of the country’s best-loved jazz festivals with a mix of international jazz icons, up-and-coming new artists and unique festival performances. The festival at Montpellier Gardens in the heart of Cheltenham will feature a feast of free outdoor music, a selection of food and drink stalls, and fun family activities.

A series of evening concerts featuring world-class acts performing against the backdrop of the magnificent Tudor palace. Music stars like as Elton John, Andrea Bocelli and Van Morrison have performed in the royal palace's beautiful courtyard. Arrive early to enjoy a picnic and a glass of champagne in The Palace Gardens before the show.

This is perhaps the UK's premier hard rock and heavy metal showcasing a lineup of the scene's biggest names. With 3 days packed full to the brim with the best entertainment, stalls, food & drink and more, Download festival has been a must-see event during the summer festival season for fans of rock and heavy metal music.

This 5-day festival of contemporary performing arts is undoubtedly a standout when it comes to music festivals in the UK, and perhaps worldwide. It hosts the biggest names in music on its famous Pyramid Stage. But with the festival site divided into distinct socio-geographic regions, there are a plethora of wonders to be seen and heard.

Established in 1945, Cheltenham Music Festival is one of the most prestigious music festivals in the world. It makes the most of its Cotswold setting with a programme of show-stopping concerts in Cheltenham Town Hall, intimate musical adventures in the Pittville Pump Room, and a feast for the senses in cathedrals, abbeys and churches across the region.

Held over two weekends once a year in London's Hyde Park is a series of shows featuring the world-class musical icons from a range of musical genres. It attracts hundreds of thousands of visitors each year, making it London's premier music festival. The 2019's series will see headline shows from Florence + the Machine, Robbie Williams, Celine Dion, Barbra Streisand and more.

With 11 nights of open-air gigs, Somerset House Summer Series brings a vibrant festival atmosphere to the very heart of London. It features a programme of pioneering musicians across a range of genres and gives music fans the rare opportunity to see critically acclaimed artists plus some of the best up and coming performers in a spectacular yet intimate setting.

Taking over the idyllic English countryside, Latitude is, as its tagline proclaims, much more than just a music festival. Alongside a full programme of music, there are DJs hidden in the woods, opera on the lake, film debuts in its onsite cinema, clowns under canvas, actors treading the boards, local ales, dance troupes and a huge children’s area, there's something to keep whatever age entertained.

Festival lineup: See A to Z of performers here

What’s on in Oxford and across Oxfordshire this August

What’s on in Oxford and across Oxfordshire this July

What’s on in Oxford and across Oxfordshire this June