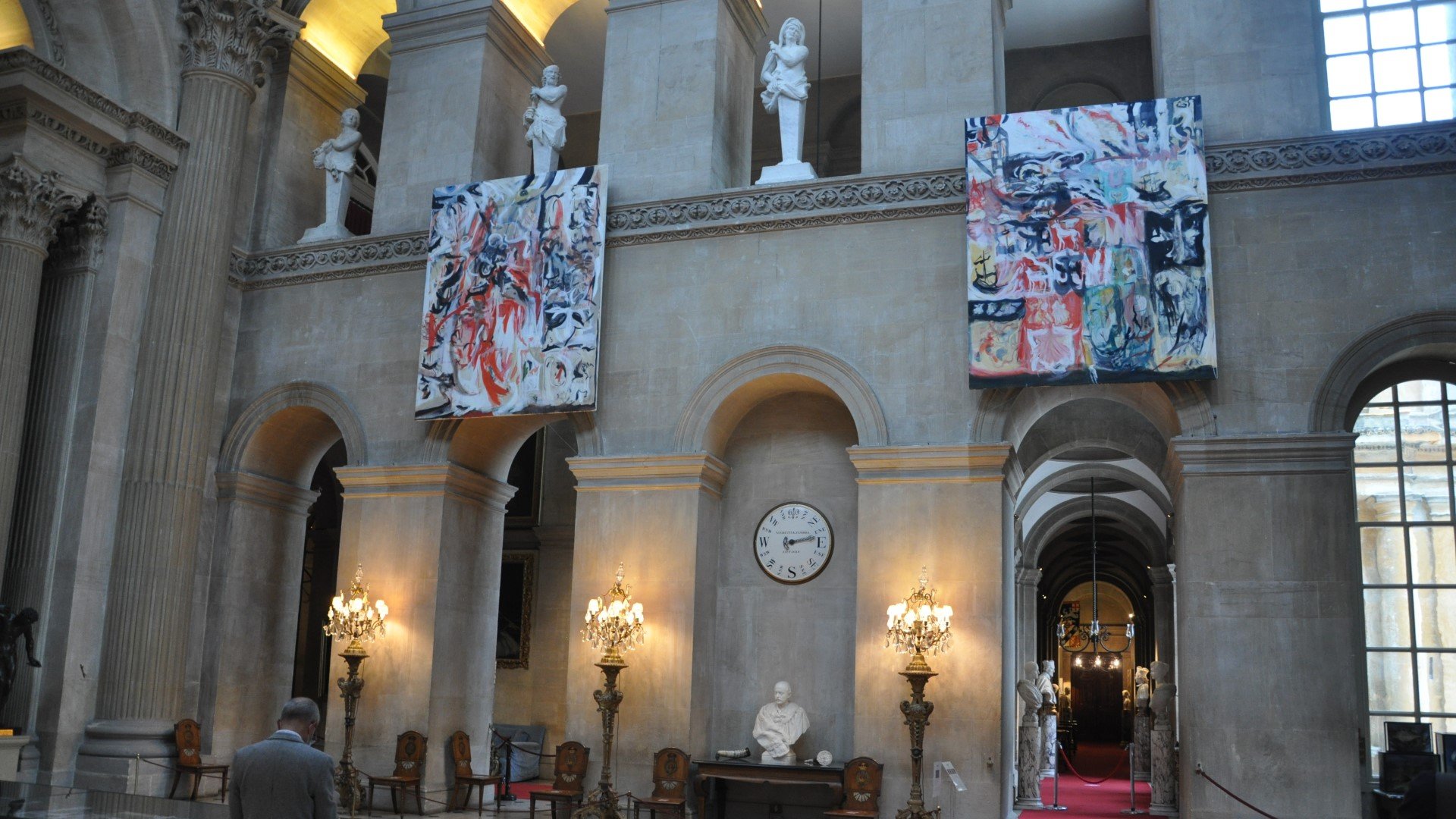 Blenheim Palace - home of the 12th Duke and Duchess of Marlborough - has a long tradition of successive generations collecting and displaying contemporary pieces of art. And Lord Edward Spencer-Churchill has once again filled the Palace with modern and contemporary paintings - this time by acclaimed British Artist Cecily Brown made up entirely of new works inspired by the Palace’s collection.

For Brown, one of the foremost painters of her generation who is best known for her semi-abstract, sensuous depictions of the body, the exhibition marks a new area of investigation. It showcases over thirty never-seen-before site-specific works that offer charged reinterpretations of the Spencer-Churchill family's collection of artworks, textiles and artefacts.

Drawing on traditional painting genres - Cecily Brown at Blenheim Palace - offers both a sentimental celebration and a poignant critique of the romantic fantasies surrounding the stately home - British heritage and aristocracy - in her distinctive style that flickers at the hallucinatory edge between figural representation and gestural abstraction.

Inspired by the magnificent woven Malborough tapestries that line the State Rooms and the heraldic imagery from the 1st Duke if Malborough's armorial banner, the exhibition notably features Brown's distinctive strokes depicting reinterpretations of the 1st Duke if Malborough's Armorial Banner, several battle paintings that evoke Bleinheim's military history, animals tussling in the British woodlands, a series dedicated to the hunt, as well as her first-ever textile work, a woven rug.

As you step through the columned portico of the Palace into the Great Hall, the entire setting reverberates with military feats. This is where you'll find the 1st Duke if Malborough's Armorial Banner hung up high - a gorgeous piece of textile that Brown responded to during her first visit, prompting the creation of four large canvases - Armorial Memorial - in pale yellow, black and red, based on the array of heraldic devices on display and matching them in format.

In Brown's reinterpretation, she intuitively deconstructs the linear system presented within the banner by painting freehand, using no underdrawing, to create something that is both organic and vibrant. 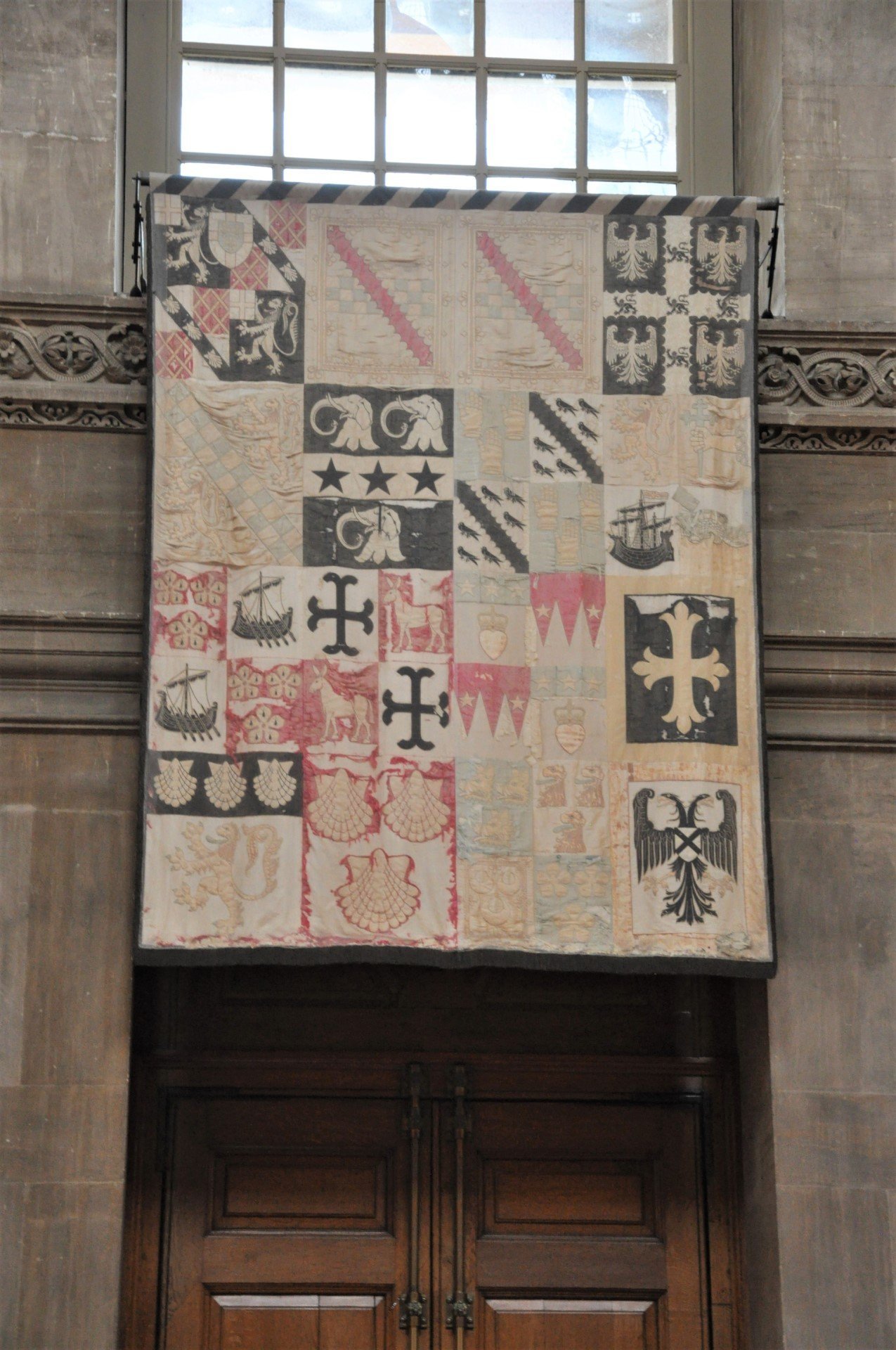 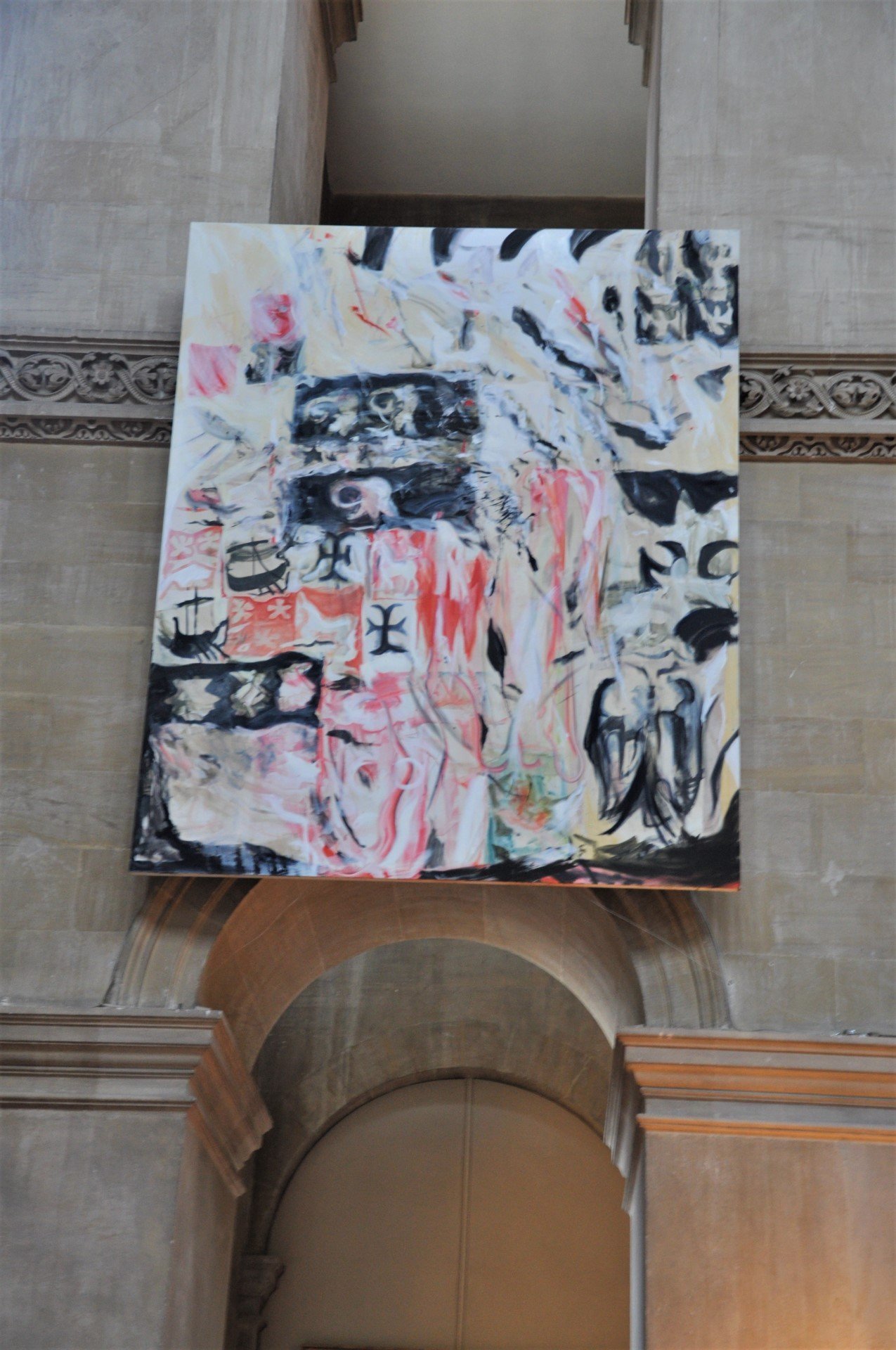 You may recall that after his leadership in the victory against the French in the Battle of Blenheim on 13 August 1704, the 1st Duke was honoured by Queen Anne granting him the royal manor of Woodstock, and building him a house at her expense to be called Blenheim. Construction started in 1705 and the house was completed in 1722, the year of the 1st Duke's death. Blenheim Palace has since remained in the Spencer-Churchill family.

Also in the Great Hall, visitors can explore a vitrine containing the source material for the new works, which - alongside several sketches, drawings and watercolours - offer a rare insight into the artist's intimate creative process and an exploration of her relationship to England. 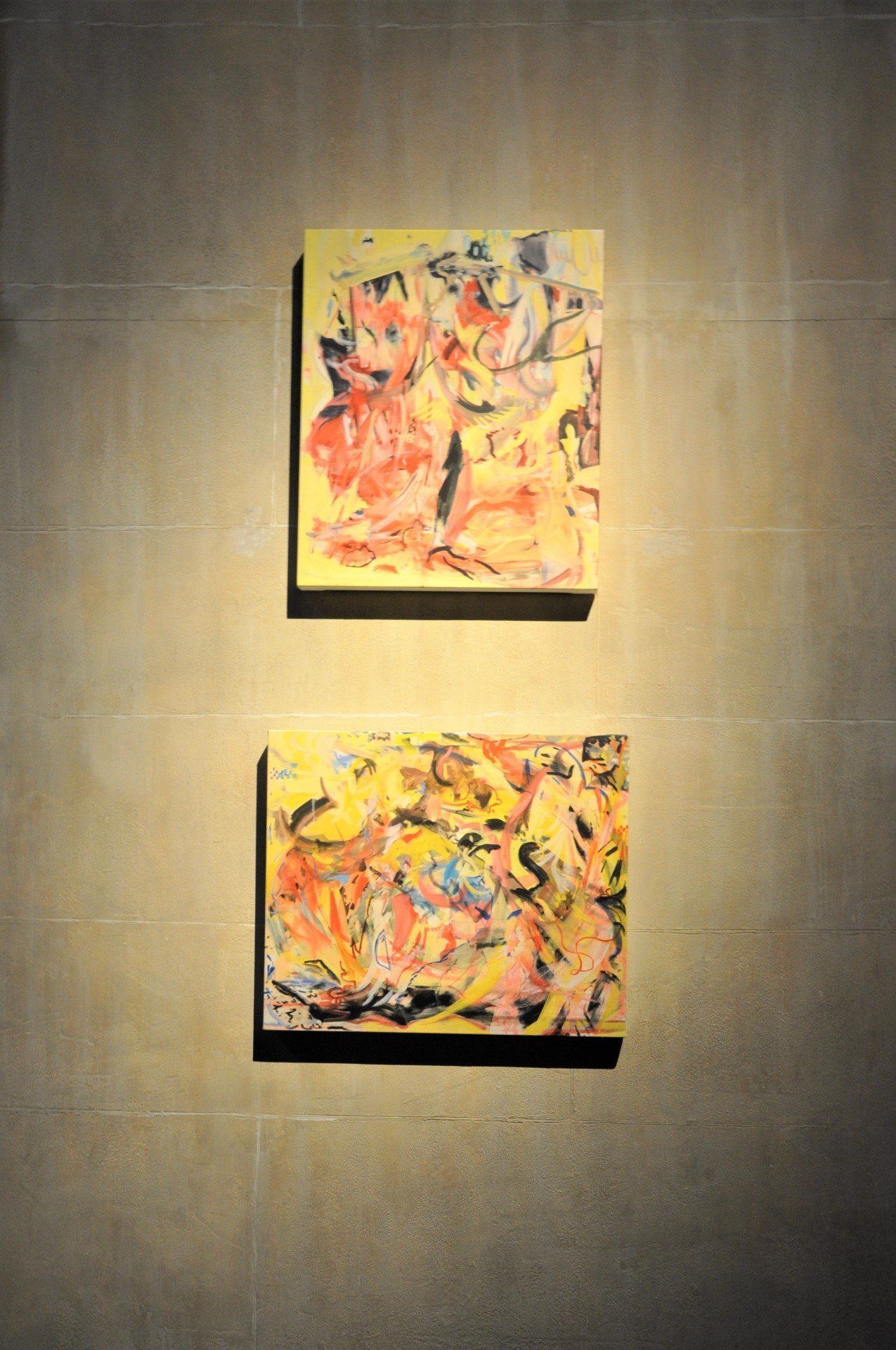 As you move through the corridors surrounding the Great Hall, you encounter Brown's Armorial Memento - psychedelic takes on the heraldic imagery rendered in bright "Beano and Dandy" colours - referencing the popular British children's comic magazines.

The almost completely abstract Cornets and Coronets in the adjacent China Ante Room evoke in its title the pomp and pageantry of British nobility. The frame features a design of laurel leaves, symbolic since the roman times of martial victory and glory, thus recalling the Palace's military past.

Surrounded by lush woodland, Woodstock has long served as a country retreat for British monarchs. King Henry I (1100-1135) built his hunting lodge, Woodstock Manor, on the site where Blenheim Palace now stands. A vegetarian and animal lover, Brown's hunt paintings depict the innate violence and turmoil of these scenes alongside the beauty and dynamism of the animals involved. Animal imagery has been a recurrent subject for Brown since the mid-1990s when she presented a series of orgiastic scenes featuring bunny rabbits for her first gallery exhibition in New York City.

Hunt with Nature Morte and Blenheim Spaniel, displayed on the west side of the Great Hall, features many of the images that recur throughout Brown's new body of work: a flurry of creatures in flight or fight, the mossy undergrowth of the British woodlands, dappled light falling through leaves and a distinctive red-and-white spaniel leaping into sight.

A similar energy can be found in the other hunt painting like The Calls of the Horn in The Green Drawing Room, and Hunt After Frans Snyders in the Red Drawing Room. The latter is an unusually figurative work inspired by baroque Flemish painter Frans Snyders' Boar Hunt (circa 1625-30) depicting a group of dogs closing in on a wild boar. 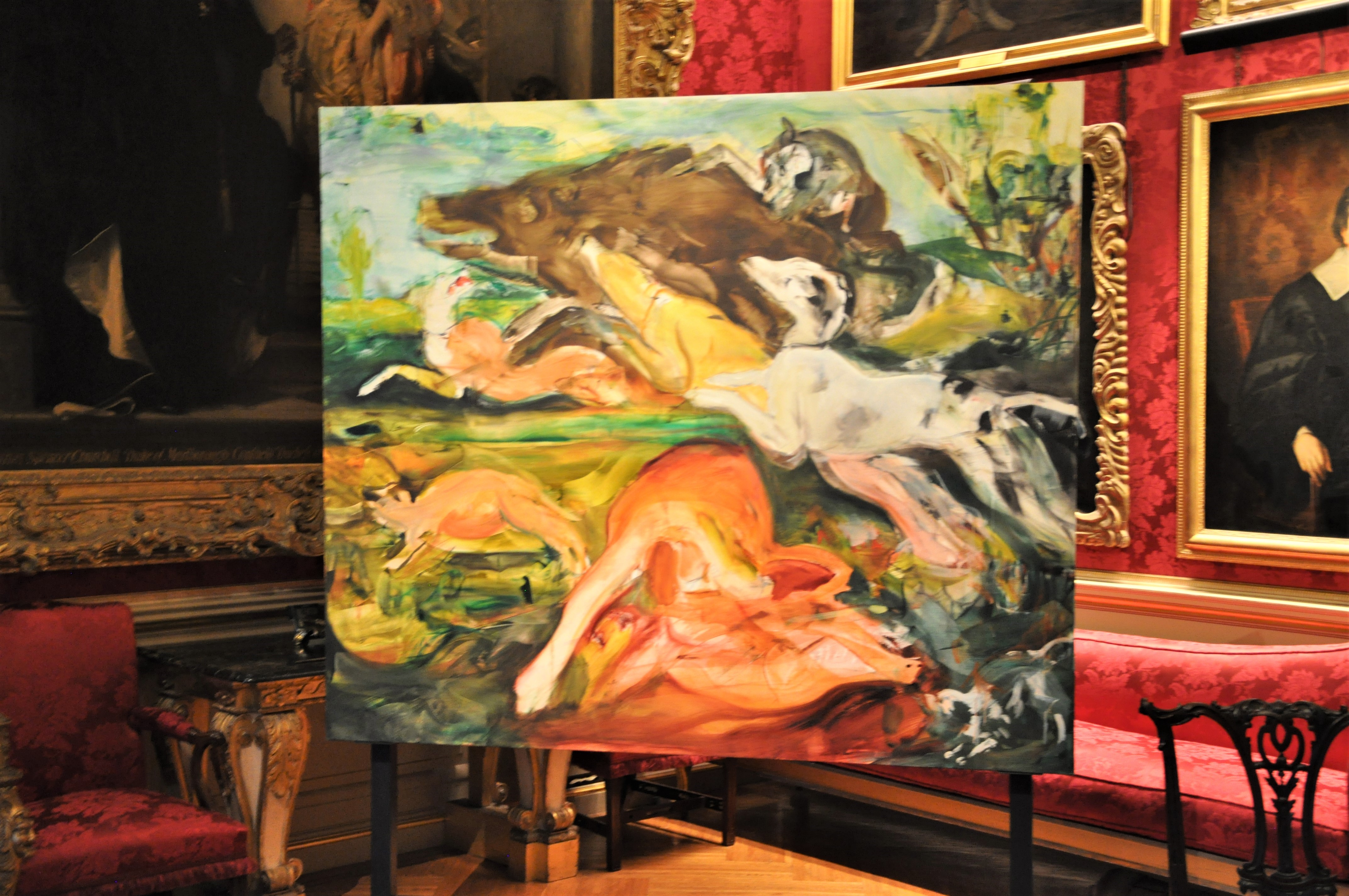 Also in the Red Drawing Room, Brown offers up a playful distortion of one of the most famous group portraits in the collection Reynolds' The 4th Duke of Malborough and his Family from 1777-78. With paint that was applied far more loosely, and with rapid strokes, compared to the Reynolds, Brown's The Children of the Fourth Duke obstructs and obscures the 4th Duke of Marlborough, his wife and their male heir, leaving behind a touching scene that comprises of four girls playing with two Blenheim spaniels.

One of the first things you notice when you visit Blenheim Palace is the martial imagery built into the architecture and decoration, as well as the story of the Second World War, told from the perspective of wartime Prime Minister Sir Winston Churchill.

Like many of Brown's titles, There'll always be an England is borrowed from the music she listened to while painting - in this case, a patriotic song written in 1939 and sung by Dame Vera Lynn. It was one of the first two painting Brown started working on when she got back from her first visit to Blenheim - the other being Battles were meant to be painted.

It's about a bloody tragedy unfolding under a bright blue sky. She knew when wanted the colours and the flag in there, so there is an English flag in the middle.

Inspired by the magnificent woven Malborough Tapestries lining the State Rooms which depict the military prowess and victories of the 1st Duke of Malborough, Brown has produced her first textile work. Brown translated one of her Armorial Memento paintings into a handwoven rug, featuring a design inspired by the symbolism of the coat of arms of the Dukes of Marlborough.

The Triumph of Death

The exhibition closes with Brown's largest and most ambitious work to date, titled 'The Triumph of Death', painted in four parts that were assembled for the first time onsite at Blenheim Palace. It is a monumental meeting of the motifs from the show, and it converses with Britain past and present, imagined and remembered, in which the British country idyll becomes a psychedelic, swirling apocalypse.

The painting takes inspiration from a circa 1446 fresco in Palermo by an anonymous painter, depicting 'The Triumph of Death', as a skeleton rides a skeletal horse and picks off his victims. Brown's reinterpretation of the fresco shows the skeletal horse and rider erupt into view, replacing the original characters - emperors, popes, bishops, poets, knights and maidens - with soldiers and hunters in scarlet hunting coats trampled among scattered Remembrance Day poppies, and gentlemen and ladies wrapped in fox furs oblivious to the chaos charging in on them.

Completed in 2019, the work offers a poignant and prescient visualisation of a society in crisis - that is relevant today as we journey through a global pandemic. It is a shame because you end up leaving a very good exhibition of contemporary painting.

With her new paintings, it can be said that Brown, a New Yorker for the past 25 years, has created work that is driven by personal memories and facts about England, but perhaps, with a significant fictionalisation conducted at some distance from her native land.

Cecily Brown said "I took this show as an opportunity to respond to Bleinheim Palace and to react to England past and present. Despite being 'in Exile' in America for 26 years, I love England; a tiny island that is still culturally huge.

"This is a moment of turmoil, for Britain as for the rest of the world. It was compelling to play within the walls of a place like Blenheim which, gives the perspective of passing time: you go through bad patches, but hopefully, come out the other side".

When asked about painting as a medium, and how her process of conceiving and making work is an integral part of the exhibition, Brown commented saying "I always work with a lot of images around me, within my peripheral vision. I'm always playing with print-outs on the floor of my studio and looking at them in different ways - which then feeds back into the work."

The exhibition was put together by the Bleinheim Art foundation - launched in October 2014 to present contemporary at Blenheim Palace - offering visitors a unique opportunity to experience contemporary works of art in the historic setting of the palace and its celebrated grounds - and away from the white cube museums.

It is quite unlike last year's contemporary art show which featured a retrospective of the satirical works by the Italian artist Maurizio Cattelan, including the now notorious 'golden lavatory'.

Originally scheduled to open in April 2020, the opening date of the Cecily Brown at Bleinheim Palace was postponed to September due to circumstances surrounding COVID-19. 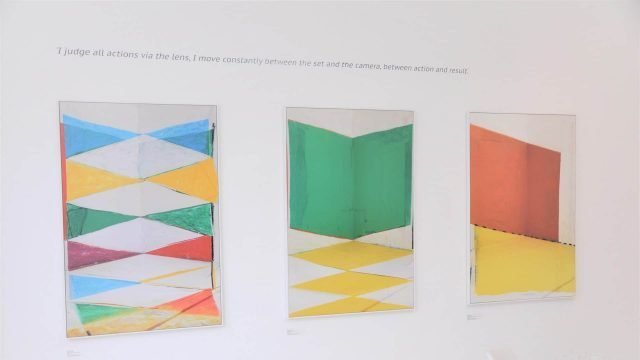 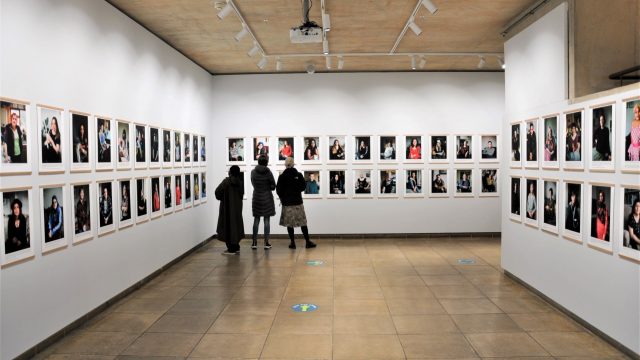 Oxford is full of incredible women, and each has their own intriguing story 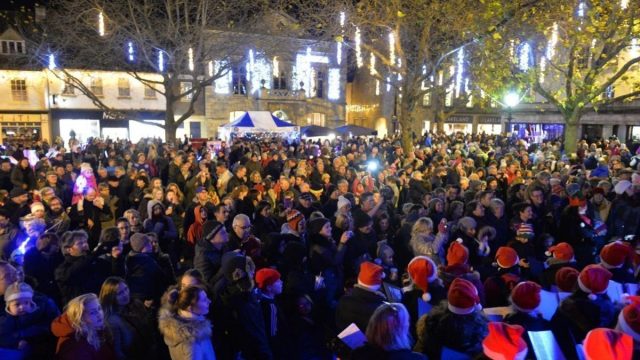 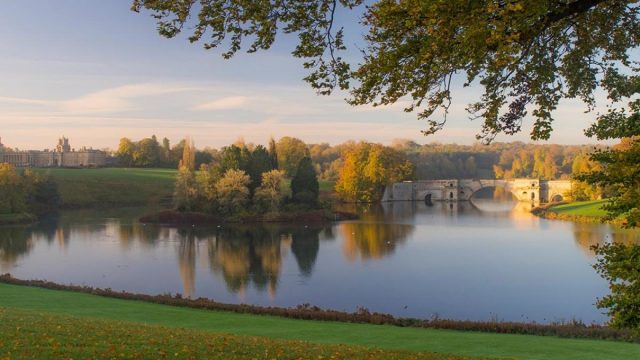 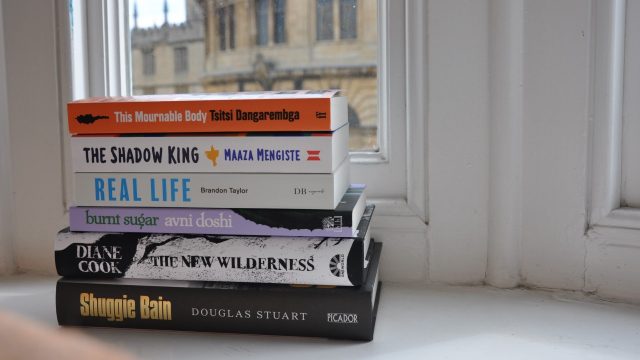 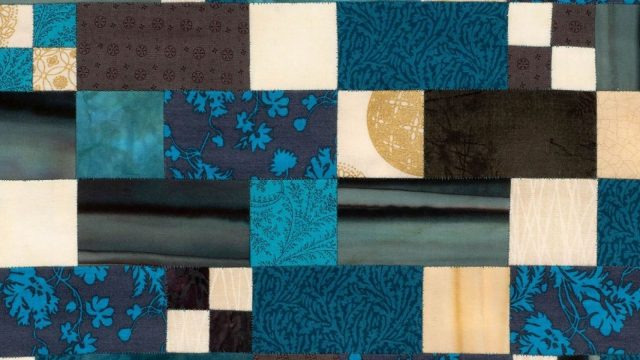 North Wall reopening: An exhibition of painting and textiles