A concert orchestra that formed during the height of the COVID-19 lockdown by performing remotely over social media are set to take the stage with their spectacular touring show Swing Into Christmas at the beautiful Olivier Hall at St Edward’s School in Oxford on Wednesday, 14 December 2022.

Performing quintessential Christmas songs and classic tunes from the swing and big band eras, it’s sure to be a festive treat not to be missed!

The Down for the Count Concert Orchestra wowed the British public with their entertaining and charismatic music videos during lockdown, even receiving praise from Michael Bublé, who described their performance as “awesome!”.

The musicians’ individual performances were cleverly edited together into quirky and hilarious interactions, brightening the public’s lockdown days. Viewed nearly 1 million times across all social media platforms, the videos resulted in a full-length album, Lockdown for the Count, raising funds for the charities Mind and Refuge.

Now, almost two years later, the orchestra is reforming in person to bring a spectacular Christmas show to Oxford.

Pre-pandemic, Down for the Count’s swing band was known as one of the busiest bands on the UK swing and vintage music scene, usually found performing as a 12-piece “mini big band” at prestigious jazz venues such as Ronnie Scotts in London.

During the first lockdown, the band’s artistic director Mike Paul-Smith saw a unique opportunity to create a super-sized incarnation of the band. The Down for the Count Concert Orchestra was thus formed, forging new collaborations with a number of professional musicians, including TV star Richard Shelton.

Wanting to do something positive for both the Down for the Count musicians and their fans, early on in the pandemic, Paul-Smith decided to forge collaborations with a larger number of musicians, creating a 28-piece orchestra and spreading joy through their popular series of light-hearted lockdown videos.

“We didn’t know what to expect when we released our first lockdown video,” explained Mike Paul-Smith.

“We wanted to keep spirits high and continue performing during the early days of the pandemic, so we all got dressed up and filmed ourselves playing Nat King Cole’s Let’s Face The Music and Dance in our living rooms, kitchens, bedrooms and bathtubs.

“Then one of our string players, Sophie Poteratchi, did a masterful job of collating everyone’s individual video clips into a joyful 3-minute film which got viewed around the world – including by a certain Michael Bublé!”

Buoyed by the success of the first video, the group released a series of other videos – forging yet more collaborations with Birmingham’s Town Hall Gospel Choir and LA-based singer Richard Shelton.

Down for the Count’s vocalist, Hannah Castleman, added, “making these lockdown videos was something to keep us feeling creative at a time where performing in person wasn’t possible. It was a real pleasure to stay engaged with our fans in this way and to also be doing something as a team.”

Even though the videos helped the orchestra find audiences globally, closer to home, the financial situation was still perilous until support arrived in the form of the Cultural Recovery Fund, administered for the government by Arts Council England.

“There’s no question that the Cultural Recovery Fund was a lifeline to us – it helped us continue to rehearse and perform together later in the pandemic, when things were still struggling to get back to normal,” explains Mike Paul-Smith.

“We were able to use the funding to produce live streamed concerts, which supported the individual musicians in the band, and receiving it has put us in the fortunate position where we’re able to plan a tour of exciting venues throughout the UK, many of which we are visiting for the first time.”

Down for the Count’s charming show, Swing Into Christmas offers a glamorous and sophisticated festive treat for all the family. The band’s joie de vivre and irresistible humour, coupled with the top-class musicianship and sublime vocal performances, create a warm and engaging show that is not to be missed.

The orchestra performs original arrangements of festive and jazz classics and also recreates the beautiful sounds of the great Capitol Studios recordings of the 1950s, which helped bring artists like Frank Sinatra, Nat ‘King’ Cole and Judy Garland to worldwide fame.

One of the orchestra’s violinists, Sophie Poteratchi, said, “this music really is the epitome of Christmas for us, and it is a pleasure to be touring so many beautiful and historical concert venues, sharing all of our musical holiday favourites with the new audience who discovered us over lockdown.”

This is a Christmas concert not to be missed – so grab your friends and loved ones and head along to Olivier Hall for a joyful evening of the best live swing music in December 2022.

Swing Into Christmas is at the Olivier Hall at St Edward’s School in Oxford on Wednesday, 14 December 2022. 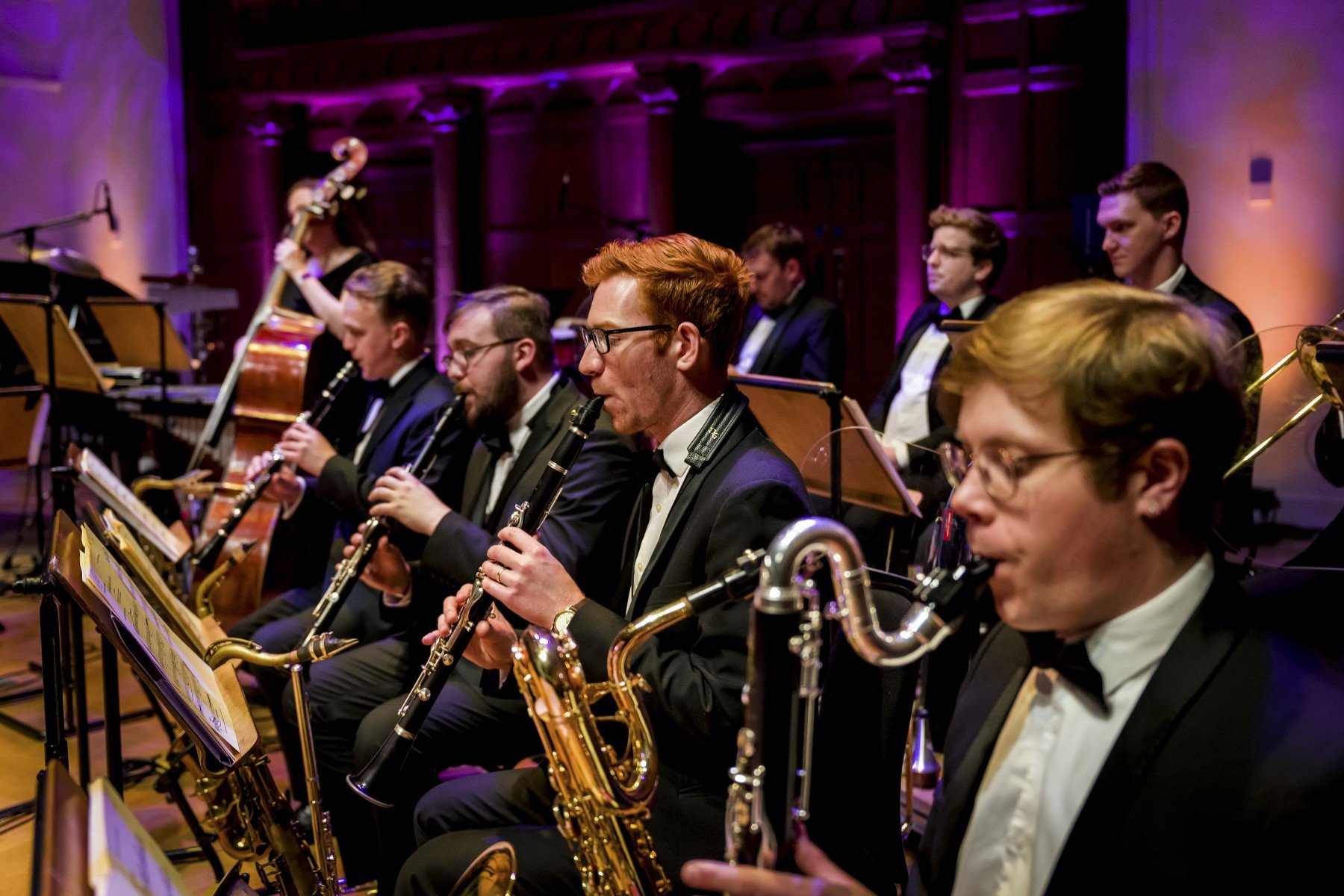 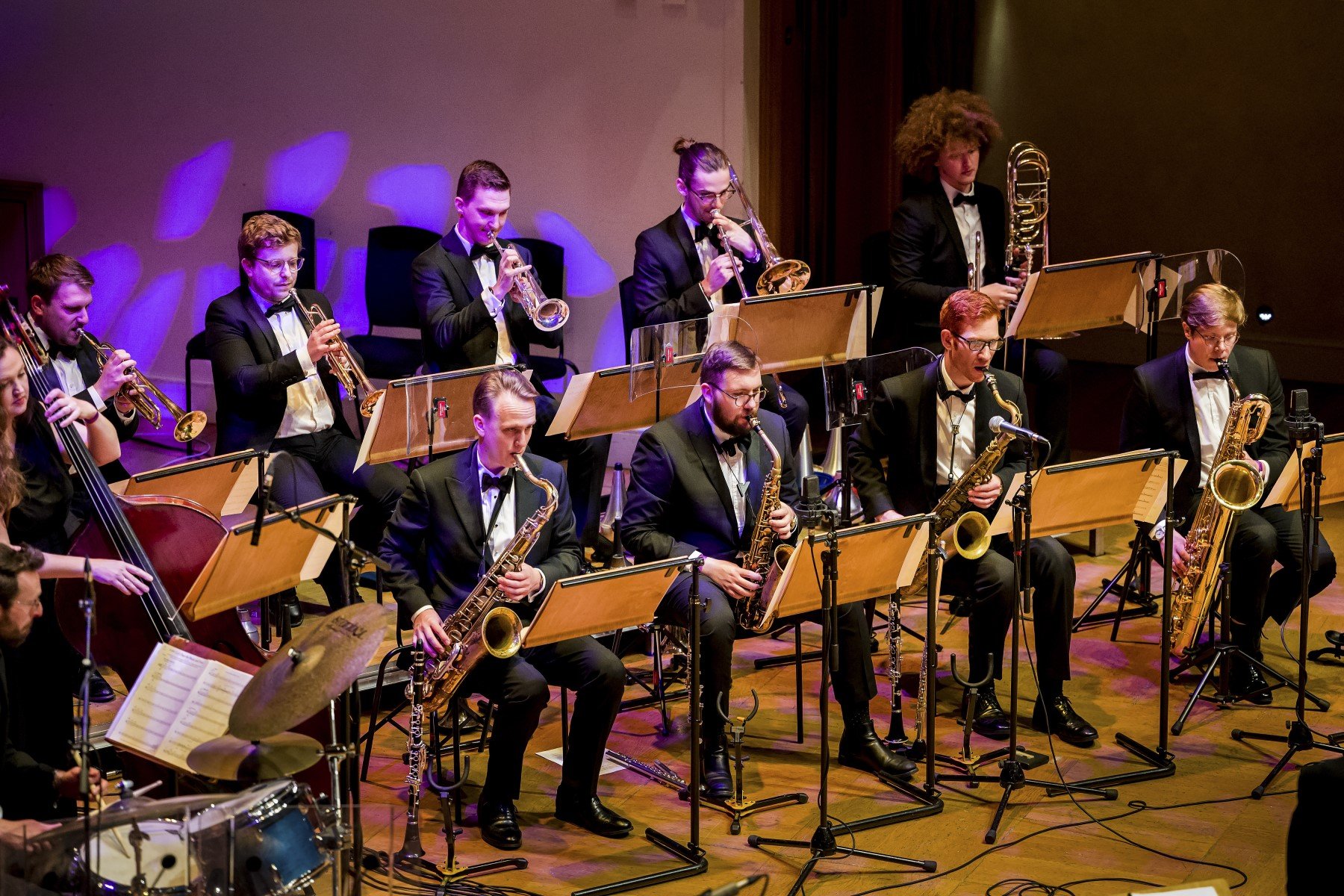 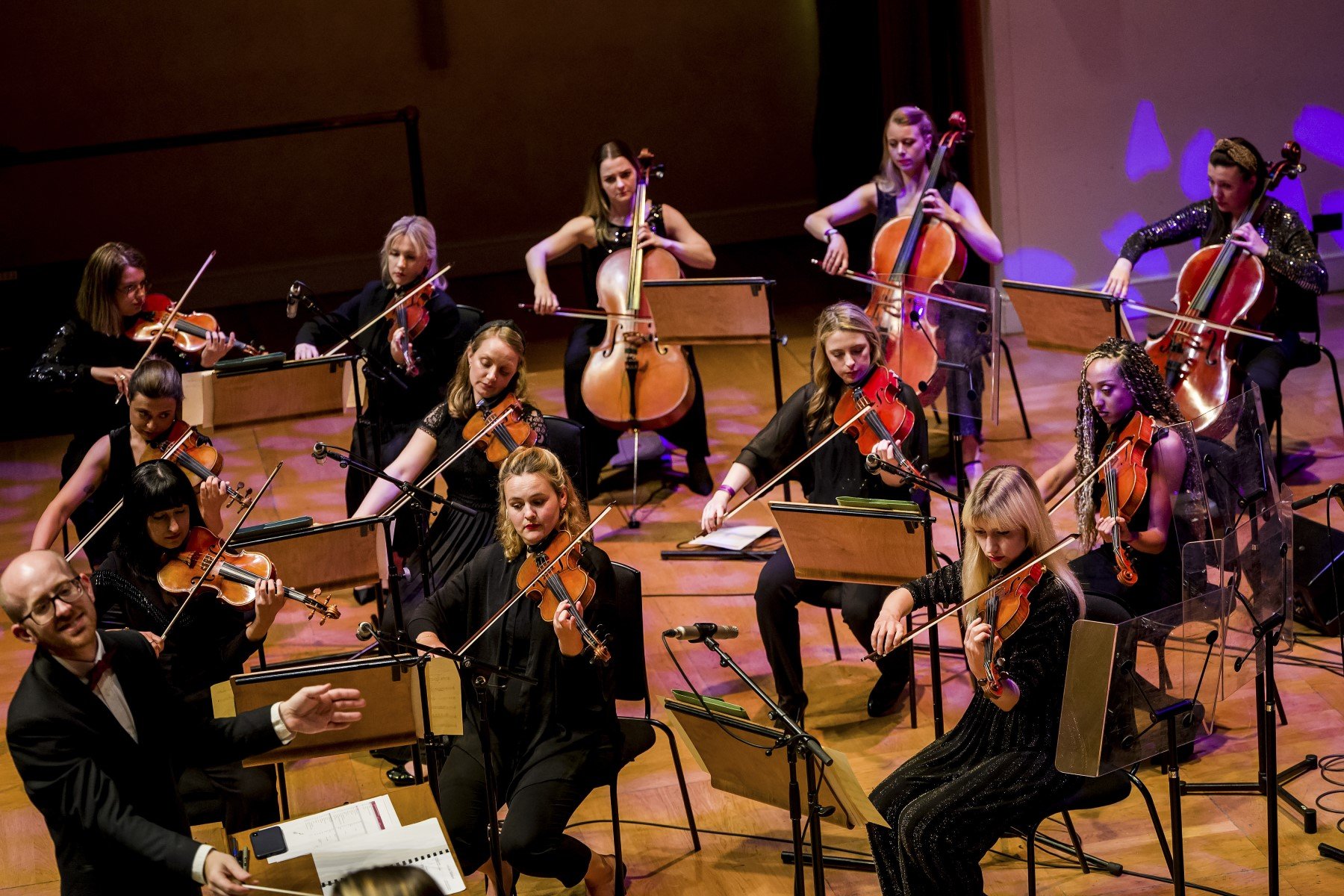 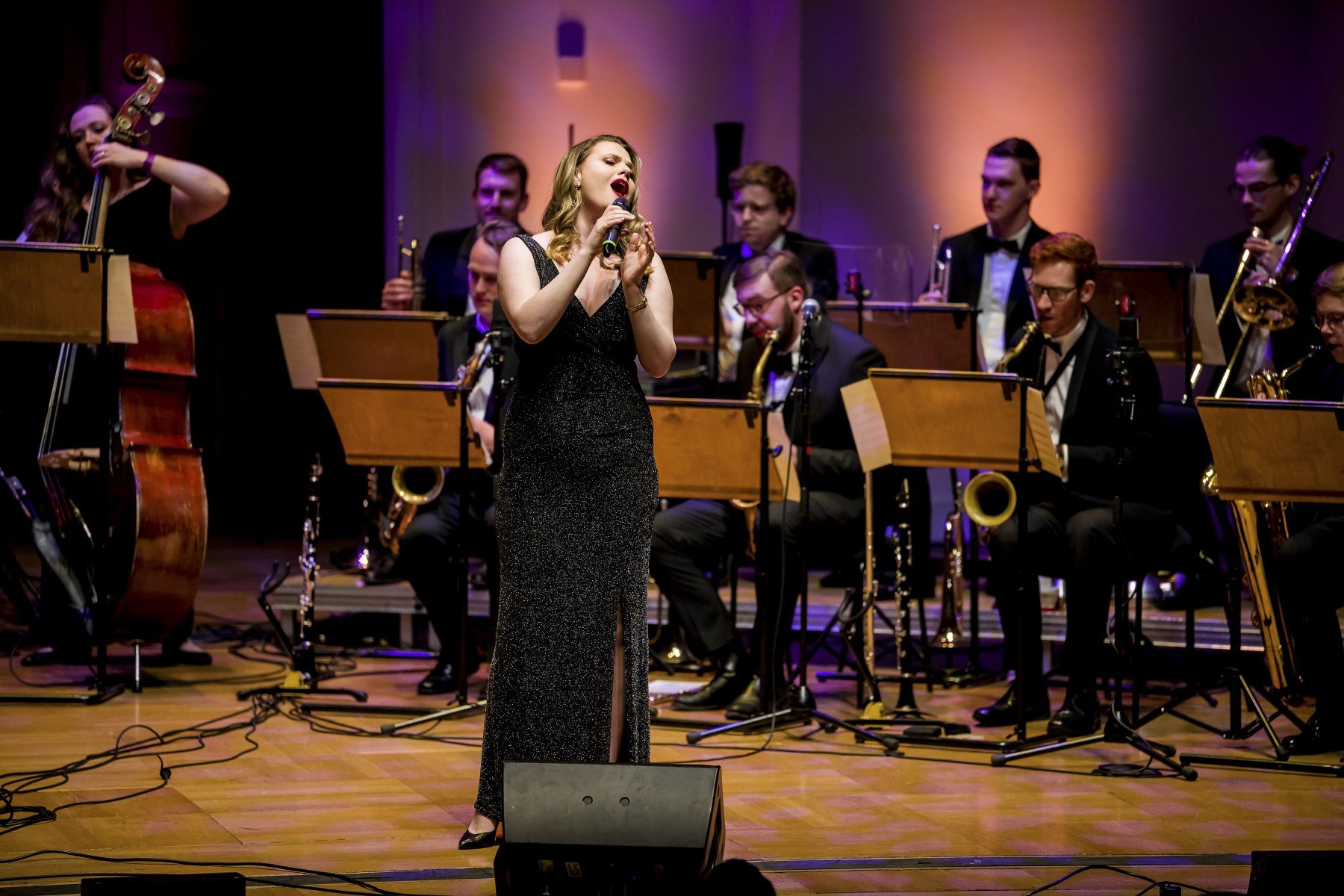 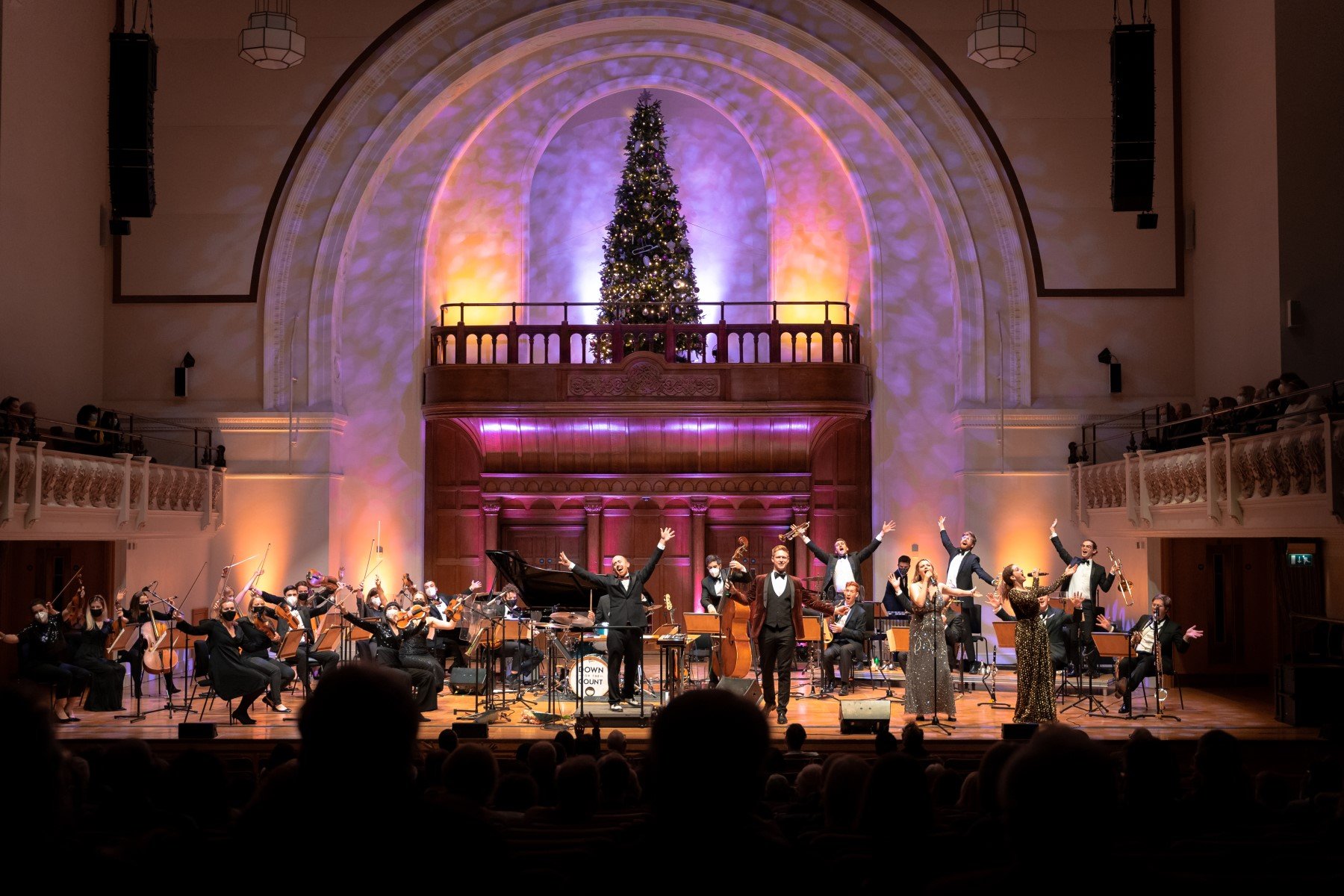 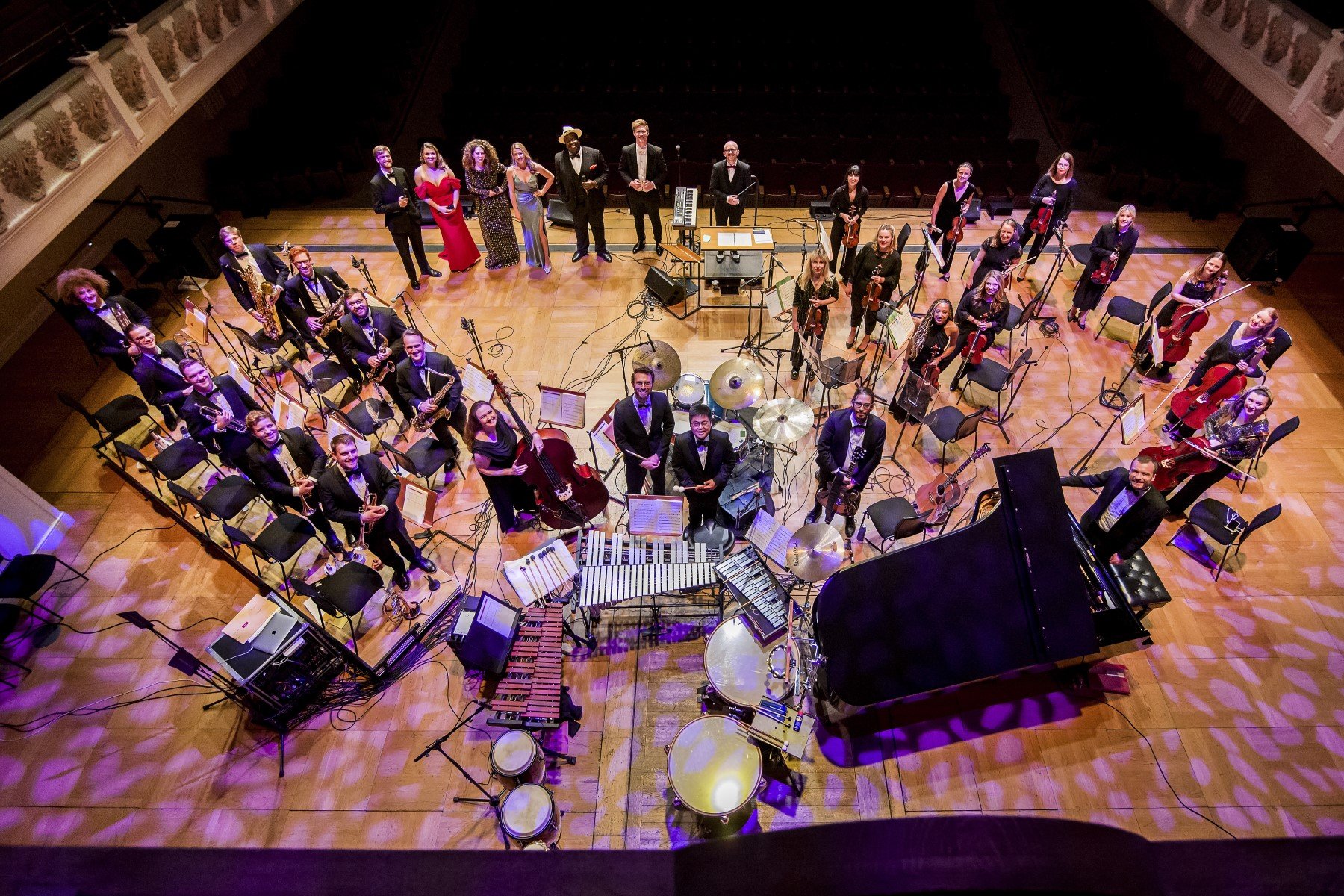