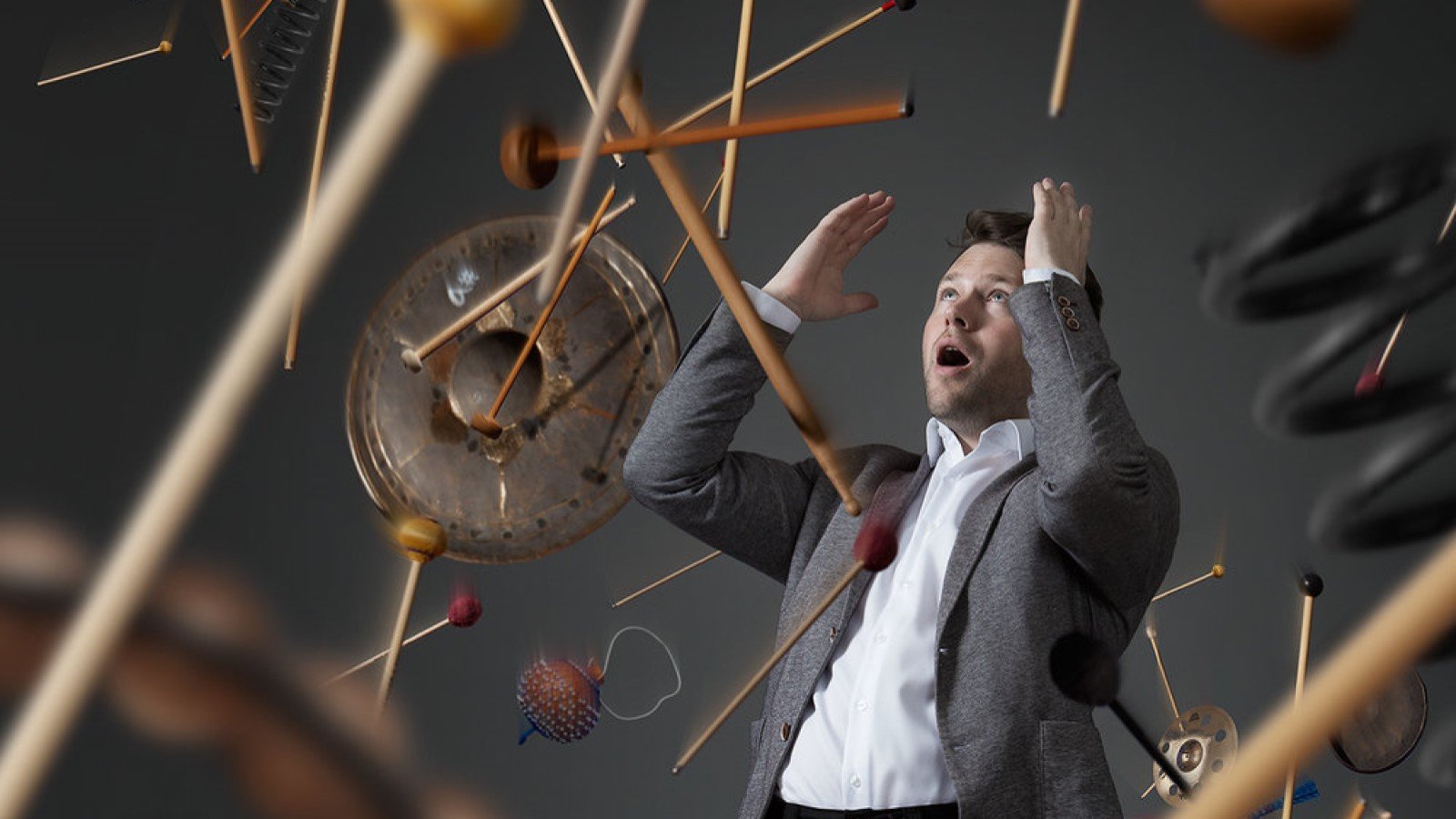 One of Britain’s most diverse percussionists, Joby Burgess, will perform an exclusive set for Oxford Festival of the Arts on Friday, as part of #OFAvirtual.

Joby Burgess is best known for his virtuosic performances, daring collaborations, extensive education work and he regularly appears throughout Europe, the USA and beyond.

Joby commits much of his time to his own projects, most notably with the audiovisual collective Powerplant – a collaboration with sound designer, Matthew Fairclough and visual artist, Kathy Hinde - where the worlds of minimalism and electronica collide.

Dedicated to the development of the percussion repertoire, often in combination with electronics, Joby spends much of his time commissioning and recording new music.

Joby can often be heard on major film and TV scores, notably leading the percussion on Black Panther, The Darkest Hour, Paddington 2, Trolls, The Last Kingdom and Taboo, he was featured on the score to Alex Garland’s Ex Machina.

His exclusive performance of Fanta® is taken from his suite for global junk ‘Import/Export’ in which urban composer Gabriel Prokofiev combines African soda bottles and live looping in Fanta® – described by The Wire as "pollution as a sound source, recycled to maximum effect".

The Joby Burgess performance for #OFAvirtual was filmed at Oxford’s The North Wall Arts Centre and promises to be unique, innovative, exciting and unlike anything, you will have seen before!

The performance premiers on 30 October at 6:00 pm, and you can watch it here.