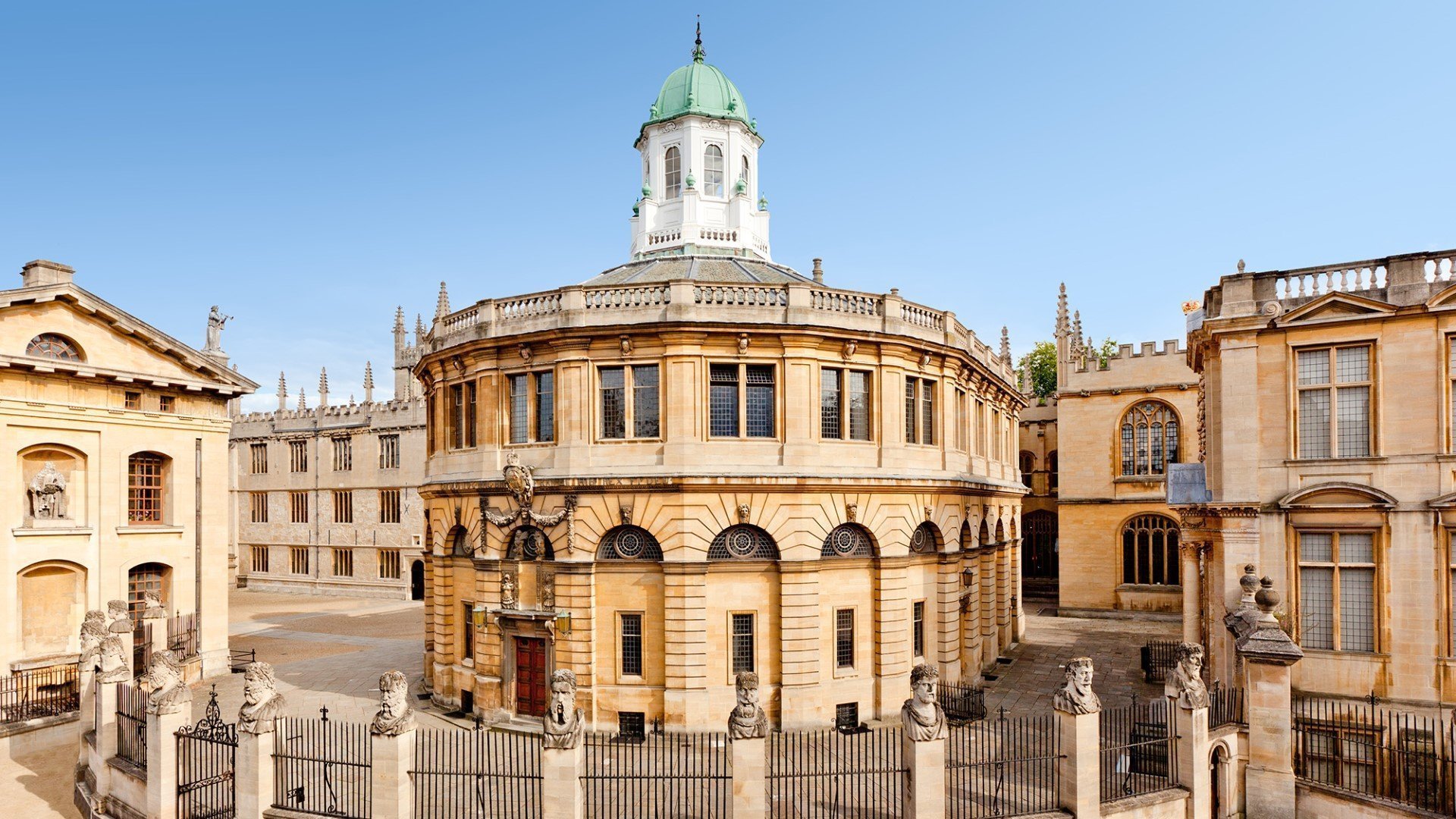 University of Oxford degrees are conferred at degree ceremonies held in the Sheldonian Theatre (shown above).

It’s hard to believe that just 150 years ago, you had to be male and protestant to study or teach at Oxford University. June 2021 marks the 150th anniversary of the passing of the Universities Tests Act, which removed the last religious restrictions for scholars attending the University of Oxford.

In 1581, under Queen Elizabeth I, Oxford ruled that no individual could formally enrol – or ‘matriculate’ – without swearing an oath to the monarch and the Church. Positions within Oxford – whether fellowships in the colleges or professorships within the university – also required similar forms of assent.

The university had sought to protect its Protestant orthodoxy by requiring all matriculating students to swear an oath of allegiance to the monarch and the Church, effectively banning any student of non-Protestant faith. The similar rules that were in place for those seeking teaching positions in the university were the strictest of any university in England.

Oxford’s restrictions being much stricter than Cambridge’s and those in Ireland and Scotland, effectively made Oxford the most exclusive university in the British Isles. Over time, however, pressure grew as a new generation increasingly recognised how distant the university was becoming from society.

The Universities Tests Act 1871 - an Act of the Parliament of the UK that abolished religious ‘Tests’ and allowed Roman Catholics, non-conformists and non-Christians to take up professorships, fellowships, studentships and other lay offices at the Universities.

The Act opened the university to the world. It is no coincidence that the decades afterwards saw the arrival of Muslims, Jews, and Hindus, and students from other world faiths to the university and the town, as brilliant scholars who would have once been excluded were now able to attend.

New colleges were founded for these new students: Mansfield for Congregationalists and Harris Manchester for Unitarians; Regent’s Park for Baptists; a succession of Roman Catholic foundations, and Somerville was founded as a non-denominational college for women and had no chapel.
Oxford’s cityscape was also changed, as new buildings were erected that reflected this diversity and old ones repurposed.

But the Act was an incomplete piece of legislation because many colleges remained only nominally open to a wider range of people, and 2020 marked the 100th anniversary of the admission of women to the university. That said, it heralded a hugely consequential change. It was vital in opening Oxford to people of all religions and none, vastly widening the breadth of diverse ethnicities, races, and nationalities in attendance.

So, it’s probably prudent to say that while not a picture-perfect reflection of modern society, thankfully, the university has come a long way since 1871 in removing the constraints - ideological, socio-economical, racial, etc. - on who can attend.

As Oxford University marks 150 years since the last religious restrictions for scholars were removed, The Oxford Magazine will follow the university as it uses the anniversary of the Act as a lens through which to explore its transformational change over the past century and a half. As it reflects on ongoing barriers to study and employment at the university and reaffirms its commitment to opening up further - especially in a post-COVID world.

“The 150th anniversary of the Tests Act represents a critical juncture at which to reflect on the long march towards greater equality, diversity, and inclusion in this venerable institution. In 1854, the requirement to subscribe to the Church of England at both matriculation and graduation was removed – except for students of Theology.

“But many colleges retained their barriers – and most jobs remained closed to non-Anglicans. It was not until 16 June 1871 that an act of parliament finally opened the University of Oxford – and Cambridge and Durham – to students and staff of all faiths and none. The Universities Tests Act was intended to ensure that ‘the benefits’ of university education ‘should be rendered freely accessible to the nation.”

—Professor Anthony Reddie, Director of the Oxford Centre for Religion and Culture.

“As someone who is committed to widening access to Oxford, I’m joining the commemoration to mark the 150th anniversary of the 1871 Act, which was one of the first major steps towards making the university more accessible.

“It appears my predecessors also believed there should be no barriers to achieving your potential, and this belief has brought us this far; whilst understanding that we still have more to do. As we mark this anniversary, I hope we will all be inspired to continue this good work; ensuring that neither religion, race, nationality nor background affect the opportunities available to any individual applying for Oxford.”

“The opening up of Oxford into a genuinely latitudinarian institution can easily be taken for granted. But it represented a closely fought victory for toleration, and an essential foundation for the work that we do today to promote inclusion: for the spirit of not ‘testing’ for someone’s beliefs or background is as important today as the legal form. This anniversary is an important reminder that combatting exclusion requires continuous commitment.”

—Miles Young, Warden of New College and Chair of the Conference of Colleges.