The Concours of Elegance 2019: a weekend of cars and luxury 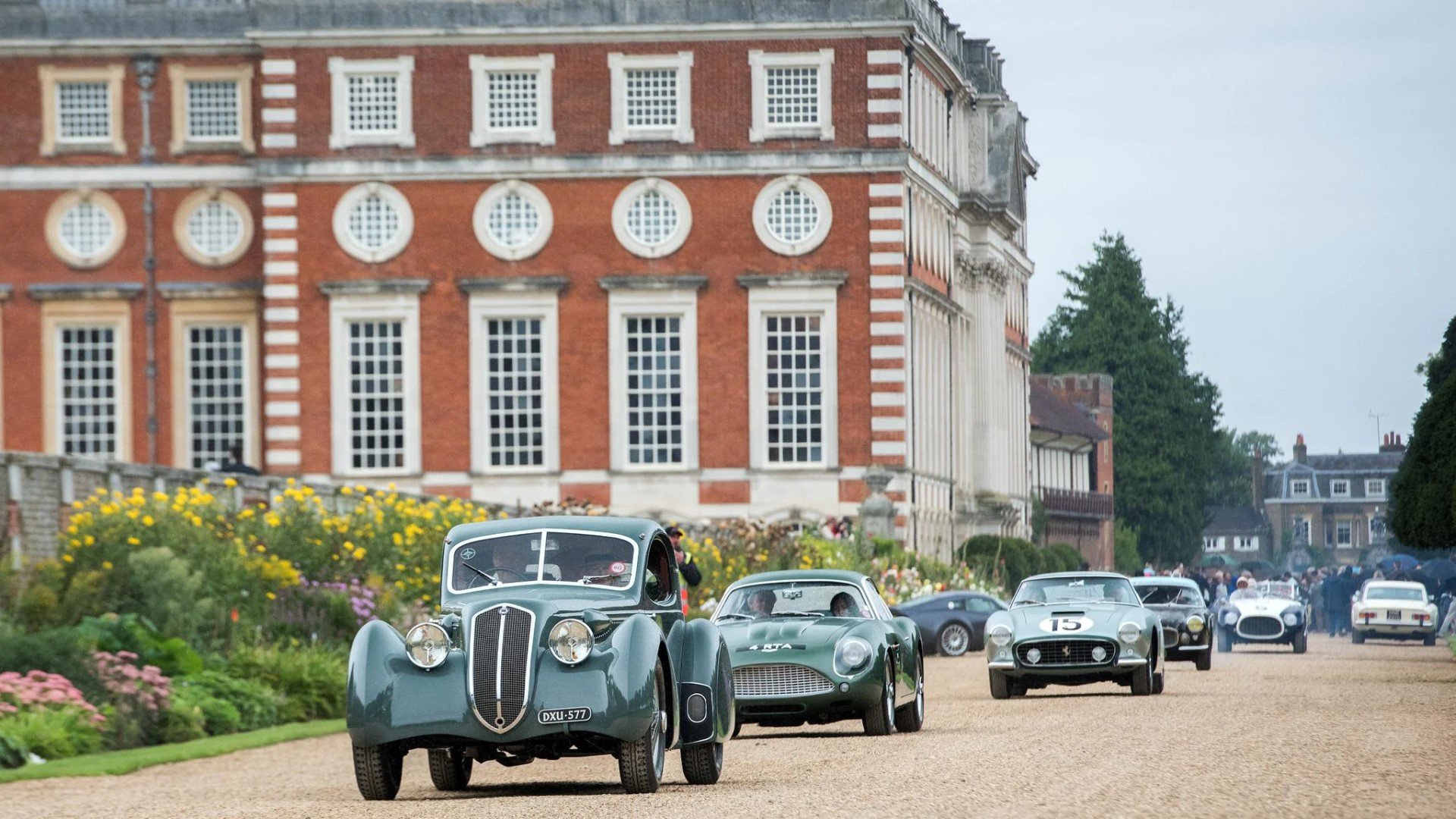 The Concours of Elegance 2019 will bring together an astonishing display of fine motor cars, including 60 of the rarest cars, from around the world.

The Concours of Elegance 2019 is taking place at Hampton Court Palace from the 6th to 8th of September, and it promises to be a line-up of the most astonishing cars ever produced set against the backdrop of one of the UK’s most beautiful historic palaces. 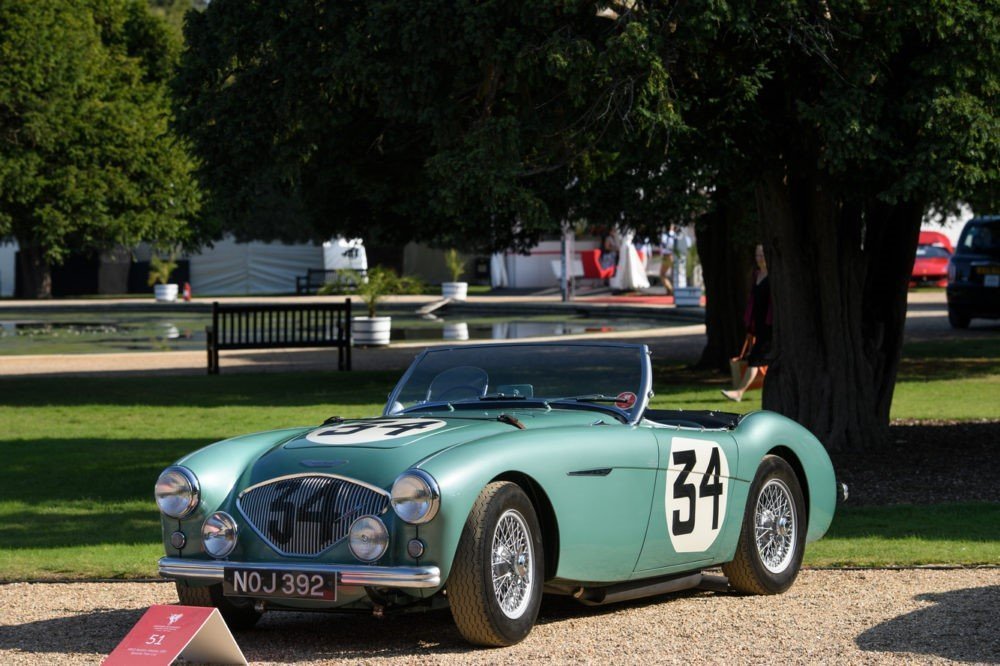 As the Concours of Elegance has evolved over the years, it has evolved into a celebration of luxury goods, fine food and drink, wonderful music and superb displays of art. But, at its heart, it always retains a stunning line-up of some of the world’s rarest cars from around the world.

While the line-up of cars is a veritable feast of the most famous brands in the world – Ferrari, Rolls-Royce, Bugatti, Lamborghini, etc., participation in the Main Concours is by invitation only. To get an invitation, the car must be extremely special. The selection committee looks out for cars that are a one-off or a rare model, with perhaps, an incredibly interesting back story. 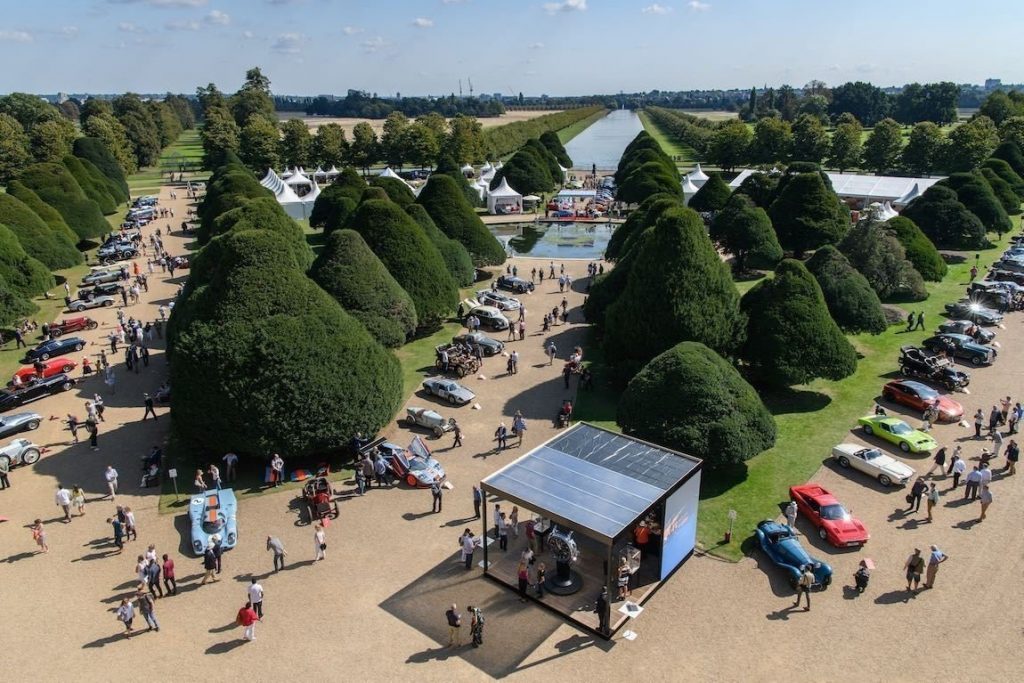 The Concours may be the main event, but one of the highlights of the event is the Grand Arrival on Friday. It is a spectacle in itself. The sixty invited cars – representing the finest cars and spanning more than 100 years of automotive excellence – drive into the gardens of Hampton Court Palace and take their places for the weekend. 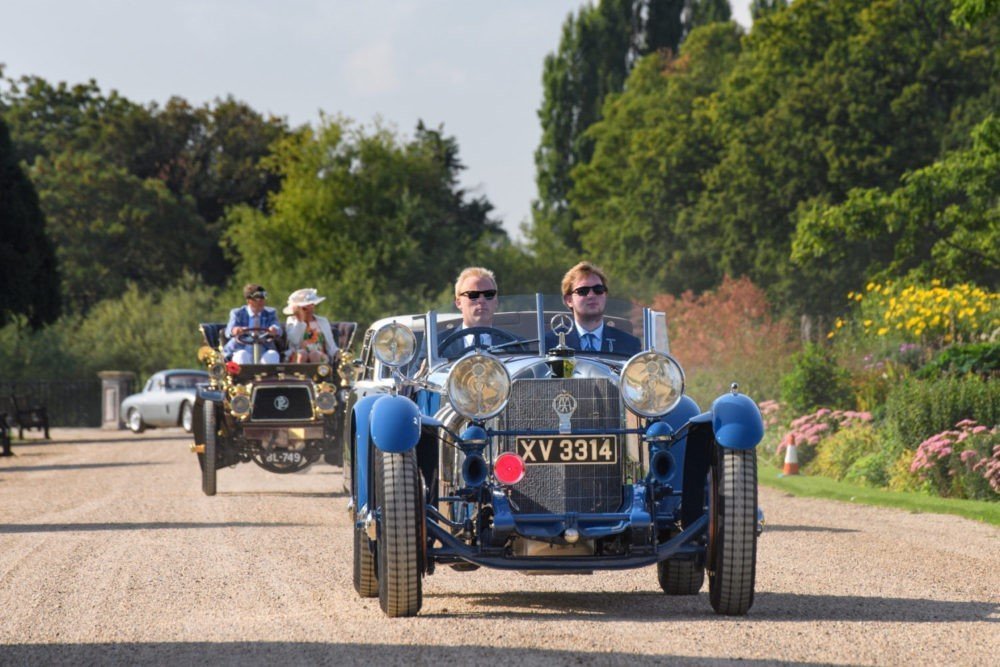 On Saturday and Sunday, invited car clubs – including those from Aston Martin, Ferrari, Jaguar, Bentley and Rolls-Royce owners’ clubs – have the opportunity to show off their finest cars within the gardens of Hampton Court Palace for a chance to win The Club Trophy as determined by an independent panel of judges. The winning Club Trophy car gets a highly-valued invitation to participate in the main event at the Concours of Elegance in 2020. 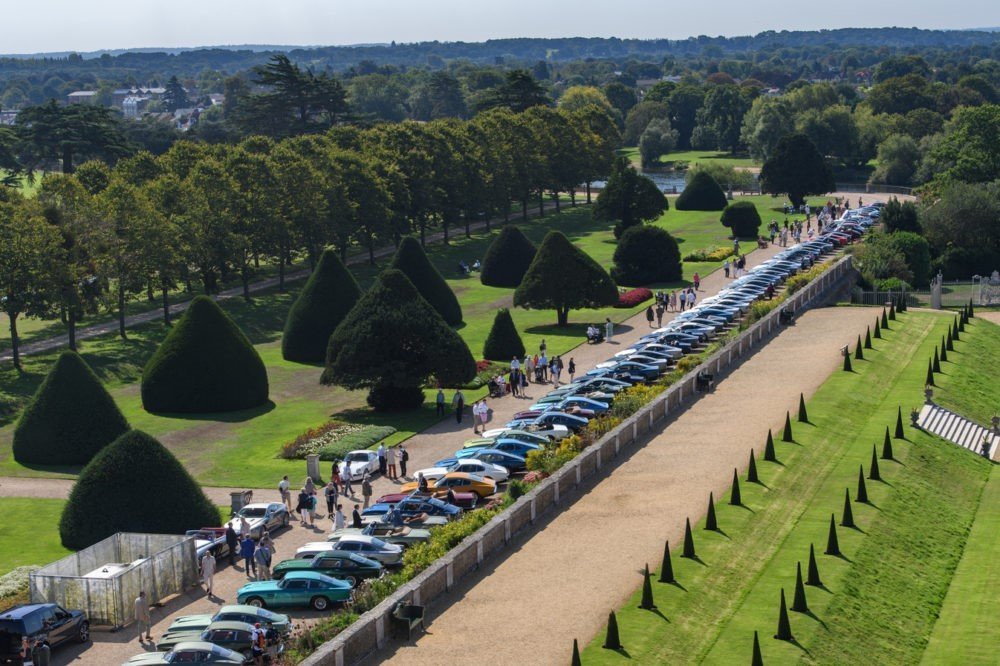 This year, in celebration of Zagato’s Centenary, the Concours of Elegance is set to feature a world-first display of one of every Aston Martin Zagato variant ever manufactured. From the 1960 DB4 GT Zagato, right through to the Vanquish Zagato Coupé, Volante, Speedster and Shooting Brake, visitors will be able to see 16 examples from one of the most famous creative partnerships in automotive history. 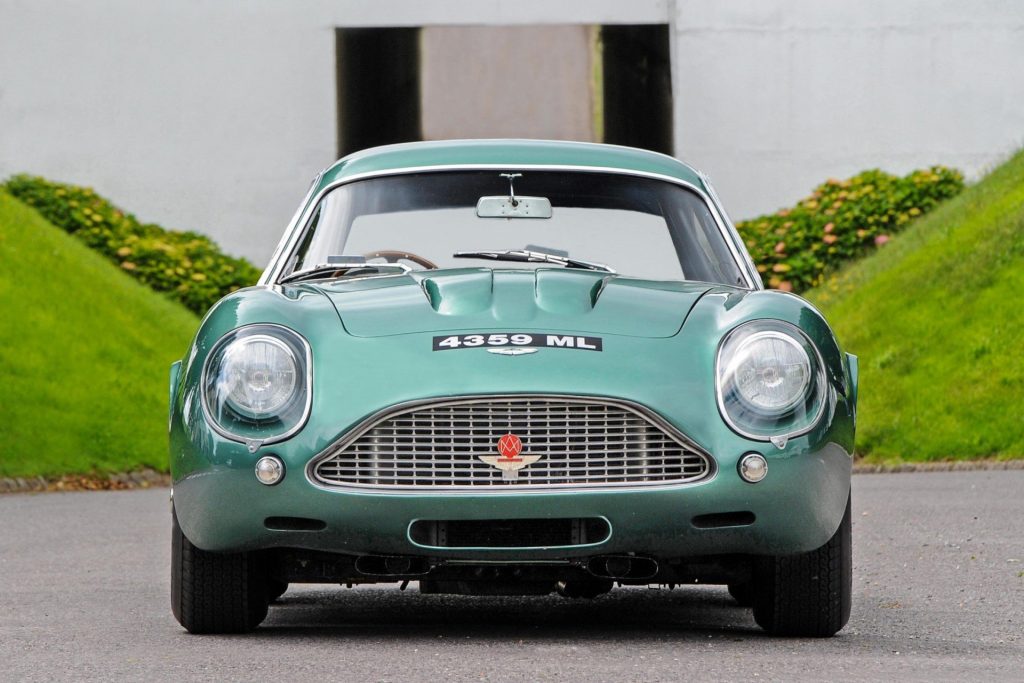 In another Centenary celebration, Concours of Elegance will be marking 100 years of Bentley with a display of the most iconic Bentleys ever built. Among them is the first car to ever win Le Mans back-to-back – Speed Six ‘Old Number One’ – and the car fabled for racing Le Train Bleu across France with Woolf Barnato at the wheel, a Speed Six Gurney Nutting Coupé. 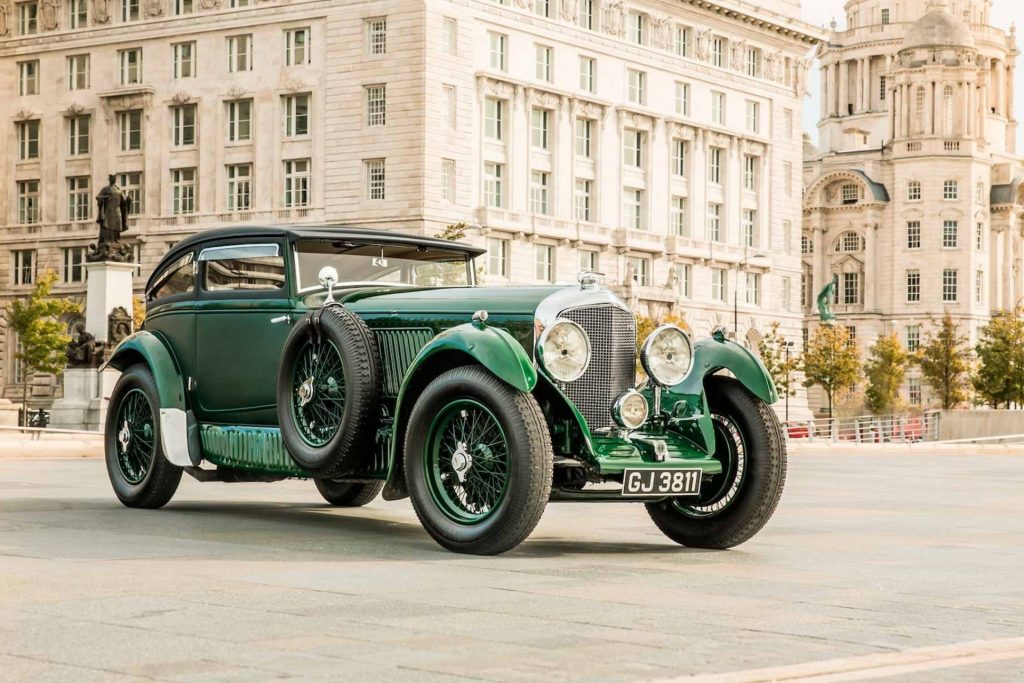 The Most Significant Ferrari Ever

The Concours of Elegance will also welcome perhaps the most significant Ferrari in the world as part of a special 70th-anniversary celebration of the 166MM Barchetta’s race victories at Le Mans, Spa and the Mille Miglia in 1949. Four of the most historically significant 166MM chassis, including the winners of all three races, will be in attendance.

The line-up continues into the more modern era with a collection of fine Italian supercars from Pagani to celebrate 20 years since the Pagani Zonda burst onto the elite supercar scene. Curated by Harry Metcalfe (Harry’s Garage ), the Concours of Elegance 2019 will bring together six of the most extraordinary Zondas valued at around £5m each. 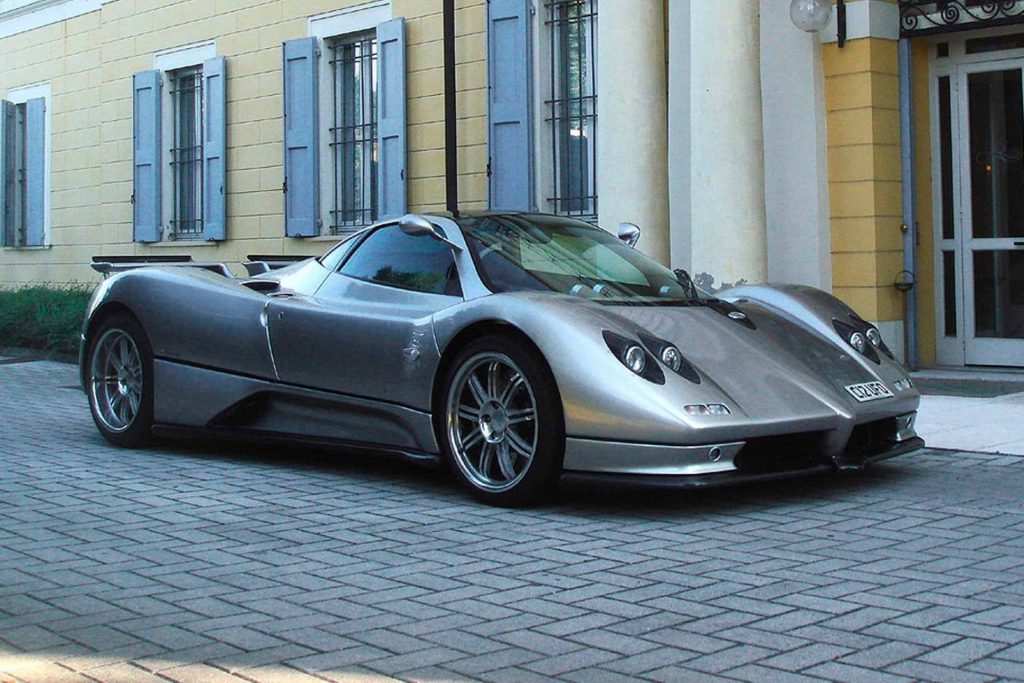 Plenty to see, eat and drink

In total expect to see nearly 1000 cars in the Palace grounds, in what can only be described as the most eclectic selection of rare luxury and performance cars on display. And all of these cars provide the perfect excuse for a whole host of luxury experiences at Concours of Elegance – from three-course luxury picnics and an on-site fine-dining restaurant to three-course silver service lunch, afternoon tea and a champagne reception.

Enjoy morning tea, coffee and pastries, the Champagne Taittinger Reception, a 3-course lunch with fine wines, coffee and petits fours, plus afternoon cream tea with a Concours of Elegance hospitality package. But if that sounds a bit much, you won’t have to wander far to find some of the best street food & drink vendors in the country. Alternatively, grab yourself a delicious British picnic-in-a-bag from Tom’s Kitchen Deli. The picnics will include a substantial chicken or vegetarian main course plus salads, a generous cheese and fruit box, and a delicious strawberry and white chocolate dessert. 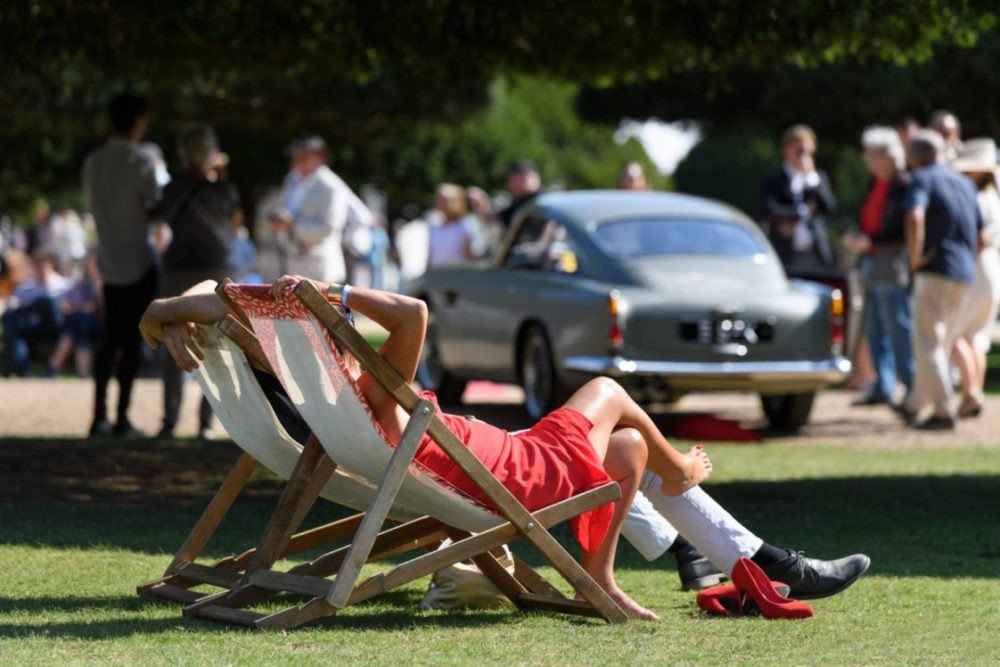 A spot of luxury shopping

There’s the opportunity for a bit of luxury shopping too, with pop-up boutiques from the likes of fine horologists A. Lange & Söhne and their intricately crafted German timepieces. You’ll also find fashion brands, including Mason and Sons and arthouses like Collier Dobson, providing a raft of places to while away your time among perhaps the finest collection of automobiles ever gathered in the United Kingdom.

As if all of that’s not enough, your entry ticket to the Concours of Elegance also includes access to Hampton Court Palace, the State Rooms and the Maze.