Blackbird Leys Park is a 9-hectare ‘green haven’ in the middle of Blackbird Leys estate, with a tree-lined meandering brook and open grass areas. It is located in the South East of Oxford next to Leys Pools and Leisure Centre.

The park was developed when the housing estate was built in the 1960s to house the workers at the Morris Motors Company Plant at nearby Cowley. In the early 1990s the development of Greater Leys began. The original Leys estate and Greater Leys are now simply known as the Leys and its population at the time of the last census stood at 13,586.

By foot/cycle: The park is surrounded by many residential streets and is easily accessible.

By bus: There are regular bus services to the park, run by Oxford Bus Company (routes 5) Stagecoach (1 & 12). The nearest bus stop is approximately a 1-minute walk

By car: There are two car parks, one off Cuddesdon Way and one next to Leys Pools and Leisure Centre, off Pegasus Road.

The park is open all day, every day.

Leys Pool and Leisure Centre adjacent to the park offers lots of wet and dry activities. 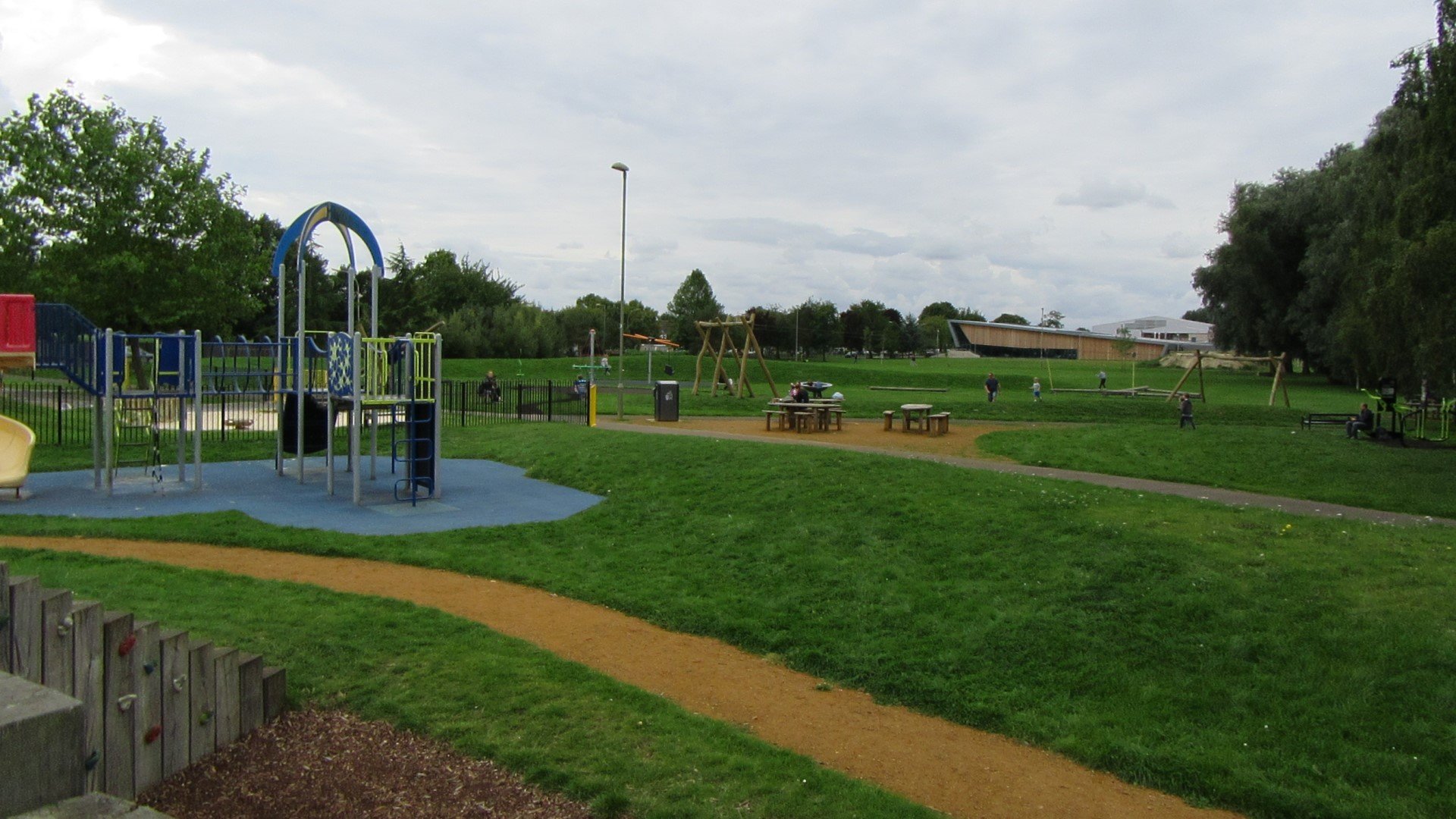