Broad Street is a wide street in Oxford, England. It is famous for its bookshops, including the original Blackwell’s bookshop at number 50. Locally, the street is known as The Broad.

Also in this street are Balliol College, Trinity College, Exeter College (front entrance in the adjoining Turl Street). The Museum of the History of Science (the original location of the Ashmolean Museum), the Clarendon Building, the Sheldonian Theatre and the new Bodleian Library building (the main University library, entrance in Parks Road) are important historical Oxford University buildings at the eastern end of the street. 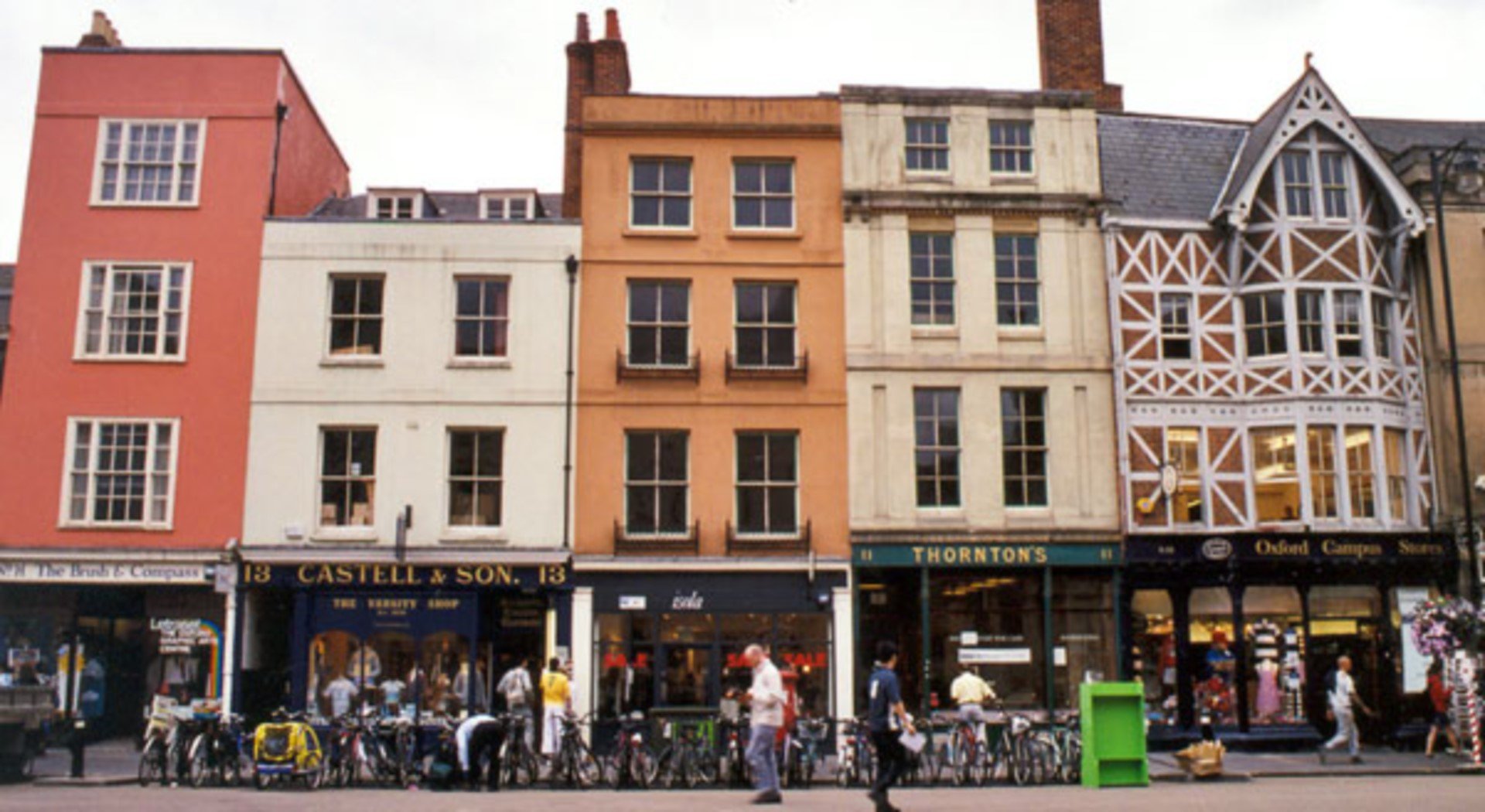