About the City of Oxford Rowing Club

City of Oxford Rowing Club is one of Oxford’s largest and most successful rowing clubs with membership open to all. The club is situated on a beautiful stretch of the River Thames known as the Isis, by Donnington Bridge in Oxford.

With over 300 members, it has thriving men’s, women’s, junior and adaptive squads, from beginners to elite. Alongside a strong competitive spirit, the club also enjoys a healthy social side, offering a wide range of opportunities for local people to enjoy all aspects of the sport.

The club was formed in 1968 by the amalgamation of Neptune (1863) and Hannington (1904) rowing clubs. It plays host to a number of popular rowing events including the Oxford City Royal Regatta, Oxford City Bumping Races and the Isis Sculls.

Rowing at the City Of Oxford Club is more than just a sport, it’s a way of life. Members regard each other as an extended part of the family, with a down to earth, friendly and positive atmosphere. There is always a broad range of activities and social events for everyone to take part in. Members volunteer their time and commitment to making the club a fun and friendly environment that can be enjoyed by all.

The club has a great range of facilities and boats that cater for rowers of all technical abilities, including juniors, adaptive, recreational, competitive and senior squads.

Membership of the club is open to all. As a member of the club, you will gain access to the gym and professional rowing equipment seven days a week, as well as the club bar and catering facilities which provide breakfast and evening meals on selected days of the week.

The club provides a comprehensive training program delivered by friendly and experienced coaches and coxes for whom rowing is their passion.

Rowing courses and events are held throughout the season including corporate eights, available to local businesses and organisations who wish to take up the sport.

The club has influenced a large number of people in extremely positive ways, creating lifelong friendships, improving fitness and with a positive environment that brings people together. This is why it is one of the largest clubs in Oxford with most of its members staying for the long term. 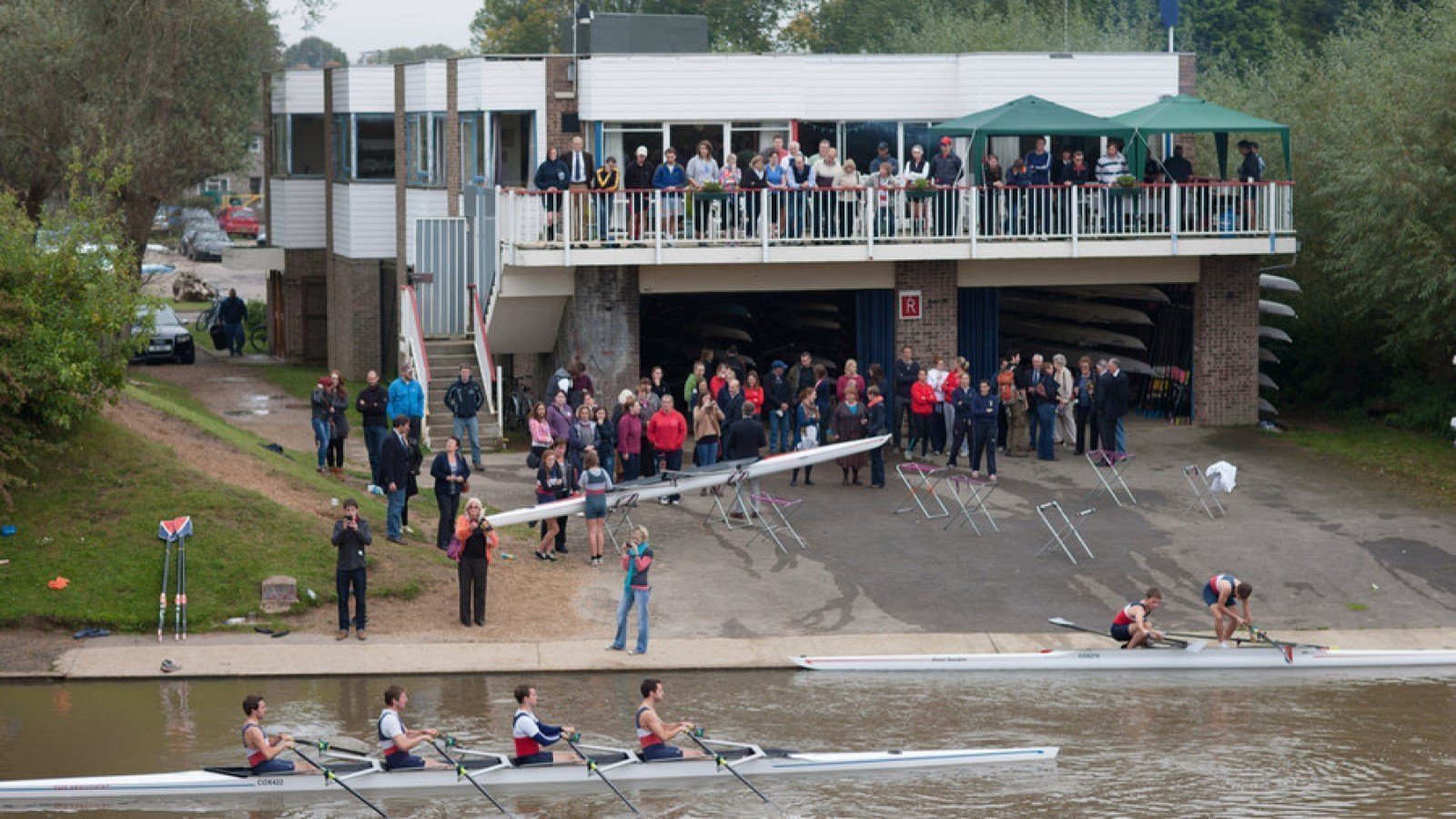