Cropredy is a village and civil parish on the River Cherwell about 6.4 km (4 miles) north of Banbury in Oxfordshire.

The village of Cropredy has its roots in Anglo-Saxon times, and its name is thought to be derived from the Old English word “croppe” – meaning hill and “ridig” – small stream. The village and its manor were mentioned in the Domesday Book (1086), and before the Reformation, it was part of the estate held by the Bishop of Lincoln.

The picturesque Oxford Canal and the River Cherwell run in parallel on the south-east border of the village. The Canal opened in 1790, and there is evidence of a former coal wharf, corn granary and brickworks, all of which used barges to transport their goods. The Toll Office still stands by the narrow section of the canal where an oak beam was lowered until the tonnage had been established and the tolls paid.

The Church of St. Mary the Virgin dates from the 13th Century with additions in the 14th and 15th centuries. There is evidence of an earlier Church on the same site. The South Chapel is dedicated to St. Fremund, who, according to legend, was the son of Offa of Mercia. 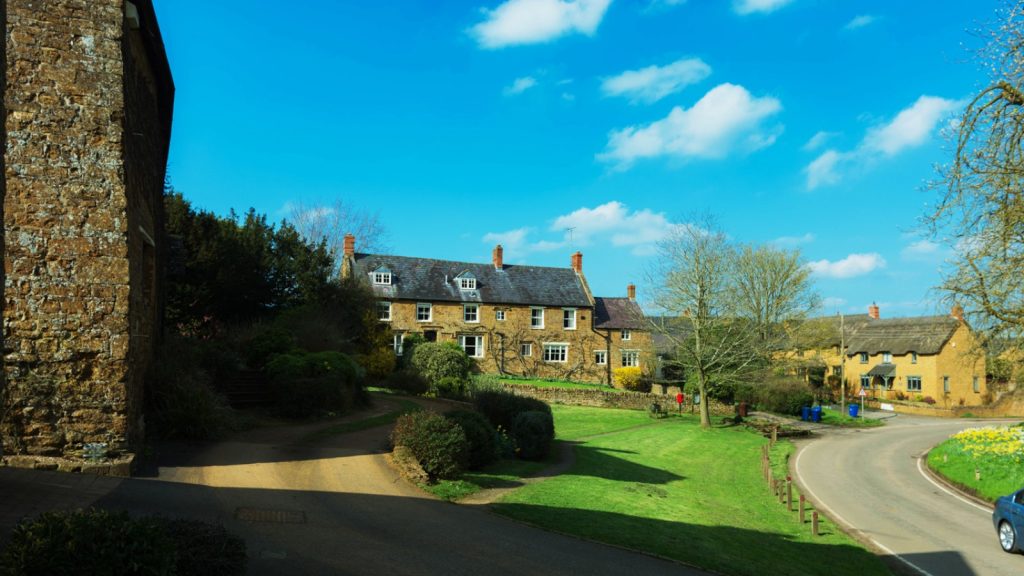