Set on the edge of the River Thames – 12 miles upstream from Central London, Hampton Court Palace in Surrey was originally a Tudor palace created for Cardinal Thomas Wolsey in the early 16th century. The Cardinal gifted the palace to King Henry VIII, and following a period of massive rebuilding and expansion, it became home to Henry VIII and his six wives. 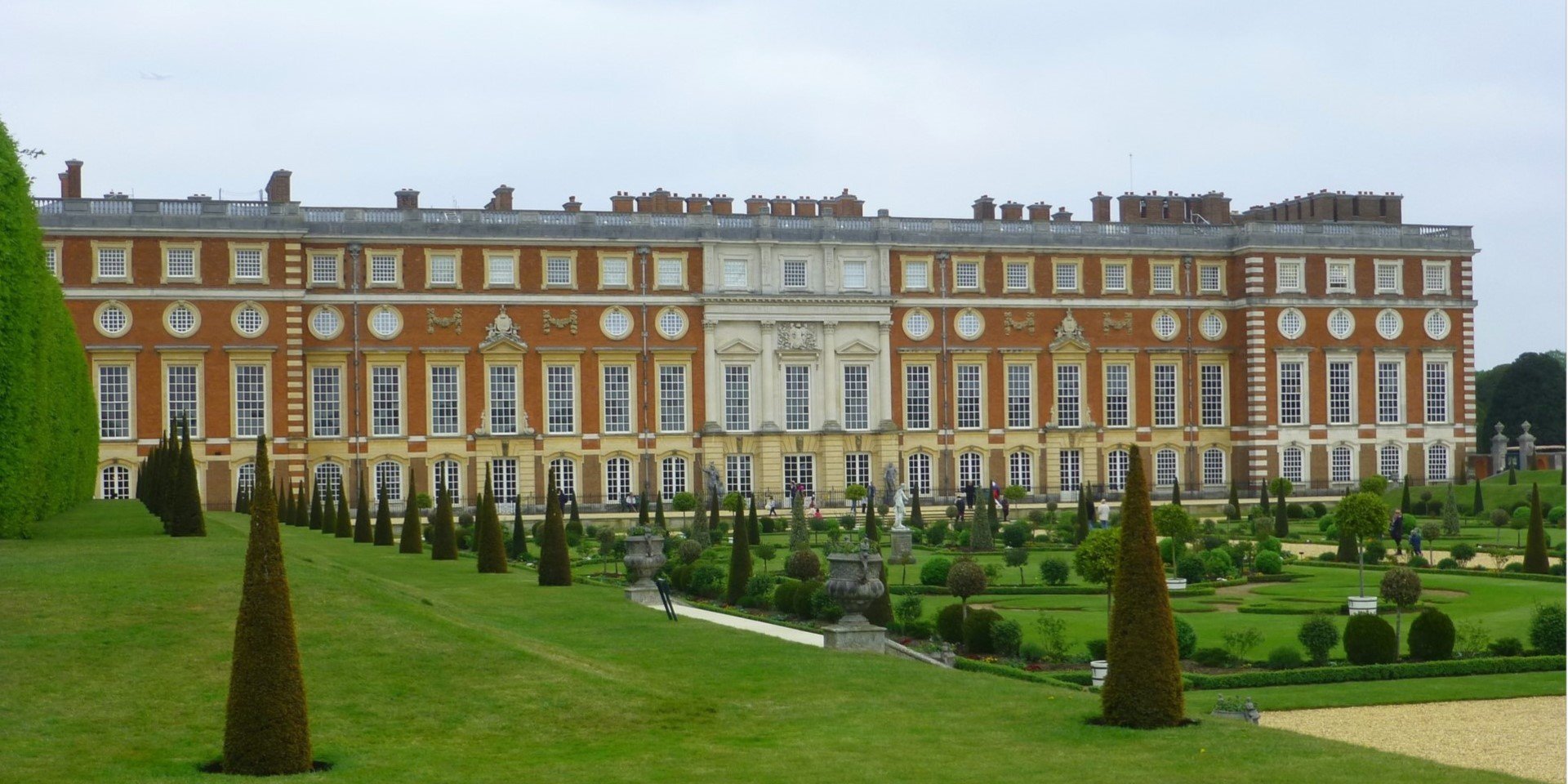