Oxford University Parks is conveniently located right at the heart of Oxford, and offers an escape from the hustle and bustle of the City. It’s a green oasis owned by Oxford University – with something to please everyone.

This beautiful space, originally owned by Merton College, was purchased by the University in the 1850s and first laid out as a Park for sports and recreational purposes in 1864.

Aiming to be available for the enjoyment of members of the University, local residents, and visitors to Oxford the park is open to the public almost every day of the year until dusk (the only exception being Christmas Eve) and boasts a choice of walks, a large collection of trees and plants and space for informal games and picnics.

For those that enjoy sports, there’s the opportunity, depending on the season, to catch a game of cricket, lacrosse, tennis, football or rugby. Harry Potter fans may even encounter a game of Quidditch in play.

The River Cherwell borders the northeast side of the park with a small plot of land (Mesopotamia) sitting between the upper and lower levels of the river. Norham Gardens is to the north, Parks Road to the west and with the Science Area on South Parks Road to the south, there really is somewhere to dream between the spires.

Oxford University Parks and Mesopotamia Walk are open daily from 07:45.

The University Parks close approximately 30 minutes before dusk each day and the Mesopotamia Walk closes 30 minutes earlier than the Parks.

Daily closing times are dependent on the hour of sunset and vary throughout the year. On rare occasions University Parks, or some sections of it, are closed to the public.

There are no public parking facilities at University Parks, however the site is easily accessed by public transport and is in walking distance of the city centre. Several local bus routes service the main roads running close to University Parks. Public car parking spaces are limited in the centre of Oxford but the city is serviced by several Park and Ride facilities. There are two-hour parking spaces in nearby Keble Road, Norham Gardens and Fyfield Road. Bicycles are not allowed inside the Parks’ gates. Bicycle racks are set into the pavement at the end of Keble Road. There are also cycle racks near the Genetic Garden entrance, in the Gene Function Building’s covered walkway into the Parks. 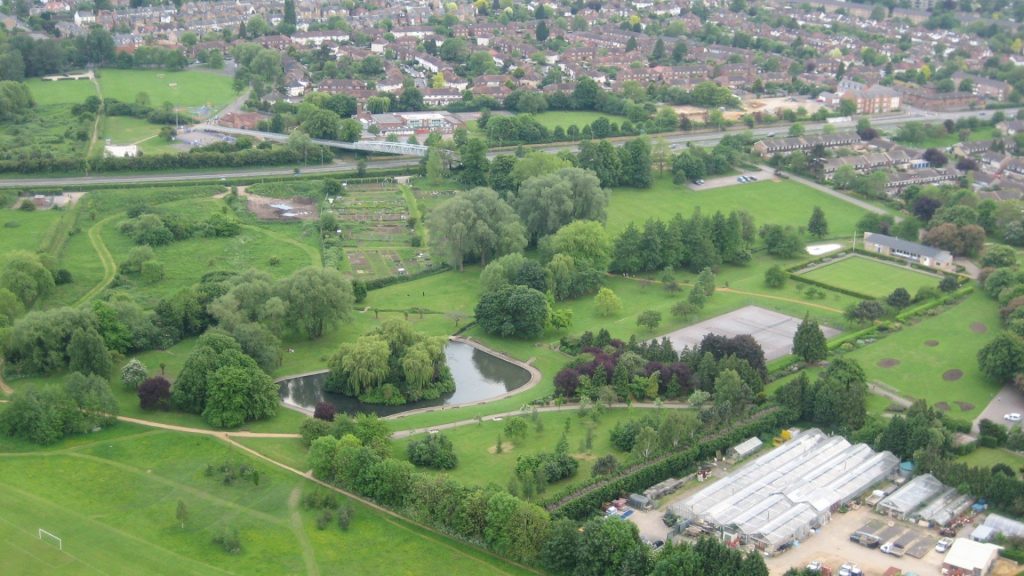